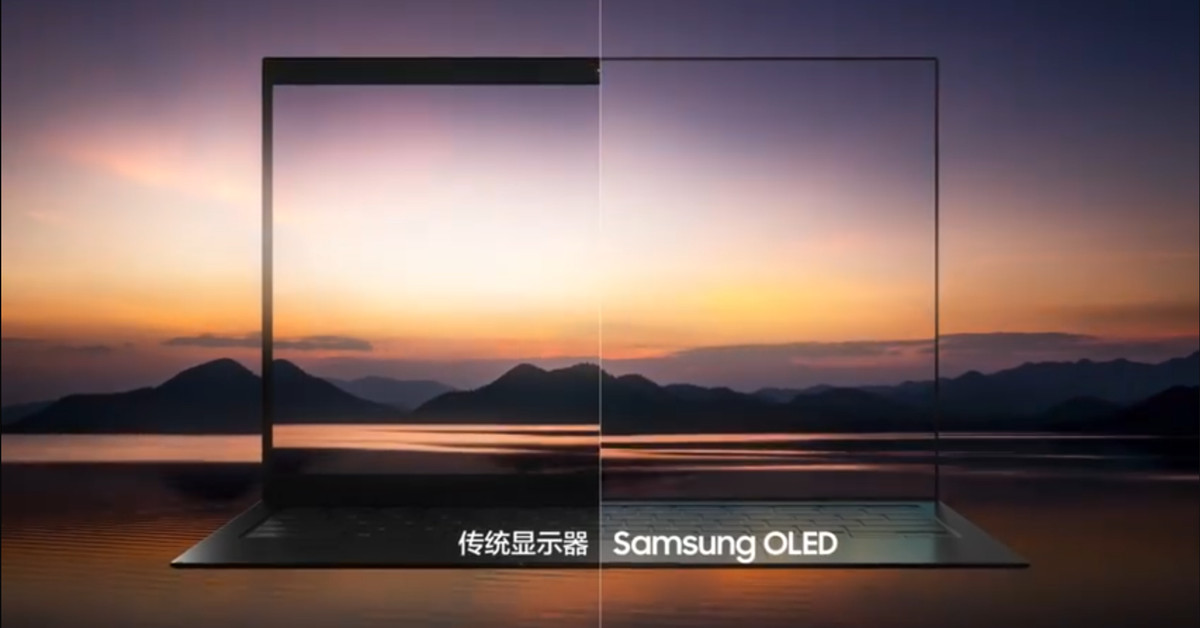 Samsung Display has released a teaser for its under-screen camera technology meant for laptops, dubbed “Samsung Blade Bezel,” on its Weibo page. It promises that its “UPC” (Under Panel Camera) tech can make a laptop’s bezels smaller without having to relocate its webcam, while also making the OLED display itself be both thinner and lighter. There’s no mention of the impact of the technology on the webcam’s image quality, however, which has become increasingly important in the age of social distancing.

We saw the first smartphone with an under-display selfie camera release commercially last year. However, the ZTE Axon 20 5G’s implementation of the feature simply wasn’t very good. The quality of its selfie camera photos was poor, and the portion of the display that covered the camera suffered from much lower resolution than the rest of the screen.

This isn’t the first time we’ve heard about Samsung Display’s under-panel camera plans. Previously, however, attention has focused on its use in smartphones, where manufacturers have obsessed over reducing bezel size in recent years. Back in 2018, Samsung Display mentioned under-display camera technology during a presentation about the future of phone design, and the following year an executive said the technology could be ready for use in smartphones “in the next 1-2 years.”

Wow ⊙∀⊙! Samsung Display reveals its under-Display camera technology for the first time, which will be used for OLED notebook screens first pic.twitter.com/Fu4Ublvsru

Now, it seems, the technology is also headed to laptops, where it could allow for smaller bezels without having to relocate the webcam to below the screen. That’s the approach taken by Huawei’s MateBook X Pro which has small screen bezels thanks to a webcam that’s built into its keyboard. Unfortunately, this placement means the webcam is directed at you from a very low angle, when ideally you want it to be positioned at eye-level. The Dell XPS 13 has a small bezel that’s still big enough for a webcam, but the camera’s quality isn’t great.

While the technology could make for better-looking laptops, it’s unlikely to do much for the image quality of built-in webcams themselves which continue to suffer from stubbornly low-quality despite their sudden importance in the age of COVID-19. Ultimately, laptops with better webcams, like the Pixelbook Go or Surface Laptop 3, tend to have larger bezels needed to house beefier imaging components.

Samsung Display provides panels to a variety of different manufacturers. That means we could see Samsung Blade Bezel technology appear in laptops across the industry, rather than being confined to Samsung’s own devices. Today’s teaser doesn’t mention when the first laptop with the technology could release, however.

As for when an under-display camera could appear in Samsung’s smartphones, a recent report from The Elec suggested that it might make its debut in the company’s third-generation Fold.

Folk Songs to Celebrate the Occasion