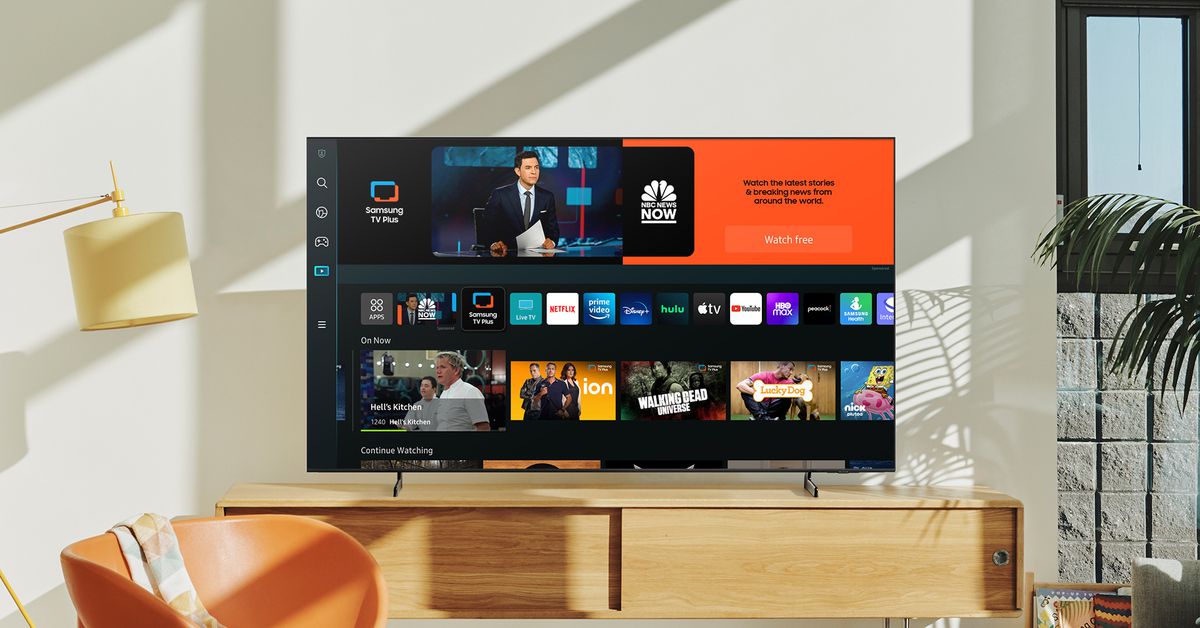 In addition to the new shows, TV Plus is getting two exclusive Samsung-owned channels: Ride or Drive, a station geared toward car fans, and Samsung Showcase, a channel dedicated to “concerts, events, and special programming.” It’s also partnering with A&E to launch a new home improvement-focused channel, called Home.Made.Nation.

And while Samsung already offers several local and nationwide news channels, including ABC News Live, CBS News, NBC News Now, and more, Samsung says it plans on extending local news and weather coverage to more areas of the US. It also wants to double its video-on-demand library in 2023 by utilizing “new and expanded partnerships” with Lionsgate, Vice Media, and more.

First launched in 2015, Samsung TV Plus has been around for quite a while now. The service comes installed on TVs released in 2016 or later, Galaxy devices, and select Family Hub refrigerator models. Samsung even launched TV Plus on the web last year, making its free channels available to anyone without a compatible Samsung device. Right now, Samsung offers 220 channels in the US, as well as a total of 1,600 channels split across 24 different countries.

Samsung says TV Plus saw a 100 percent growth in consumer viewing over the past 12 months, with viewers streaming 3 billion hours globally. The overall free ad-supported TV (FAST) streaming industry, which includes contenders like Paramount’s Pluto TV, NBC’s Peacock, Fox’s Tubi, Amazon Freevee (formerly IMDb Freedive and IMDb TV), Roku, and Comcast’s Xumo, has been on the rise as well, filling in the gap for those who might not have linear TV but don’t want to pay for a streaming service. In January, a report from data analytics group Kantar revealed that 18 percent of households in the US now use a FAST service, a number that has doubled year over year.