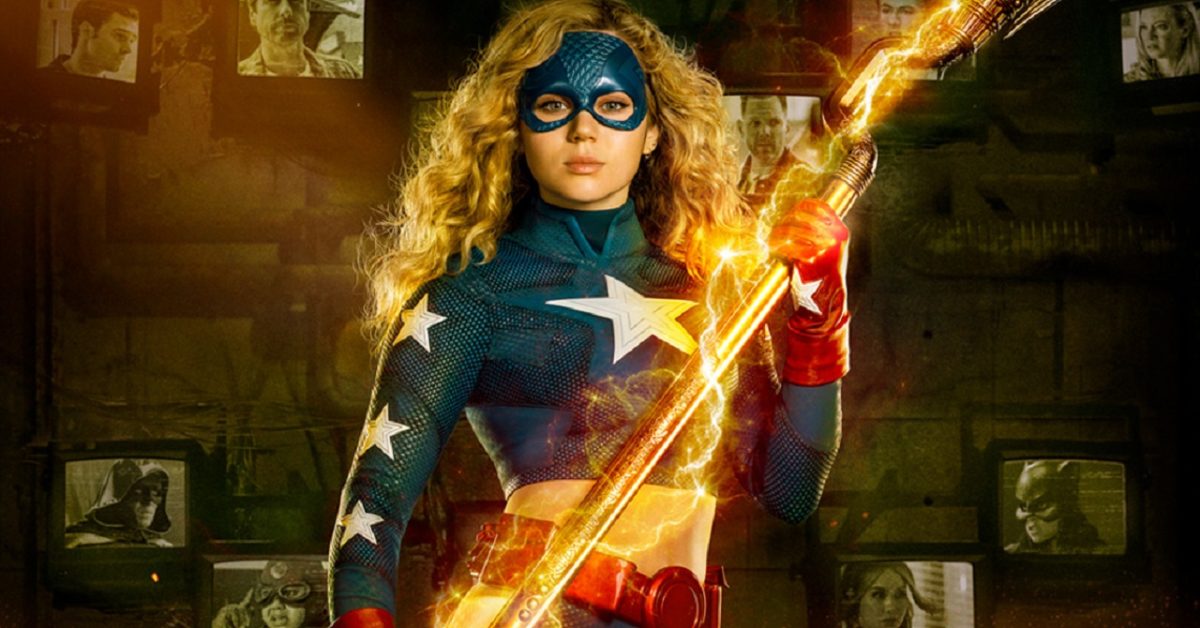 Based on how the second season of The CW’s Brec Bassinger-starring DC’s Stargirl ended, it’s no surprise that the third season is subtitled “Frenemies.” Courtney (Bassinger) and the JSA find themselves dealing with a “new world order” in Blue Valley as enemies become friends, alliances begin to shift, and this feeling of a bigger bad out there waiting to strike hovers over it all. Not helping matters a whole lot? A murder mystery that the series star teases during an interview with EW will “shock you.” In the following highlights from their conversation, Bassinger shares how the season’s big bad relates to the mystery and how the season’s theme factors into it.

Prepared to Keep Guessing “Whodunit?”… and You’ll Still Be Wrong: “It will shock you. You will not see it coming. I think I was one of the only ones — I think it was maybe three people on set who knew the ending, me being one of them, and every person I’ve talked to when they read the script or the editors when they watched the first cut, they were all shocked. At different times of the season, you’ll think it’s different people — and every time, you’ll be wrong. The ending will shock you.”

“Frenemies” & A Murder Mystery Contribute to Different Tone… But Some Things Don’t Change: “It’s a murder mystery, that’s what we were going for. And we definitely did some unique things in some scenes, going back and forth to flashbacks at the crime scene and then saying something and then changing the words, and it definitely gave it a different feel. There’s something our showrunner always says, regardless of the tone of the season, he always wants to fall back on the three ‘H’s: heroics, humor, and heart.’ So despite the storyline or regardless of the tone, you can always assume that we will have all three of those things.”

DC’s Stargirl Season 3 Episode 1 “Frenemies – Chapter One: The Murder”: STARMAN IS BACK — With Starman (Joel McHale) back from the dead and her former super-villain enemies vowing to reform, Courtney (Brec Bassinger) is hopeful that there will finally be peace in Blue Valley. But when The Gambler (guest star Eric Goins) arrives in town looking to make his own amends, the team finds themselves at odds over whether he can be trusted. Luke Wilson, Amy Smart, Yvette Monreal, Anjelika Washington, Cameron Gellman, Trae Romano, Meg DeLacy, Neil Hopkins, Joy Osmanski, and Alkoya Brunson also star. Andi Armaganian directed the episode written by Geoff Johns.

DC’s Stargirl Season 3 Episode 3 “Frenemies – Chapter Three: The Blackmail: FINDING BALANCE – Courtney (Brec Bassinger) and the JSA receive an anonymous tip that could help in their murder investigation. Meanwhile, after being told to find balance, Sylvester (Joel McHale) looks into potential jobs in Blue Valley, while also trying to figure out who he is without his Starman identity. Walter Carlos Garcia directed the episode written by Taylor Streitz

For a look at just how complicated things are about to become in a town where enemies are now allies and two “Star” heroes might just be one too many, here’s a look at The CW’s DC’s Stargirl, returning for Season 3 on Wednesday, August 31:

The CW drama series DC’S STARGIRL follows high school student Courtney Whitmore (Brec Bassinger) and her stepfather Pat Dugan (Luke Wilson) as she leads an unlikely group of young heroes to take on the legacy of DC’s very first superhero team, the Justice Society of America. The third season finds Starman (Joel McHale) back from the dead and offering to train Courtney while she helps him adjust to his new life in the quiet town of Blue Valley. But when there’s a murder that needs to be solved, the mystery will not only have our heroes questioning the former super-villain’s commitment to truly reforming but lead Courtney, Pat, and Starman to a secret that will shock them all to their very core.

Casual Games to Play – Save the Doge