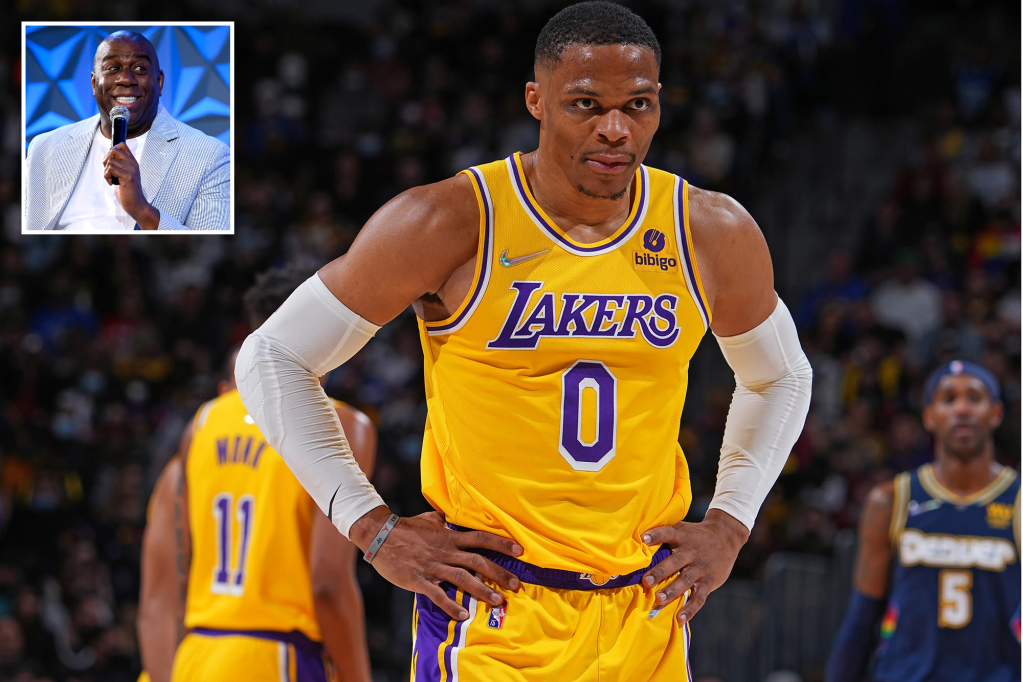 Magic Johnson ripped the Lakers on Twitter Saturday night, adding to the franchise’s list of problems following a 37-point loss at the hands of the Nuggets.

“We as Lakers fans can accept being outplayed, but we deserve more than a lack of effort and no sense of urgency,” Johnson tweeted. “Owner Jeanie Buss, you deserve better.”

The loss was the second-biggest defeat of LeBron James’ career. James didn’t speak to reporters after the game. But Russell Westbrook was asked about the Lakers legend’s comments.

“I do not have a reaction,” Westbrook said. “Everybody is entitled, in this world, to their opinion. Regardless of what that it is. You can either take it and run with it or you can take it and put it in one ear and out the other or you cannot respond to it.

Dwight Howard told reporters it was telling that Johnson criticized the team online and not in person.

The message, though, was one the Lakers struggled to argue with.

“We just got to play hard,” Westbrook said. “Sometimes the schemes and how you play doesn’t really matter. You got to play hard sometimes. Teams are playing harder than us, simple as that.”

It’s the second time this year Johnson has gone after the Lakers on social media.

Back in October, he tweeted, “The @Lakers have team issue and a basketball issue,” after the team got off to an 0-2 start.

Things haven’t gotten much better since then. At 21-22, the Lakers are below .500, and after that loss, they don’t look close to figuring things out.

‘Atrangi Re’ was never about mental illness for me, says Aanand L Rai on film’s criticism

Within the ashes full of memories, a wedding ring is found