Rules issued for those wanting to pay respects to the queen 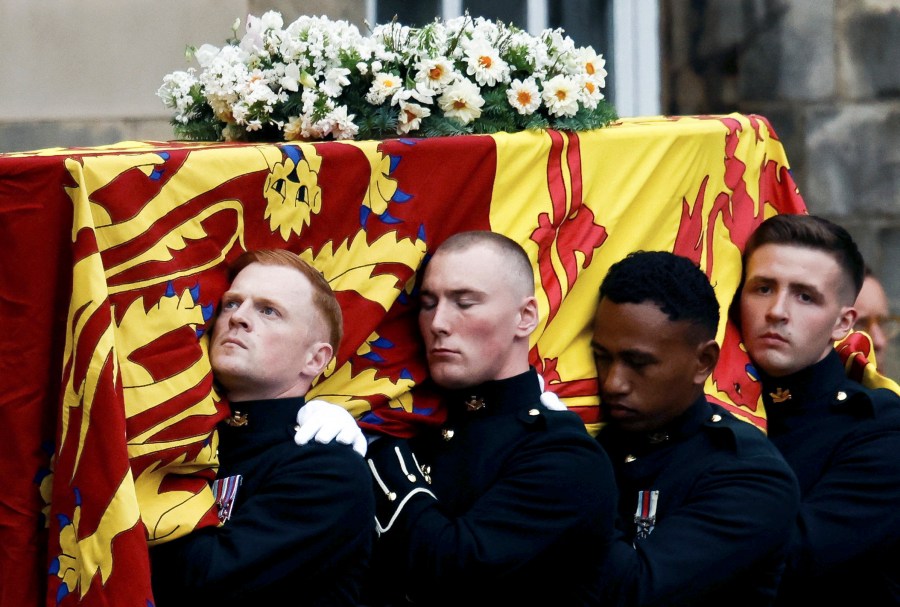 LONDON (AP) — People wanting to pay their final respects to Queen Elizabeth II as she lies in state at the Houses of Parliament in London need to be prepared for a long wait.

The government has published guidelines for people wishing to file past the late queen’s closed coffin as it lies in state at the Palace of Westminster from 5 p.m. (1600 GMT) Wednesday until 6:30 a.m. (0530 GMT) on Sept. 19. Thousands are expected to want to pay tribute to the only monarch that many in the United Kingdom have ever known.

The rules were made public a day after thousands of people lined roads and bridges Sunday as a hearse carried the queen’s coffin across the Scottish countryside from her beloved Balmoral Castle to Edinburgh.

“If you wish to attend the Lying-in-State, please note that there will be a queue, which is expected to be very long. You will need to stand for many hours, possibly overnight, with very little opportunity to sit down as the queue will be continuously moving,” the Department for Digital, Culture, Media and Sport said in its guidelines.

The closed coffin of the monarch who died Thursday at 96 will rest on a raised platform called a catafalque in Westminster Hall at the Houses of Parliament.

“Large crowds are expected, and there are likely to be delays on public transport and road closures around the area,” the ministry warned.

Visitors will have to pass through airport-style security and can only bring one small bag with one zipper opening. Larger bags can be stowed at a special facility — but only if there is space available.

The ministry advises people to bring essentials for a potentially long wait exposed to whatever elements an early fall day in London can throw at them — an umbrella or sunscreen, a cell phone power bank and any needed medication.

No food or liquids will be allowed past security screening at the Houses of Parliament. Nor will flowers or other tributes such as candles, toys or photographs.

“Please respect the dignity of this event and behave appropriately. You should remain silent while inside the Palace of Westminster,” the advice says, adding that people must dress appropriately and turn off their mobile phones before going through security.

Included in a list of things not to do: “Film, photograph, use mobile phones or other handheld devices in the security search area or within the Palace of Westminster. Bring or erect gazebos or tents. Light barbecues and fires.”

And a long list of prohibited items includes fireworks, smoke canisters, flares, whistles, laser devices and other items that could be used to cause a disturbance as well as any banners, placards, flags, advertising or marketing messages.

Follow AP stories on Queen Elizabeth II’s death and other stories about the British monarchy at https://apnews.com/hub/queen-elizabeth-ii

Giancarlo Esposito Still Down to be Prof. X When Marvel is Ready to Talk