Rorschach: The Watchmen Sequel Hints at Its REAL Villain 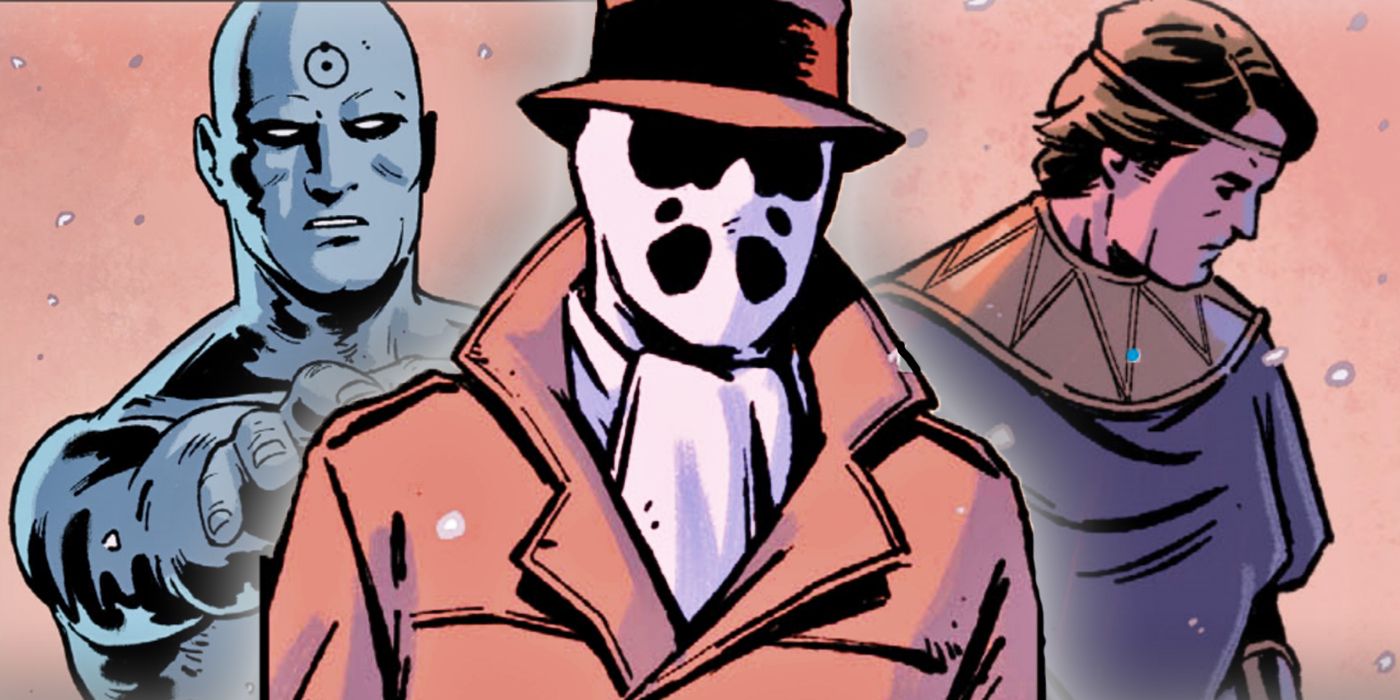 In the latest issue of “Rorschach,” the investigation into the new vigilante continues, and the real villain of the series may finally be revealed.

Ever since the start of the new Rorschach series, an unnamed investigator has been trying to unravel the mystery of a new Rorschach and his young sidekick, The Kid, who both died while attempting to kill presidential candidate Turley. In the Black Label series’ third issue, the tragic origin story of The Kid, aka Laura Cummings, was revealed, and it was clear that her part in this story was larger than it appeared at the beginning.

Now, as the investigator continues to follow the trail of evidence, he pays a visit to a prison inmate, one of Laura’s old acquaintances who has been incarcerated for multiple murders. And through his interrogation, he concludes that The Kid may be the real villain of this mysterious series.

In prison, the investigator visits a circus performer known as Muscles, the Man Mountain. Muscles was a strongman for a circus show that Laura Cummings was a part of. Her act involved her greatest skill, sharpshooting, and she and Mountain became close friends. In fact, he fell in love with her, although his feelings were never reciprocated. Muscles is a bit of simpleton, and all he seemingly cared about was making Laura happy.

Their relationship changed however when she told him she intended to kill a man who had confessed to killing his wife. In a bid to protect Laura, Muscles killed the man first. After this, she confronted the strongman for what he had done, and she convinced him that he had the soul of Rorschach inside of him.

Laura was raised by a father who firmly believed that the attack on New York fabricated by Ozymandias was truly an attempt at an alien invasion, and that the psychic squids would one day return. He brainwashed his daughter into believing that anyone who was acting erratically or opposite to accepted conformity had been compromised by the squids, and that they needed to be killed.

Rorschach #4 reveals that Laura also believes that Dr. Manhattan killed Rorschach and all the other Watchmen, except for Ozymandias. But the belief isn’t that he actually killed them — instead, she believes that he transferred all of their souls into the bodies of other people in the world, secretly reincarnating them in order to protect them from the squids. Of course, the alien squids aren’t real, and Manhattan didn’t kill the other Watchmen, but all of this is very real to Laura, as is her war with the squids.

In Rorschach #4, we get a sense of how dangerous The Kid really is. Not only did she convince Muscles that he had the spirit of Rorschach inside of him, she also set him loose on various people deemed criminals — his victims. As “Rorschach,” Muscles killed multiple people, until he was eventually caught. At that point, Laura cut all ties with him, and she even told the police she was afraid of him. She essentially left him to the wolves — only to start all over again with someone else.

After Muscles, Laura found Wil Myerson, an aging comic book artist, and it looks like she convinced him that he had the spirit of Rorschach inside him as well. It’s how the two ended up working together, and plotted to kill candidate Turley.

Whether she is intentionally acting as a mastermind or not, it looks like Laura may be the one who is ultimately behind all of this. And while she was killed at the start of Rorschach #1, Muscles believes she’ll find a way to return somehow. For now, it’s just a haunting prediction, but it truly makes us wonder if perhaps Laura isn’t really dead. Clearly, there is a lot more to this case that needs to be solved — and it all revolves around The Kid.

Everything You Need to Know