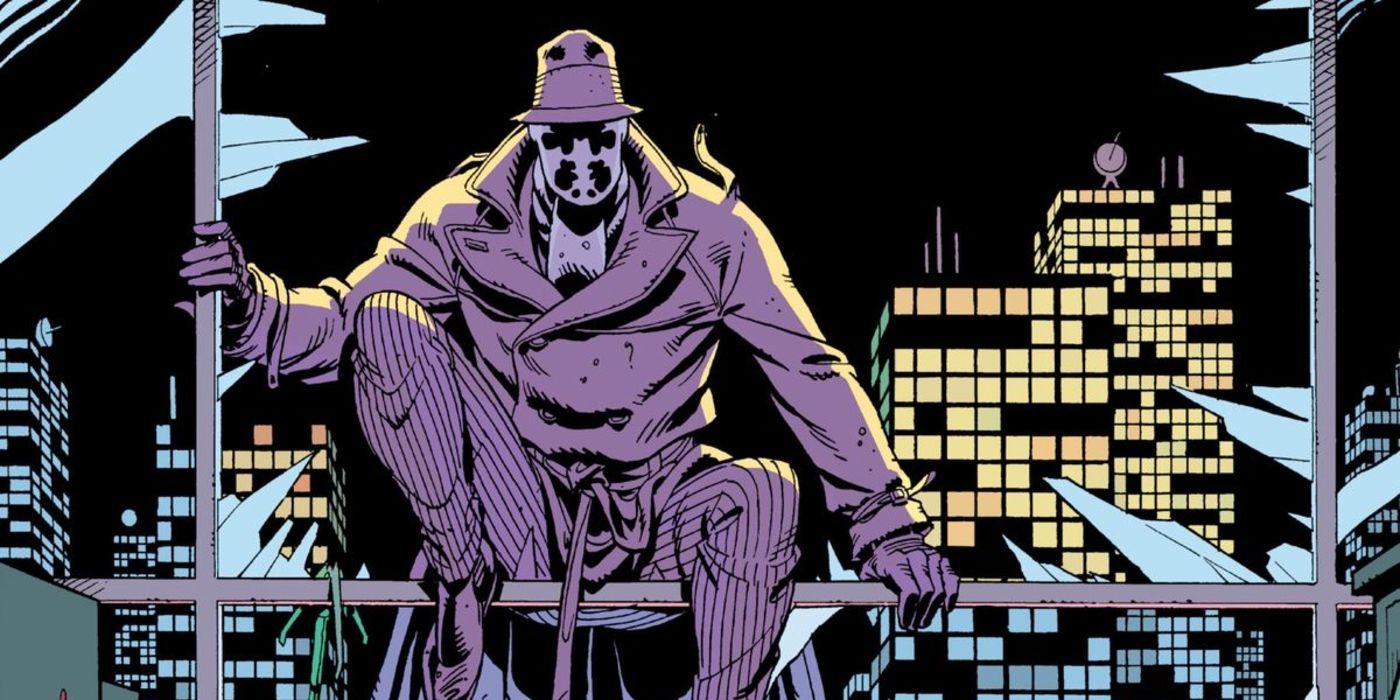 In Rorschach #4 by Tom King and Jorge Fornés, a circus strongman recreates one of Watchmen’s most famous scenes — and it leads to a lot of questions.

In Rorschach #4, the unnamed investigator continues to dig into the past of Laura Cummings, aka The Kid. This time, he visits one of her old acquaintances, a former circus strongman named Muscles the Man Mountain, who is now in prison after killing multiple people. Muscles and Laura were close friends back when they both worked at the circus, and the investigator is keen on learning any more information he can about the mysterious Rorschach’s new sidekick.

The interrogation takes an odd turn when Muscles reveals that he believes Rorschach’s soul has been reincarnated inside of him. It’s at this point that Rorschach #4 recreates one of the most famous scenes from the original Watchmen by Alan Moore, Dave Gibbons and John Higgins. By depicting a new twist on a classic moment,  Watchmen #4 brings up a whole bunch of questions.

In the interrogation, Muscles explains that Laura convinced him that the soul of Rorschach was reincarnated inside of him after he killed a man to protect her. Laura told him that Dr. Manhattan killed Rorschach and all the other members of the Watchmen superhero team (except for Adrian Veidt) and dispersed their souls so that they could live on in the bodies of others. According to Laura, Dr. Manhattan did this to protect his teammates from the alien squids.

After Muscles killed the man attacking Laura, Laura saw him for who he really was: Rorschach. Muscles was so in love with her that he simply believed her. He then put on the Rorschach costume and brutally killed several people before he was eventually arrested and locked up.

A brief flashback from Muscles time in prison then shows him yelling “I’m not in here with you! You’re in here with me!”

This is, of course, a recreation of a famous scene from the original Watchmen. After Walter Kovacs was arrested and put in prison, the vigilante found himself trapped in a place where everyone wanted to kill him. After one inmate attacked him, Rorschach savagely fought back and famously roared, to all the prisoners around him, “None of you understand. I’m not locked up in here with you. You’re locked up in here with me.”

In Rorschach #4, Muscles doesn’t quote Walter Kovacs exactly, but the homage to the scene is unmistakable. What’s more, it actually leads to a whole lot of questions. Since Muscles believes he is Rorschach reincarnated, the first obvious question is, could it be true? If Muscles says almost the exact same line when he too is locked up, then could a part of Rorschach truly be alive inside of him?

Of course, that seems unlikely, given that Laura’s story was told to manipulate him and because we the readers know that her theory about reincarnated Watchmen isn’t real.

But then, why did Muscles say that to the other inmates? There’s a possibility that Kovacs’ time in prison was well documented and made public, and that somehow Laura and Muscles learned of the famous line. But it could also be a coincidence — an homage meant to work as a reflection of the original Watchmen. Symmetry was always an important theme in the comic, as well as in the character of Rorschach himself — and that symmetry appears to once again be on display in the Black Label series.

King in Black Teases the Corruption of an Iconic MCU Hero

Minecraft Earth AR Mobile Game Shutting Down on June 30: All You Need to Know