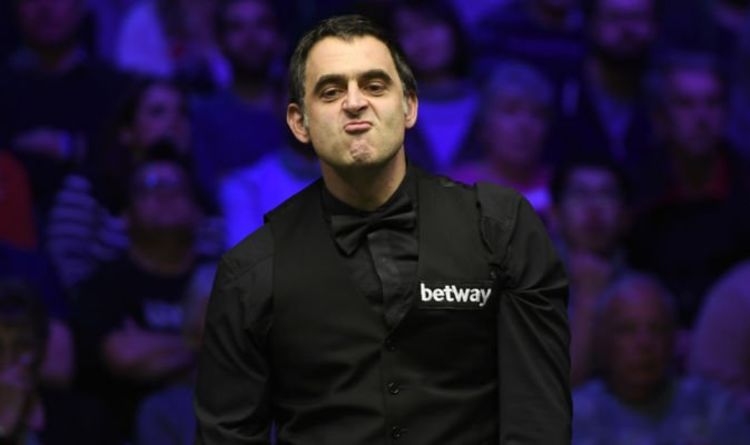 Ronnie O’Sullivan has claimed his Masters first round opponent Ding Junhui does not have the hunger to challenge the best players in the world, such as Judd Trump, Neil Robertson and Mark Selby.

O’Sullivan has had a turbulent season reaching two finals but not securing any silverware.

Junhui has also underperformed, losing in each of his four quarter-final appearances.

The pair go head-to-head at the Marshall Arena tomorrow and the Rocket has questioned his opponent’s hunger.

“Ding’s a fantastic player as far as his cue ball, his break-building ability and he’s playing a lot more this year. That’s good for him,” O’Sullivan told the Metro.

“Snooker at the moment is like a 9-5 job, you’ve got to turn up every day and play. Some days are not great, some are good and at some point you’ll hit a point where you’re playing very well and get victories. I’m sure that’s Ding’s approach, playing a lot more.

“Ding is a bit like me, I’m not sure he’s got the hunger or desire for it now. Ability is one thing, but hunger and desire…there’s going to be times when you’re playing Judd or Selby or Robertson and you’ve got to want it as much as them and they want it really bad. That’s what wins them tight, big matches.

“It’s not a criticism of Ding there’s just different levels of hunger. He’s hungry to win, yeah, you ask him if he wants to win tournaments his answer is ‘yeah’ but it’s how badly?

“Sometimes it’s got to feel like a matter of life and death. That sounds crazy, but if you just think ‘well, if I lose it’s not the end of the world’ that’s the difference between life and death and thinking it don’t really matter.

“That’s dangerous thinking. It’s how much you want it at the end of the day and you’ve got to be true to yourself.

“It’s a commitment and I think Selby, Robertson, Trump, have made that commitment to embrace the ups and the downs that come with it.”

Although critical of Junhui’s appetite, O’Sullivan has draw similarities with his own attitude.

“Maybe me and Ding think the idea sounds good but the actual reality of it is tough,” he added.

“When you’re younger, fit and healthy it’s the right time to take that approach so he’s in a good place to do it.

“I’m a huge fan of Ding. He’s one of them players that could play until he’s 50. He plays the game a bit like Steve Davis, with his positioning he doesn’t really have to pot hard balls.

“Hopefully he’s around for a long time because he’s been great for snooker and snooker in China.”