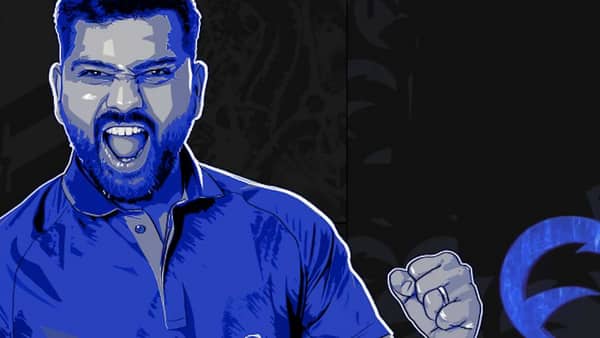 Rohit Sharma on Thursday announced his first personal non-fungible token (NFT) which will be launched later this week on FanCraze. The NFT contains an artwork of a rhino along with Sharma’s image, personalized with an autograph.

The cricketer said he has always lent his voice to conservation and spoken about various social causes. This NFT raises awareness on the conservation of the great one-horned rhinoceros.

“It is special for me to take a cause so close to my heart into newer mediums to raise awareness,” said Sharma, who is managed by Reliance-owned RISE Worldwide. “We all need to work towards leaving a better world behind, and the NFT with FanCraze will give fans the opportunity to own unique artwork and spread the word around the ‘Rohit4Rhinos’ campaign,” he added.

Anshum Bhambri, CEO of the firm, said “It is remarkable that, with his first personal NFT, Rohit is leveraging this disruptive product to create awareness for the ‘Rohit4Rhinos’ campaign. This is just the beginning of what is possible if one combines creators, content, and commerce.”

The company’s current partners include the ICC, Cricket West Indies (CWI), and a number of yet to be announced marquee teams, leagues and cricket stars that give the company an NFT portfolio of more than 20,000 cricketers.

Sharma launched the ‘Rohit4Rhinos’ campaign in 2015, in partnership with WWF India and Animal Planet. In the past, he has taken a unique approach to speak up about the cause – in his team’s IPL 2021 opener, he wore shoes with the message ‘Save the Rhino’.

NFTs had gained a lot of popularity globally in the last few years. Mint recently reported that as per CryptoSlam data, its global sales had dropped this year though. According to the company, they stood at a record over $4.62 billion in January 2022, slumped to about $2.99 billion in February and halved to $2.44 billion in March 2022.

Denial of responsibility! My droll is an automatic aggregator of the all world’s media. In each content, the hyperlink to the primary source is specified. All trademarks belong to their rightful owners, all materials to their authors. If you are the owner of the content and do not want us to publish your materials, please contact us by email – [email protected]. The content will be deleted within 24 hours.
FanCrazenftrise worldwideRohit Sharma
0
Share

The attorney general’s office was worthy of respect. Suella the stooge disgraces it | Nick Cohen