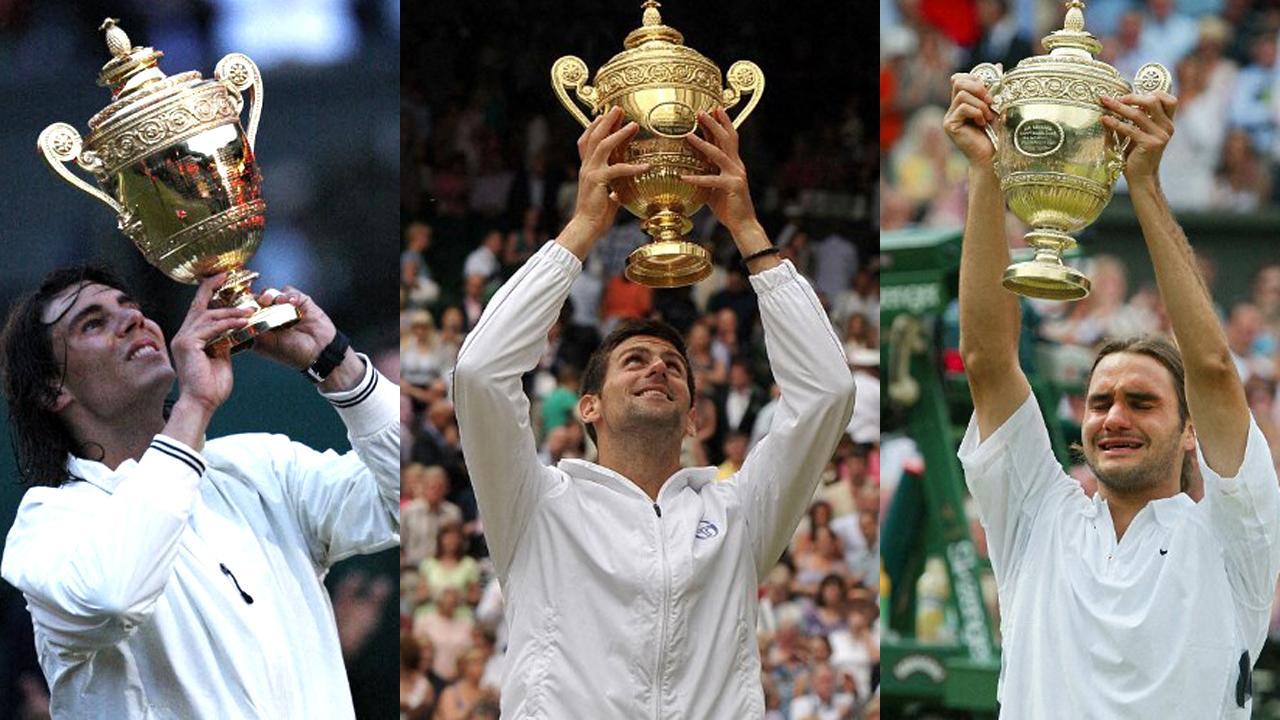 When Pete Sampras, arguably the greatest and certainly the most successful tennis player of the previous millennium, retired from the game after winning his last professional match – the 2002 US Open finals – to clinch a then-record 14th Grand Slam, we couldn`t have imagined that this monumental achievement would be eclipsed in just 7 years. After all the previous record of most majors stood for 33 years since Roy Emerson won his 12th in 1967, which was surpassed by Sampras at Wimbledon 2000.

Emerson`s more illustrious and acclaimed compatriot Rod Laver became the first and to date the only player in the open era to win all 4 majors in a calendar year. He achieved the staggering feat in 1969. Leave aside a calendar slam, it took 30 years before anyone could even accomplish a career slam. Andre Agassi managed to scale that peak by winning the French Open in 1999 and in exactly a decade, by 2009, the flamboyant American was not the only companion with the legendary Australian at the career slam summit.

Roger Federer, the congenial superstar, equalled Agassi in Paris and went ahead of Sampras in London in the summer of 2009. He soon had company too. By 2010, Rafael Nadal and by 2016, Novak Djokovic had achieved the career slam and in 2020 and 2021 respectively, the Spaniard and the Serbian matched the Swiss genius` 20-slam record.

Sporting records are always bettered in due course. It is a testimony of humanity`s progress. Yet, when such formidable and improbable feats are supplanted by as many as three players in such a short period, followers of the game are left marvelling.

Comparisons, they say, are reprehensible but they are also irresistible. It has often been suggested, and quite fairly so, that comparing across generations is odious and futile. Be that as it may, here we are talking about three contemporaries. Sports does not always have the precision of science. It entails the aesthetics of art, hence the subjectivity that shrouds clear answers.

Interpreting empirical data, one should logically vote for Djokovic. He has been the world number one for the longest duration, record 329 weeks, considering his recent dominance that is sure to increase substantially. Besides 20 slams, he is the only player in the open era to have won every major at least twice. He has a better head-to-head record against both Federer and Nadal, is currently on course for a calendar slam, rather a Golden Slam that no male and only Steffi Graf amongst the female players has achieved. Basis current form and fitness, one would put his money on the Serbian to surge ahead of both his rivals in terms of overall slams, a record which doesn`t look like being broken anytime soon.

Data analysis offers the flexibility of examining various angles. Federer holds the record of world number 1 for the maximum consecutive weeks, a record 237. At 103, he has the most ATP singles title of the three, behind only Connors. During his most successful phase, his dominance was unparalleled. Between Wimbledon 2003 to Australian open 2010, he won 16 majors in a little over 6 years, thrice winning 3 majors in a calendar year. Novak took more than 11 years after winning his first in 2008 to reach the 16-slam mark.

No player in tennis history has ruled one surface the way Nadal has. His 13 French open titles will rank amongst the most spectacular sporting achievements in any sport, leave aside tennis. It is the equivalent of Bradman`s batting average in test cricket or Pele`s and Dhyanchand`s career goals. Only he displayed the capacity to stall or sometimes even derail the rampant Fedex juggernaut at its peak.

Drawing from the above, for longevity and overall success you have to give it to Djokovic. When you compare the prime of all three, it veers towards Federer and on best surface dominance, Nadal tops.
Raw data doesn`t reveal the artistry of Roger that has enthralled people across geographies and generations. His play is poetry in motion. The fluid serve, one-handed free-flowing backhand, singeing forehand and deft volleys make him the most complete tennis player, a connoisseurs delight.

The physical and mental tenacity, athleticism, stamina, consistency, focus and determination along with the best service return and ever-improving gameplay have imparted that sheen of invincibility to Novak.

Comparing with yesteryear players, we may bracket McEnroe, Becker, Sampras, and Federer as one genre and Borg, Lendl, Agassi, Djokovic another. They are, for me, a cut of the same cloth, constantly upgrading software. Now when you look at Nadal, he is sui generis, in a class of his own. His playing style has perhaps no direct reference. The heavy topspin on either flank, the brute physicality, ball retrieval seems incomparable.

For natural talent, it should be Federer, for resilience – Djokovic and for inimitability – Nadal.

Statistics don’t lie but they do often equivocate. Numbers won`t reveal the above. You need a writer or a commentator to expound. Better still if you are an aficionado and experience first hand. Yes, no definite answer but then who cares! What a privilege it has been to watch the big three in the same era. Enjoy it till it lasts.

Denial of responsibility! My droll is an automatic aggregator of the all world’s media. In each content, the hyperlink to the primary source is specified. All trademarks belong to their rightful owners, all materials to their authors. If you are the owner of the content and do not want us to publish your materials, please contact us by email – admin@mydroll.com. The content will be deleted within 24 hours.
Andre Agassibest tennis playerGrand Slamsmost grand slamsnovak djokovicPete Samprasrafael nadalroger federer
0
Share

Airtel launches new plans postpaid plans for retail and corporate customers: All details of what has changed and what not

Syria accuses Israel of carrying out strike, second in a week