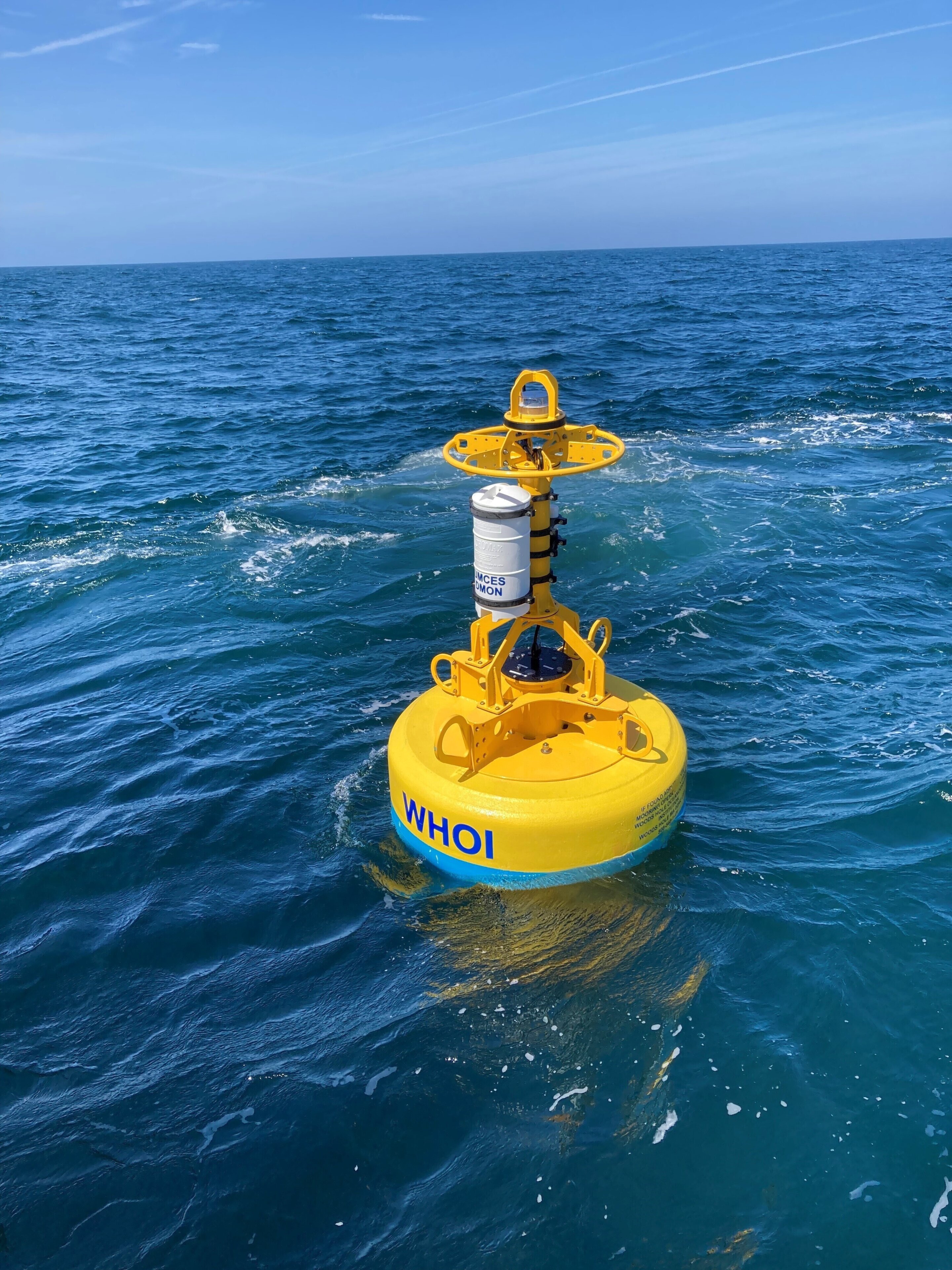 A Cape Cod science center and one of the world’s largest shipping businesses are collaborating on a project to use robotic buoys to protect a vanishing whale from lethal collisions with ships.

A lab at Woods Hole Oceanographic Institution developed the technology, which uses buoys and underwater gliders to record whale sounds in near real time. The robotic recorders give scientists, mariners and the public an idea of the location of rare North Atlantic right whales, said Mark Baumgartner, a marine ecologist with Woods Hole whose lab also operates the buoys.

The whales number less than 340 in the world and ship strikes are one of the biggest threats to their existence, as they travel through some of the busiest stretches of ocean on the planet. Now, French shipping giant CMA CGM is working with Woods Hole to deploy two of the robotic buoys off of Norfolk, Virginia, and Savannah, Georgia.

CMA CGM is funding the deployment of the buoys, which will add to the data collected by six others off the East Coast, Baumgartner said. The two new buoys could be deployed for testing soon, he said.

“We have to change our industrial practices when whales are around. That’s what this tech enables,” Baumgartner said. “Having the industry tell us what works and what doesn’t is the best way to have solutions that will actually be implemented.”

The whales were once abundant off the East Coast, but their populations were decimated generations ago by commercial whaling. These days, they’re vulnerable to ship collisions and entanglement in fishing gear. And they’ve dwindled in population in recent years because of high mortality and poor reproduction.

The whales are aided by a complex network of protected areas and shipping restrictions. However, scientists have sounded alarms recently that the whales have been straying outside of protected areas in search of food as waters warm. That has made them more vulnerable.

Representatives for CMA CGM, which has a U.S. headquarters in Norfolk, said the company chose to locate buoys off the Virginia city and Savannah because those are among the busiest shipping ports in the United States. Ed Aldridge, president of CMA CGM America, said it’s an effort to “responsibly share the ocean with marine mammals and protect endangered species.”

The company is paying for the construction, maintenance and operation of the buoys for three years, said Heather Wood, director of sustainability for CMA CGM America. The company declined to disclose the cost of the project. It hopes to build a consortium of shippers that use this kind of technology to protect whales, Wood said.

Acoustic recorders have tracked whale sounds for decades, but the buoys that provide sound in near real time are a relatively recent invention, Baumgartner said. The robotic buoys make data available every couple of hours as opposed to months later, he said.

The results go on a public website and are also used by federal authorities to help make decisions about when to announce “right whale slow zones,” which call on vessel operators to slow down to 10 knots (11.5 mph) or less.

The data “allow us to send information to mariners quickly so those that are able can take action (by slowing down or avoiding the areas) to reduce the risk of vessel strike, which is one of the largest threats to this endangered population,” scientists Diane Borggaard and Genevieve Davis of the National Oceanic and Atmospheric Administration said in a joint statement.

“We hope shipping companies will integrate this,” Steffen said. “It’s a Smokey Bear fire warning, but for whale presence.”

Microsoft to “pivot away from the current iteration” of its Xbox streaming device, codenamed Keystone