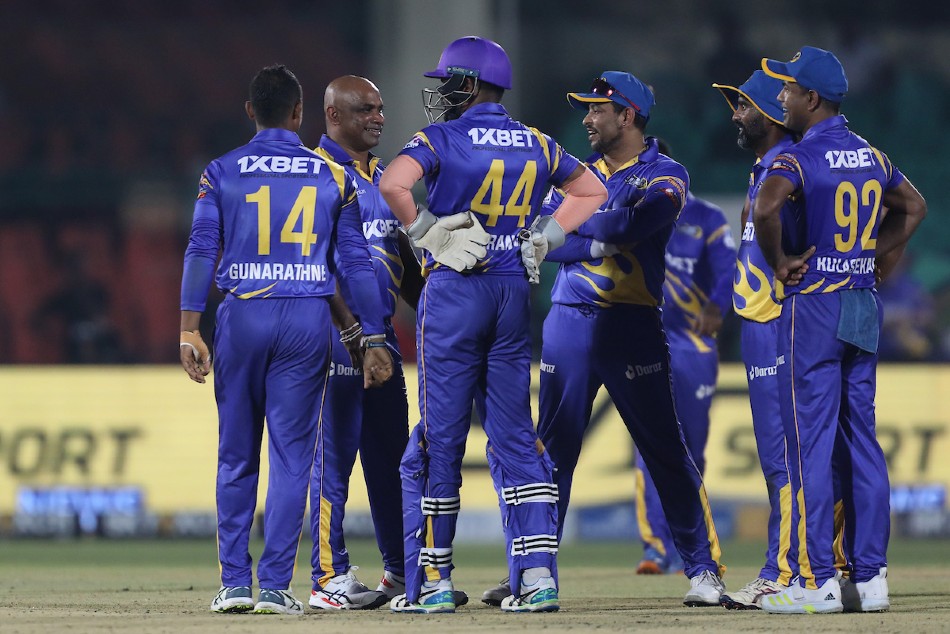 Having restricted England to a dismal 78, the Lankan Lions overhauled the target in 14.3 overs with 39 balls to spare, winning the match by 7 wickets. With this win, Tillakaratne Dilshan-led side climbed to the top of the points table with two wins in as many games.

Sri Lanka’s opening duo of skipper Dilshan and Dilshan Munaweera – who forged a mammoth partnership of 208 for the first wicket against Australia – couldn’t provide an aggressive start as the captain was out for 15 on the last ball of the powerplay when the scoreboard read 24.

Later, Upul Tharanga (23) and Munaweera (24) batted with caution to share a stand of 39 runs for the second wicket as the English spinners bowled tight lines. But English bowlers could hardly pose any challenge as there weren’t many runs on the board to defend. Eventually, Sri Lankans reached home in 14.3 overs. England’s Stephen Parry was the most economical bowler from the side as the left-arm spinner conceded 9 runs from his four overs and picked up a wicket.

Earlier in the day, England were bundled out for a paltry 78 after being put in to bat first as Jayasuriya returned with terrific figures of 3/4 from his quota of four overs and bowled two maiden overs as well.

Phil Mustard was the first English wicket to perish as the wicketkeeper-batter was caught by Dilshan off Isuru Udana on the final ball of the powerplay. England could only muster 25 runs in the powerplay as Sri Lankans bowled tight lines right from the start of play on a slow Kanpur pitch.

Captain Ian Bell was caught at the short-third man by Chamara Silva while trying to cut Chaturanga de Silva but couldn’t find a gap. The ball went straight into the fielder’s hand and the English skipper departed for a 24-ball 15.

In the next over, Darren Maddy (2) was stumped by Upul Tharanga off Sanath Jayasuriya’s bowling, and three balls later, Tim Ambrose was trapped in the left-arm spinner’s spin web and the ball crashed through his gates. Ambrose was dismissed for a four-ball duck.

England had high hopes from their domestic cricket legends Mal Loye – who has almost 25000 runs in county cricket – and Rikki Clarke – who has 15000-plus runs and 700-plus wickets in county cricket. But the duo failed to live up to the expectation as Loye (8) was stumped by Tharanga off Jayasuriya. While Clarke became Jeevan Mendis’ victim for 9.

Wickets kept tumbling for England as all the batters struggled against spin on a sluggish Kanpur surface and they were folded for 78 in 19 overs. Nuwan Kulasekara dismissed Stephen Parry and Stuart Meaker off consecutive deliveries as England posted the lowest total in tournament history.

The previous lowest total record in the tournament was also held by England when they could only post 78 for the loss of 9 wickets in the previous edition against the same opposition.

As it was the English team’s first game, the players and spectators paid tribute to former England monarch Queen Elizabeth II, who passed away on September 8, by observing a minute of silence before the start of play.

How To Encourage Good Sibling Relationship?