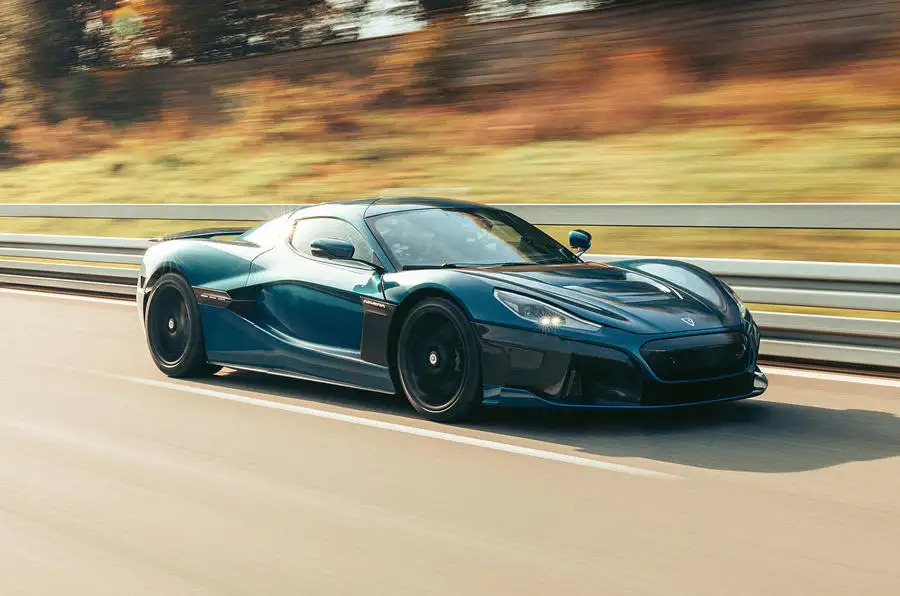 The Nevera also holds the record for the world’s fastest accelerating production car over a quarter mile.

The Rimac Nevera has bagged the title of the world’s fastest electric production car, achieving a record-breaking top speed of 415kph. The Croatian hypercar was driven by Rimac’s chief test and development driver, Miro Zrnčević.

Set into its highest-speed mode that improves the balance between drag and downforce, the Nevera achieved the record at the Automotive Testing Papenburg track in Germany, making use of two 4km straights.

It is the first time that the Nevera has reached its top speed of 415kph, a target which was set by the Rimac team when the car was first revealed as the C_Two concept at the 2018 Geneva Motor Show.

Already holding the record of the world’s fastest accelerating production car over a quarter mile (8.582sec), the Nevera is powered by four electric motors making 1,914hp. The carmaker says that it can hit 0-100kph in 1.95sec and 0-160kph in 4.3sec.

A Nevera delivered to a customer has a top speed limited to 352kph but can be adjusted to theoretically hit the 415kph figure in controlled conditions at special, Rimac-supported events.

While the Nevera is the world’s fastest electric production car, it is still not quite up there with the ICE-powered front runner.

The 1,360hp Koenigsegg Agera RS is officially the world’s fastest production car, with a top speed of 447.18kph clocked back in 2017. In 2019, the Bugatti Chiron Super Sport 300+ reached a top speed of 490.84kph, but it was not officially considered as its run was recorded only one way. In 2020, the SSC Tuatara clocked 508.73kph but it wasn’t deemed as the fastest because it wasn’t homologated for road use.

Princess Diaries 3 is in development. Anne Hathaway’s return not confirmed

How to style your Christmas dinner table with Etsy