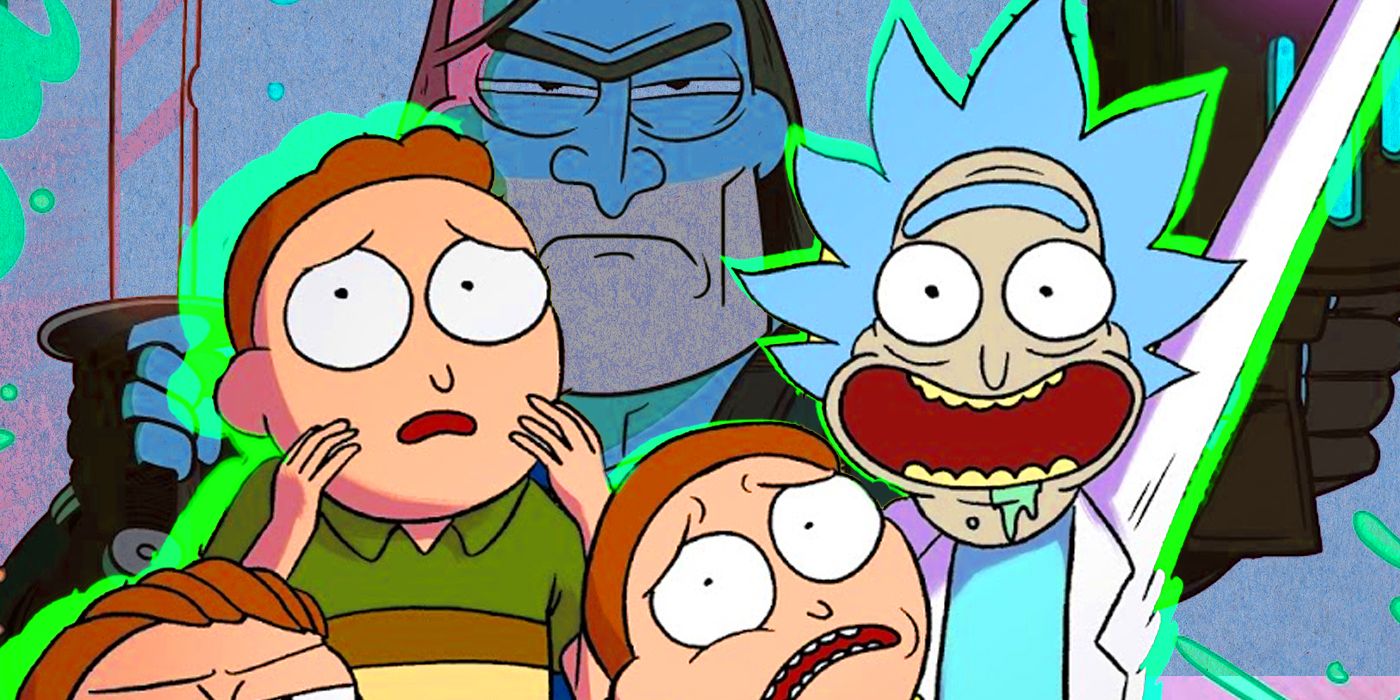 Rick and Morty Presents: Jaguar just turned Jerry into a fart-bombing Iron Man, changing how Rick sees the incompetent loser, even if just for a bit.

Rick and Morty Presents: Jaguar is a one-shot that once more reiterates just why Rick absolutely detests Jerry. In the cartoons, he’s always ripping on Jerry for being an incompetent deadbeat and while Jerry’s never really had a comeback for his father-in-law or proven him wrong, you kind of do feel sorry for him. After all, Rick incessantly berates and emasculates him to the point not even Beth or the kids defend him.

Well, in this comic, Jerry doesn’t do himself any favors as he commits mass genocide. However, there’s one small ray of personal sunshine as Rick helps him out by turning the dolt into a fart-bombing Iron Man.

Jerry, pissed he can’t get a milkshake at home, steals Rick’s signature portal gun and heads over to Flaven-Six. There, he gets to a non-profit cafe, loads up on food but as he departs, trying to run out on the payment, he farts. He thinks nothing of it but after he goes to another planet, the gas reacts with Flaven-Six’s environment, killing everyone there. This lands him into the bad books of the Federation, who sends agents to hunt him down. This includes DeadS.T.R.I.K.E. and the assassin Rick made friends with during Season 3, Jaguar. Luckily, Rick realizes Jerry’s dimension-hopping and saves him but Jaguar’s showing no mercy, tracking them and going in for the bounty. Jaguar’s just pissed Rick didn’t let him use the gun to possibly find other versions of his dead family but eventually, he realizes anger isn’t the way to go. Killing Rick and Jerry won’t bring them back, so when his colleagues meet them up, looking for blood, Jaguar forms an alliance with the Earthlings.

He’s got his knife, Rick has blasters, but Jerry doesn’t have anything. That is, until Rick slaps a gauntlet on his chest and akin to Iron Man’s Extremis tech, Jerry becomes a war machine. He’s encased in a mech-suit, blasting enemies away from his hands, which finally has him feeling like a badass soldier. Rick feels a bit relieved as it’s not often he or Morty have ever viewed Jerry as a man, with even Jaguar digging this goofy Iron Man.

RELATED: Duckman: How One of the ’90s Edgiest Cartoons Was Forgotten

But in typical Jerry fashion, he screws it up by revealing he has one more stinky fart left in him and he’s afraid to drop it. The quick-thinking Rick, though, recalibrates the suit to use the gas and when Jerry farts, he pulls Jerry out after turning it into a nuke. And so, just when it seems like they’re being outnumbered, Rick programs and drops the bot on their attackers, killing them in a massive explosion as the heroes teleport back home, saved once and for all by Jerry’s gastric issues. It’s proof how genius really is, even able to harness Jerry passing gas and turn it into a WMD.