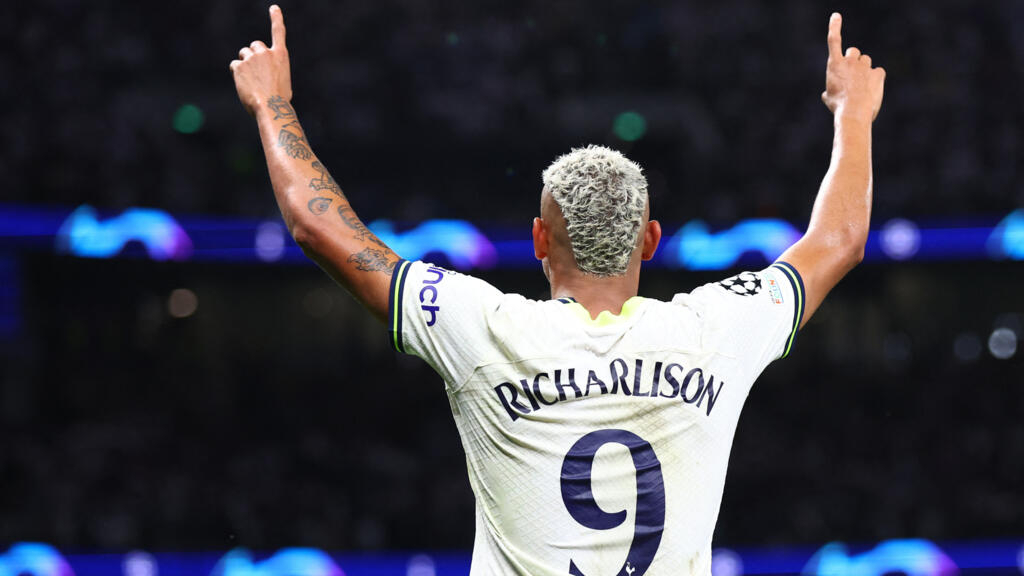 Richarlison’s first goals for Tottenham Hotspur helped them mark their return to the Champions League with a 2-0 victory over 10-man Olympique de Marseille in Group D on Wednesday.

The Brazilian forward, signed for a reported 60 million pounds ($69 million) from Everton in the summer, enjoyed a dream Champions League debut as he struck twice in five minutes late on to secure three points for his side that had not looked likely.

Richarlison’s brace glossed over a largely mediocre display by Tottenham who were second best against a lively Marseille until the French side had Chancel Mbemba sent off three minutes into the second half for a foul on Son Heung-min.

Tottenham, who missed out on the Champions league for the past two seasons, did not register a shot on target in a lacklustre first half but Richarlison eventually ensured a perfect start for Antonio Conte’s team.

They share top spot in the group with Sporting Lisbon who beat Eintracht Frankfurt 3-0.

Marseille fans vented their frustration at the final whistle with ugly scenes as they clashed with stewards and police.

Conte elected to start with Richarlison alongside Tottenham’s established strike duo Harry Kane and Son Heung-min for the second successive game and was richly rewarded.

“I remember very well when Richi [Richarlison] signed for us and he said ‘I can’t wait to play in the Champions League and listen to the music’,” Conte said.

“When a player says these words, it means he has great desire and great will. I told him this morning it was his moment and to enjoy it.”

Richarlison was denied his first Tottenham goal when he had an effort disallowed against Fulham at the weekend.

But he did not have to wait much longer to open his account as he displayed the cutting edge that Tottenham’s attack had been lacking throughout the Group D opener.

Marseille, like Tottenham, have enjoyed an unbeaten start to the season and were comfortable during the first half.

Tottenham could not build any attacking momentum and the visitors looked sharper all over the pitch.

Marseille suffered a blow in the 48th minute though when Son was played through on goal and was crudely taken down by Mbemba who was shown a red card by Slovenian referee Slavko Vincic.

Even then Tottenham struggled to make much impression and Marseille looked like taking home a point until Perisic delivered a superb right-footed cross from the left and Richarlison thumped a header past Pau Lopez.

Marseille did not learn their lesson and the Brazilian then found space in the area again to glance Hojbjerg’s delivery into the net off the post in the 81st minute.

Marseille went close to pulling a goal back when Ben Davies blocked an effort by Cengiz Under but the French side returned home wondering what might have been.

“We’re frustrated. At 11 versus 11 we matched them, and perhaps were even dominating,” Marseille captain Valentin Rongier said. “We have lots of regrets, because even with 10 men we could have got a result.”