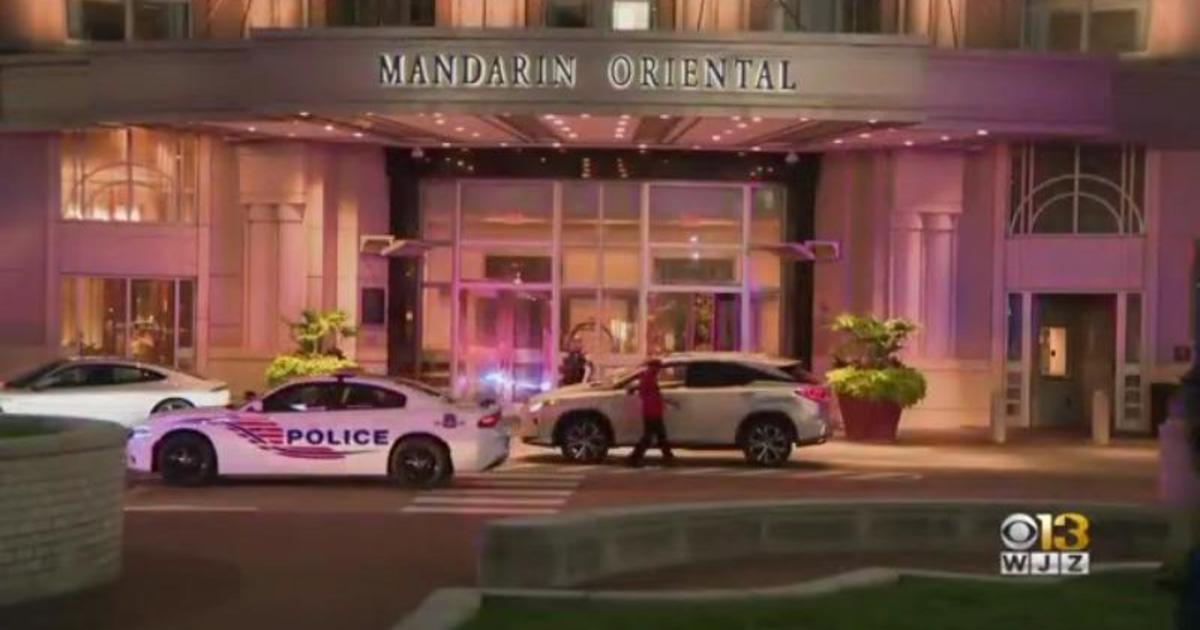 BALTIMORE – At the once busy Lil Kidz Kastle daycare in Owings Mills, the playground equipment sits empty and the doors are locked as police investigate multiple allegations that children were sexually abused.

The suspect who faces several felony charges is James Weems, Jr., a retired Baltimore City police officer and the husband of the daycare’s owner, Shanteari Weems.

Police told WJZ Investigator Mike Hellgren that James Weems worked as a bus driver at the facility for at least two years.

“It’s horrible,” said Kathy Scherr who works nearby. “You can’t imagine what it’s like as a parent to turn your child over to a stranger and you hope and you pray that they take care of them the best that they can.”

“We learned of these allegations earlier this month, and that’s when our investigation was launched,” said Joy Lepola-Stewart, the Baltimore County police spokesperson. “We’re not going to get into the specifics of the allegations at this point since it does remain an open investigation and additional charges may be filed in this matter.”

Lepola-Stewart said there are allegations involving “at least three” children.

According to court documents, Shanteari Weems reported the abuse to police but kept getting calls from parents. That is when she confronted her husband at the Mandarin Oriental Hotel in Washington, D.C., last Thursday.

Police said Weems told them the argument got heated, her husband moved toward her and she shot him.

“At this point, he remains hospitalized and in custody pending extradition,” Lepola-Stewart said.

“Everyone knows she shouldn’t have taken his life into her own hands, but you didn’t have your life upended. Her whole entire business is gone. Her marriage is gone,” Scherr said. “Those kids are hurt. She obviously cared about them so who knows if it was one of us what you’d be driven to.”

Scherr pondered whether James Weems knew that he had been caught and would be going to jail.

“You don’t know what he would have done to her,” she said. “In addition to anger, she was probably shocked, betrayed. I mean this was her husband. Even if you didn’t own a daycare center and you found out your husband was molesting children, that’s enough to send you over the edge.”

These are allegations at this point as the case makes its way through the court system.

Shanteari Weems still faces charges in the District of Columbia involving the shooting.

Police said she wrote in a notebook that she did not want to kill her husband but hurt him and get justice for the children. Her attorney, Tony Garcia, told WJZ Tuesday this is a case of self-defense.

“She has made complaints to the proper authorities before. The cries for help went unanswered,” said activist Qiana Johnson. “Our government did not keep the children safe.”

Police said any families affiliated with the daycare can contact Baltimore County detectives at (410) 307-2020.

WJZ Investigator Mike Hellgren came to WJZ in the spring of 2004 from KARK-TV, an NBC affiliate station in Little Rock, Arkansas, where he worked as a general assignment reporter and fill-in anchor. Solid reporting credentials and a reputation for breaking important news stories characterized Mike’s work both there and at KTAL-TV, another NBC station in Shreveport, La. where he also was a general assignment reporter and fill-in anchor.

Why Russia’s withdrawal from the ISS is a big deal and how it may affect space exploration- Technology News, Firstpost

Recipe for Disaster for PC Reviews