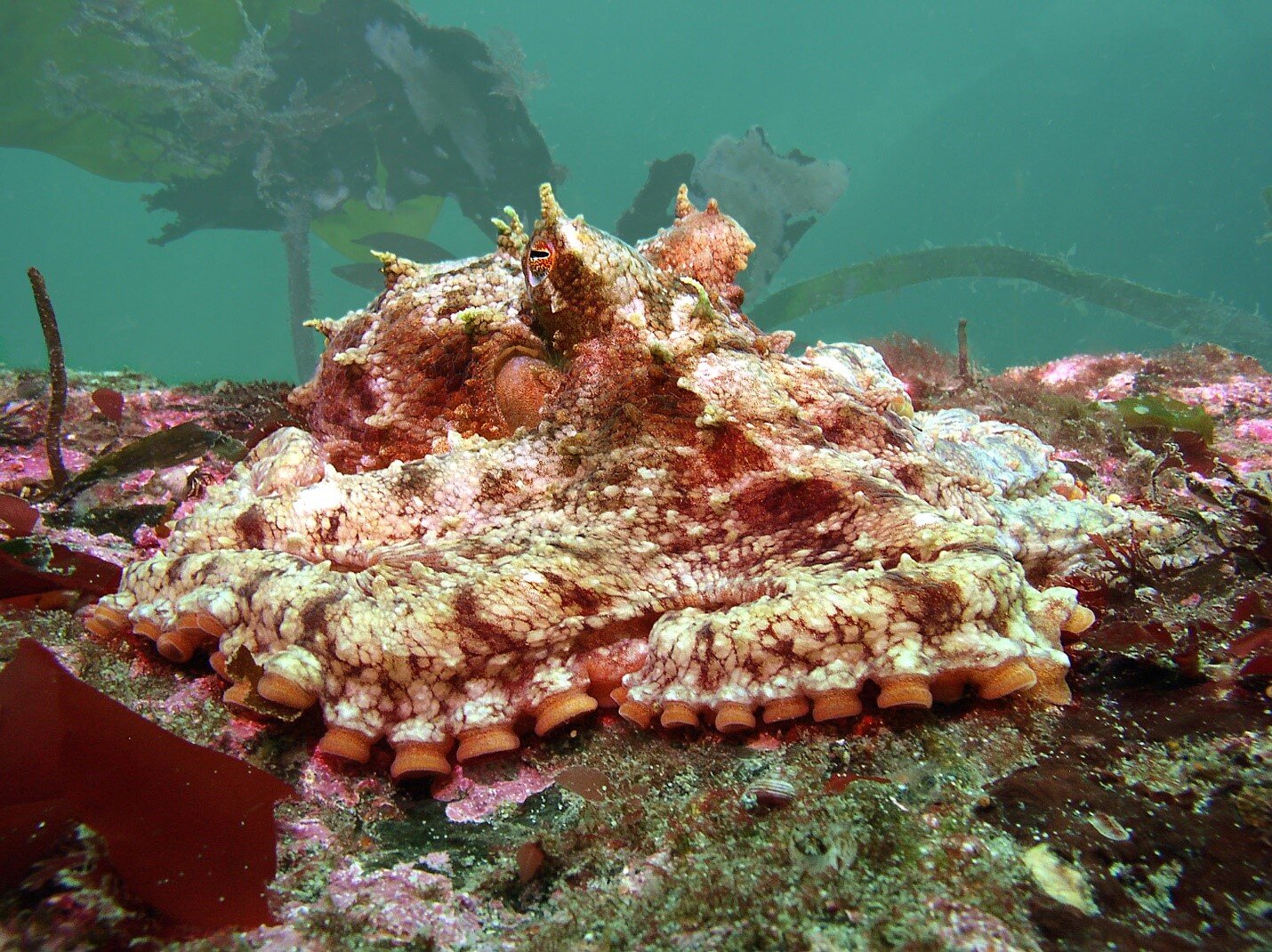 With the impact of climate change increasing by the day, scientists are studying the ways in which human behavior contributes to the damage. A recent study at Walla Walla University, by a collaboration of researchers from Walla Walla University and La Sierra University, examined the effects of acidic water on octopuses, potentially bringing new insight into both how our activities impact the world around us, and the way that world is adapting in response.

The study, “Impact of Short- and Long-Term Exposure to Elevated Seawater PCO2 on Metabolic Rate and Hypoxia Tolerance in Octopus rubescens,” focused on the metabolic rate of octopuses exposed to water acidified by carbon dioxide, and the changes it made to the animals. CO2 is a key indicator of the growing acidity of our oceans because much of the gas released into the air by humans is dissolving into the seawater.

Initial work in the field focused on the negative effects of ocean acidity: the impaired growth of affected species such as hermit crabs, for example, or reduced survival rates of certain types of fish over time. Adaptability, however, has not received as much attention, particularly when it comes to octopuses and other cephalopods. What studies have been conducted showed conflicting results, particularly when it comes to short-term vs. long-term exposure to increased ocean acidity (OA).

For instance, studies on cuttlefish show no significant change in their metabolism after exposure to increased OA, while squid subjected to the same conditions showed a reduction in aerobic metabolism, indicating reduced oxygen circulation in the subjects.

For purposes of this experiment, researchers used octopus rubescens a small and easily maintained species of octopus common to the west coast of North America. The subjects were exposed to increased CO2-created acidity for a period of 5 weeks. Researchers measured their routine metabolic rate (RMR) with no prior acclimation to the acidic water, and then again at 1 week and at 5 weeks. The subjects’ critical oxygen pressure was measured at 5 weeks as well.

Metabolic rates are very telling in such circumstances because most significant physiological changes—such as smaller organs or reduced growth—are reflected in the shift in metabolism. (Changes in physiology are essentially changes in energy use, which can be observed by monitoring metabolism.)

The results demonstrated a surprising amount of adaptability in the subjects, as well as possible causes for data variation in other experiments. The subjects experienced high levels of metabolic change within the first 24 hours of exposure to increased acidity: a departure from earlier studies on different cephalopods, which showed a decrease in metabolic change.

However, when the same subjects were evaluated after one week, their RMR had returned to normal. The normal readings remained after 5 weeks as well, though their ability to function in low oxygen levels suffered in response to the increased acidity.

The results suggest that octopuses may be better able to withstand changes in ocean-acidity levels, which may have long-term bearings on our understanding of climate change. It also marks the first study to compare long-term and short-term effects of increased acid exposure. Further research is needed to clarify the mechanism driving the change in RMR, but the experimental parameters—and the use of octopus rubescens as test subjects—provide an excellent model system for studying the effects of OA on cephalopods.

How & Why Android 12 May Let You ‘Hibernate’ Unused…

Thomasin McKenzie Is in Big Trouble