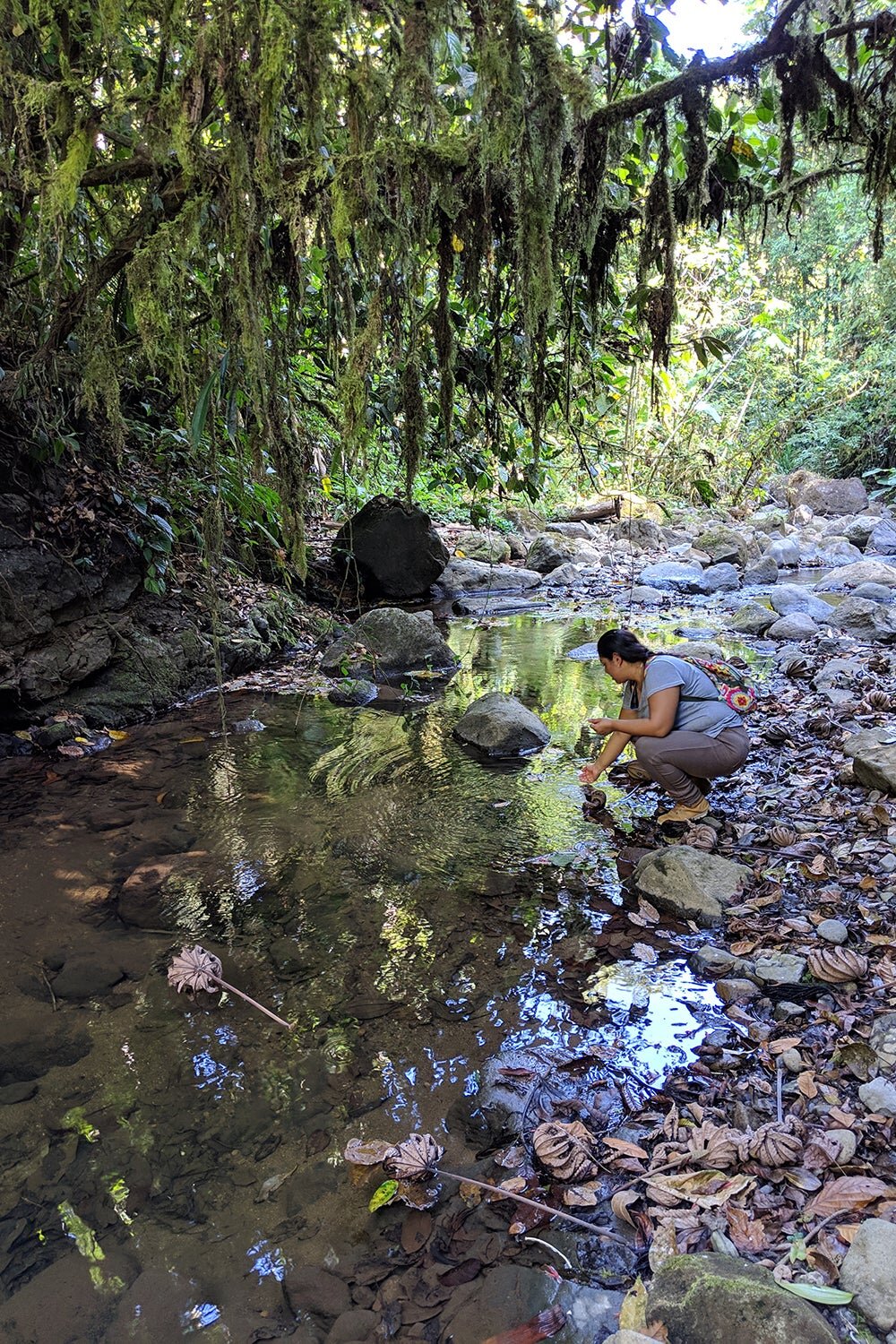 A new Stanford University-led study in Costa Rica reveals that restoring relatively narrow strips of riverfront forests could substantially improve regional water quality and carbon storage. The analysis, available online and set to be published in the October issue of Ecosystem Services, shows that such buffers tend to be most beneficial in steep, erosion-prone, and intensively fertilized landscapes—a finding that could inform similar efforts in other countries.

“Forests around rivers are key places to target for restoration because they provide huge benefits with very little impediment to productive land,” said study lead author Kelley Langhans, a Ph.D. student in biology at Stanford University affiliated with the Natural Capital Project. “A small investment could have a really big impact on the health of people and ecosystems.”

Vegetated areas adjacent to rivers and streams absorb harmful pollutants in runoff, keeping them out of waterways. Creating effective policies to safeguard these riparian buffers and prioritizing where to implement them is a challenge in part because of a lack of data quantifying the impact of restoring such areas. The researchers, in partnership with officials from Costa Rica’s Ministry of Environment and Energy, Central Bank, and PRIAS Laboratory, analyzed one such policy—Costa Rica’s Forest Law 7575. Passed in 1996 and unevenly enforced since then, the law mandates protection of forested riverfront strips 10 meters (about 33 feet) to 50 meters (about 164 feet) wide.

Using InVEST, the Natural Capital Project’s free, open-source software, the team compared a scenario in which the law was fully enforced with a business-as-usual scenario. They modeled the effects of reforesting 10-meter-wide strips, thereby underestimating the effects of the law’s provisions. Still, their models showed such a change would boost retention of phosphorus by nearly 86%, retention of nitrogen by more than 81%, and retention of sediment by about 4%. The expanded forest cover—an increase of about 2% nationwide—would also increase carbon sequestration by 1.4%.

This reforestation would be most impactful in areas below steep slopes with erosion-prone land uses (such as pastures), high levels of fertilizer application (such as widely cultivated oil palm trees), and low levels of nutrient retention (such as urban areas). Such changes could have huge impacts on areas of Costa Rica where large numbers of people are directly dependent on rivers for drinking water.

“When quantifying the benefits of ecosystem restoration, it’s crucial to consider how it affects people, especially the most vulnerable populations,” said Langhans. “That is why in this research we explicitly mapped out how increases in water quality would reach those who rely on rivers the most.”

Even regions with water treatment infrastructure could benefit because such infrastructure is particularly vulnerable to hurricanes and earthquakes in Costa Rica. As recently as 2020, a tropical storm combined with a hurricane knocked out water service to 120,000 Costa Ricans for several days, forcing people to temporarily rely on other water sources, including streams. Typical water treatment methods also do not remove nitrates, which are especially susceptible to leaching into groundwater due to their high solubility. This is a particular concern in Costa Rica, which uses nitrogen-based fertilizers at one of the highest rates in the world.

Most of the land that would need to be reforested to create these buffers is farmland and pasture for cattle. Past research has shown that Costa Rican farmers value trees on their land and are generally supportive of reforestation, but feel that the upfront costs of transitioning to forest, and—on more productive lands—the opportunity costs of forgoing agricultural production, are too high. Improved financial incentives—such as expanding Costa Rica’s Payments for Ecosystem Services program—and community-based efforts could help, according to the researchers.

The study comes at a key time for Costa Rica, which is implementing a National Decarbonization Plan aimed at increasing forest cover to 60%.

“Our study provides a model for using realistic, policy-based scenarios to pinpoint areas where forest restoration could have the largest impact in terms of improving people’s health and meeting national adaptation and emissions goals,” study co-author Rafael Monge Vargas, director of Costa Rica’s National Geoenvironmental Information Center in the Ministry of Environment and Energy.

A Rhythmic Symphony Of Destruction