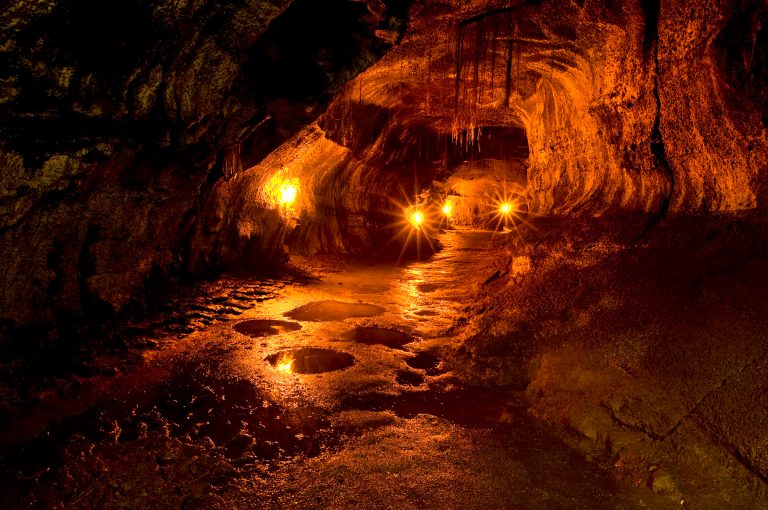 Hawai’i is home to multiple lava caves, lava tubes, and geothermal vents. And a new study that researchers published in Frontiers in Microbiology reveals that these caves have higher bacteria diversity than expected. Researchers have discovered thousands of ancient unknown bacteria lurking within the caves.

Scientists say that these bacteria ecosystems represent how life might have existed during Earth’s early ages. They also say it could give us insight into how life on Mars looked before losing much of its atmosphere. The caves, home to lava tubes and geothermal vents on the island, house ancient unknown bacteria, unlike anything we’ve ever seen.

“This study points to the possibility that more ancient lineages of bacteria, like the phylum Chloroflexi, may have important ecological ‘jobs,’ or roles,” Dr. Rebecca D. Prescott, first author of the paper, said in a statement. The bacteria is so intriguing that some scientists have started calling it “microbial dark matter,” because of how unseen and un-studied it is.

That ultimately proved to be true. But the scientists say there was something else startling about their discovery.

The harsher environments had a lower diversity of the ancient unknown bacteria that’s true. But, the scientists say the interactions between the bacteria were much more complex. This unexpected complexity, Dr. Prescott says, left the team with more questions than answers.

The discovery of this ancient unknown bacteria is extremely notable. And the questions it has helped bring to the table will undoubtedly be on the minds of Dr. Prescott and other scientists for a while. On top of the unexpected complexity, the scientists had trouble determining the species of microbes. Or even what their job was in the community.

Dr. Prescott says that it has shown how important it is to study microbes living in co-culture environments instead of isolating them. Living together appears to have somehow altered the ancient unknown bacteria’s gene expression. Something scientists will need to observe more to understand fully.

Rami Tabbara on Investing in Real Estate in Dubai