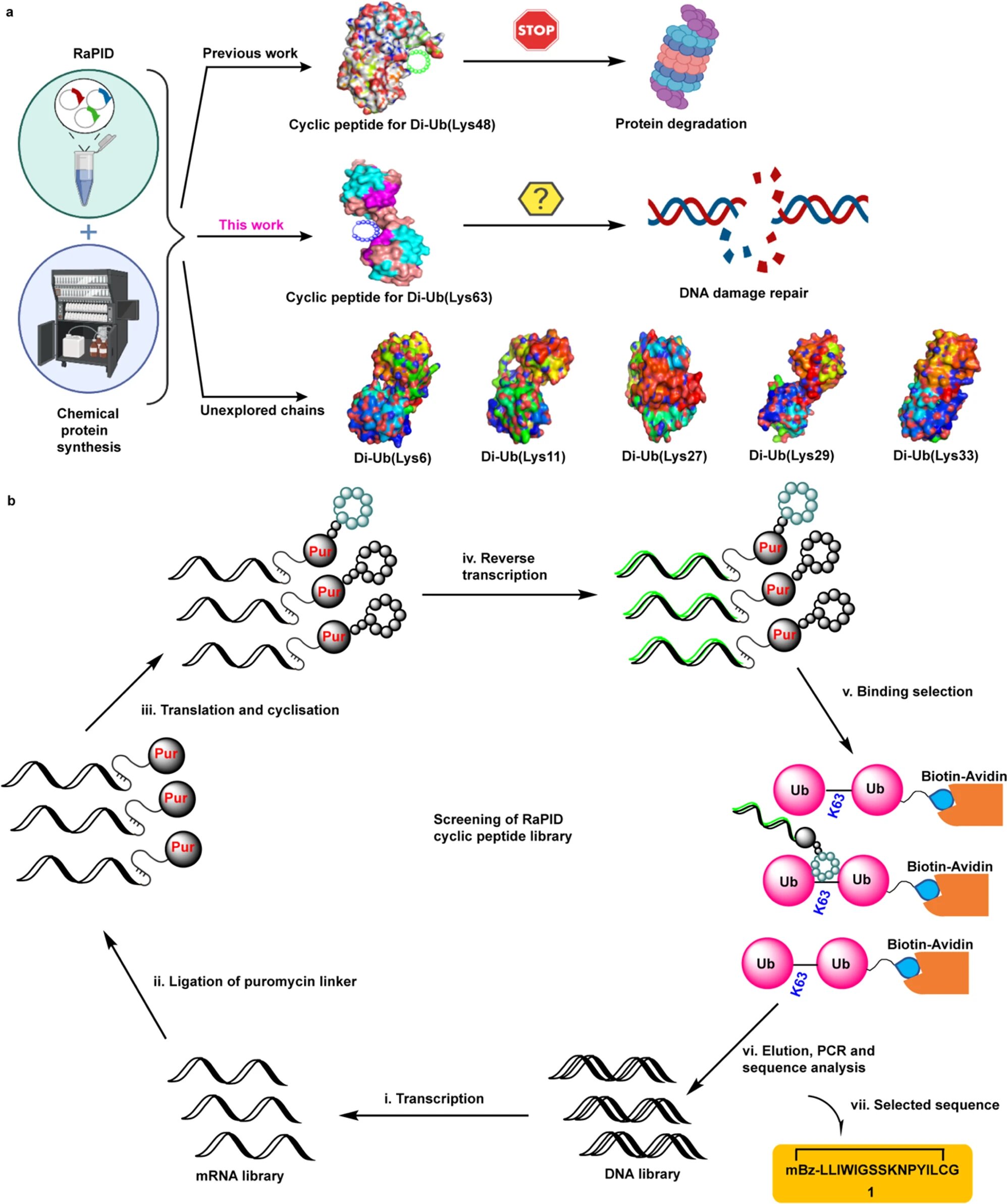 The research was led by Professor Ashraf Brik and post-doctoral fellows Dr. Ganga B. Vamisetti and Dr. Abbishek Saha from the Schulich Faculty of Chemistry at the Technion—Israel Institute of Technology in Haifa, along with Professor Nabieh Ayoub from the Technion’s Faculty of Biology and Professor Hiroaki Suga from the University of Tokyo.

Peptides are short chains of amino acids linked by peptide bonds, the name given to chemical bonds formed between two molecules when the carboxyl group of one molecule reacts with the amino group of the other molecule.

Unlike proteins that usually contain hundreds of amino acids, peptides contain—at most—dozens of such acids. The cyclic peptides the researchers discovered bind specifically to chains of ubiquitin proteins—proteins that are usually used as a “death tag” for damaged proteins. The labeling of the damaged proteins leads to their being broken down in the proteasome, or the cell’s “garbage can.”

The discovery of the ubiquitin system led to the awarding of the 2004 Nobel Prize in Chemistry to three researchers, including Distinguished Professors Aharon Ciechanover and Avraham Hershko of the Technion’s Ruth and Bruce Rappaport Faculty of Medicine.

In recent years, Technion researchers have developed a new approach to influencing the ubiquitin mechanisms. Instead of interfering with the activity of enzymes that affect these mechanisms, they decided to try to directly intervene in the ubiquitin chain itself.

Based on this approach, the researchers in a previous work developed cyclic peptides that bind the K48-linked ubiquitin chains, preventing it from leading to the breakdown of the damaged proteins. This disruption gradually leads to programmed death of cells. In the same study, they hypothesized and then proved that when such an event formed in a malignant tumor, it kills the cancer cells, potentially protecting the patient.

This discovery, published in 2019 in the journal Nature Chemistry, led to the establishment of a new startup that is advancing the discovery towards clinical use.

In the current study, cyclic peptides that bind the chains linked to position 63 in ubiquitin and that are involved in repairing damaged DNA were discovered. The researchers found that when attached to these ubiquitin chains, such peptides disrupt the aforementioned repair mechanism.

This leads to the accumulation of damaged DNA, and to cell death. Here too, when this binding occurs in cancer cells, it destroys these cells. The researchers believe this therapeutic strategy could be more effective than existing anti-cancer drugs, against which patients gradually develop a resistance.

11th hour reprieve for owners who need to obtain building…