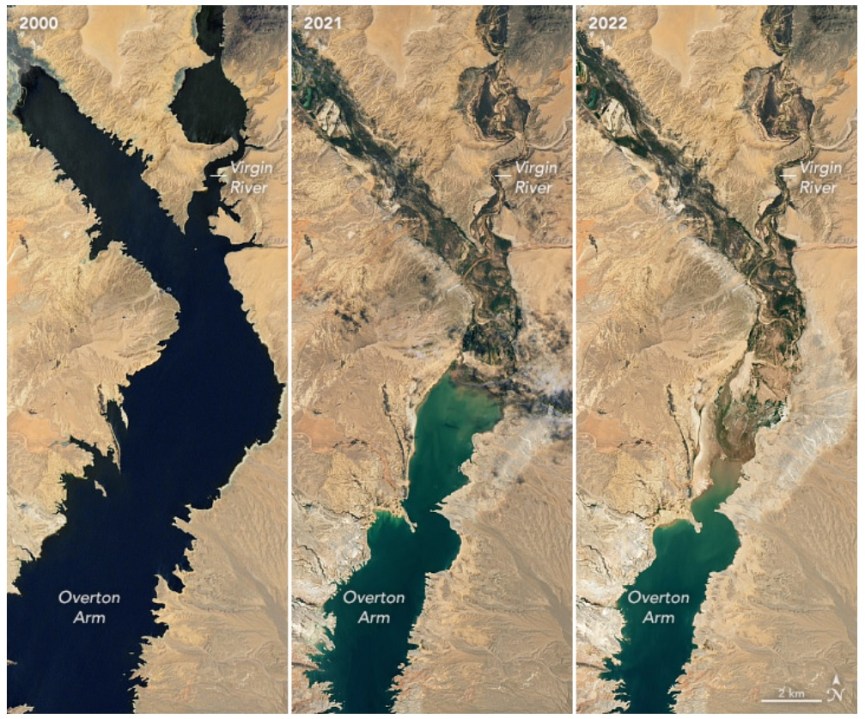 SAN FRANCISCO, Calif. (KRON) – Tom Erndt finally got the news he’s been waiting to hear for 20 years. His father’s remains were found at the bottom of drought-stricken Lake Mead in Nevada this summer, not far from where Erndt last saw him on August 2, 2002.

MORE: Fourth set of human remains discovered at Lake Mead since May

Erndt’s father, Thomas, had been officially classified as “missing” for two decades. But California’s historic drought has caused Lake Mead’s water levels to drop so low that half a dozen people’s remains were recently found.

Erndt, 31, said a sheriff’s coroner in Nevada called him and his sister earlier this month asking for DNA samples. When the coroner’s DNA test kit arrived at Erndt’s house, “I just stared at it. There have been so many questions that haven’t been answered for me. I wasn’t sure if I was ready for the answer,'” Erndt told Nexstar’s KRON.

The last time he saw his beloved father, Erndt was a 10-year-old boy sitting in a boat on Lake Mead.

It was a summer weekend like any other. The family always took their boat out to Lake Mead’s Callville Bay on Saturdays to camp on the shore, or go for a “midnight cruise” and swim at night. But on that tragic night, moments after jumping from the boat into the water, Erndt’s father started screaming for help.

Erndt was in the boat with his sister, his father’s girlfriend and friends.

“My dad takes off his shirt, jumps in the water, and the next thing we know, he’s yelling for help and screaming. It’s pitch black. It’s in the middle of the lake. We did not know what to do. All of the parents on the boat said ‘stay on the boat.’ We threw life jackets out, everything we could,” Erndt said.

Erndt’s sister finally broke through the spotty cellphone service to call 911. Law enforcement boats, a helicopter and ambulances swarmed the lake, but found no sign of Erndt’s 42-year-old father.

“They didn’t find him. They said, ‘Don’t worry, we will find him.’ It was all reassurance stuff,” he said.

“He stayed in the category of missing. My mind (went) through 100 different scenarios of what was possible,” Erndt said.

“‘We found your father,’ she said. I didn’t know what to say. I was in shock. It was surreal. It means he’s at peace,” Erndt said.

Looking back at what went wrong the night of the drowning, Erndt has two theories. His father Thomas knew how to swim, but was diabetic and may not have taken insulin that day. Or, his shoulder could have given out because of an old injury.

“He was found in Callville (Bay) at the spot where we did our midnight cruise. He didn’t go very far. There were scuba divers, search and rescue — why couldn’t you find him? How come this didn’t happen 20 years ago?” Erndt wondered.

Erndt said his dad was the best father he could have hoped for. “My dad would always treat us like we were the world. We were not the richest family, but he would do everything and anything for us. We did everything together. Every weekend we’d go out boating, swimming, and tubing. My dad was a big car person … a gearhead. I take after him a lot. I’m a gearhead now.”

Erndt and his fiancé recently released white balloons over Lake Mead. One day, he even stepped into the water up to his ankles.

“I wish my dad was here,” he said, “and he could see the person I’ve become.”