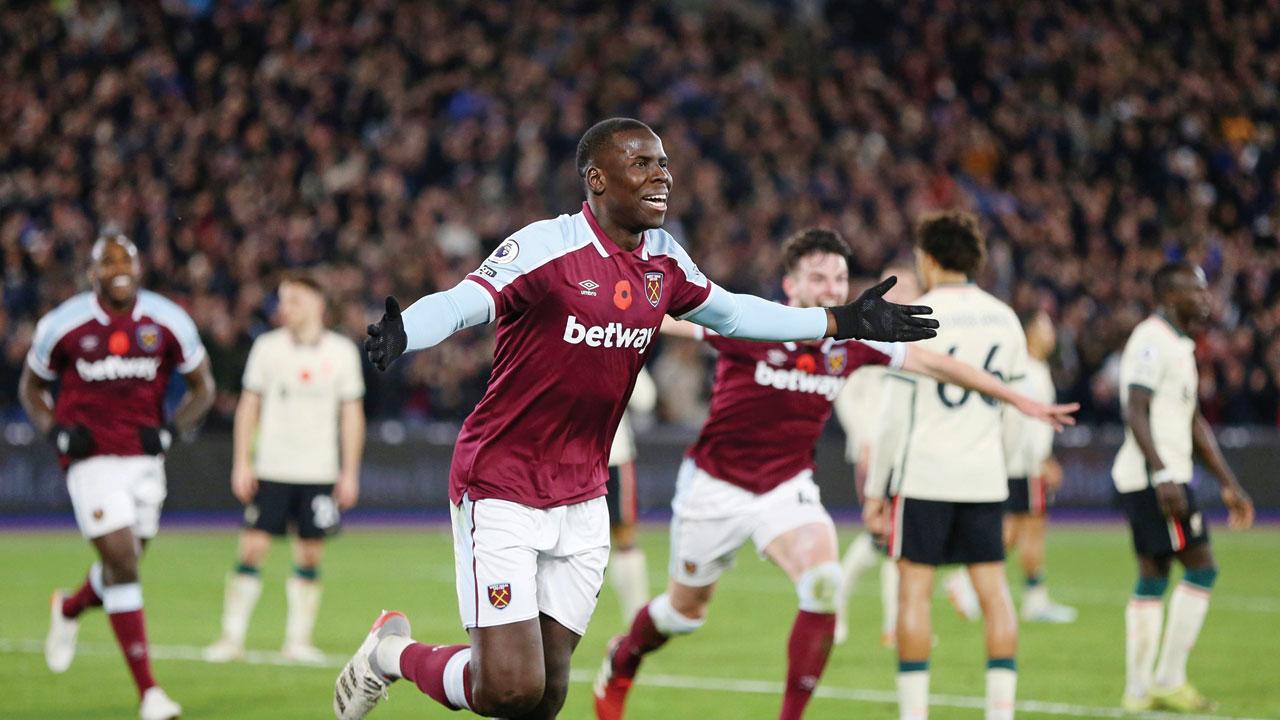 The sound of West Ham fans singing “I’m forever blowing bubbles” could still be heard around the bars of the London Stadium an hour after beating Liverpool. Liverpool hadn’t only been prevented from going a club-record 26th match unbeaten. Jurgen Klopp’s side was also dislodged from third place in the Premier League by West Ham with a 3-2 victory on Sunday. There hasn’t been much to celebrate at West Ham, especially in the five years since moving into the stadium at the centerpiece of the 2012 Olympics.

It’s still an imperfect venue, reconfigured around a running track, but the fan dissent and disorder is fading into the past as David Moyes has the club dreaming of unprecedented highs and its fans happily singing the club anthem. “This season reminds me of the Boleyn Ground,” West Ham’s forward Michail Antonio said of the old stadium. “The atmosphere inside, everything to do with West Ham right now is unbelievable.” West Ham, whose highest top-tier league finish was third in 1986, is looking like title contenders two years after Moyes took charge of a team a point above the relegation zone.

Building on a sixth-place finish last season, missing out on the Champions League spots by two points, West Ham has now opened a top-flight season by winning seven of 11 games for only the second time. There was a helping hand from Alisson Becker. The Liverpool goalkeeper flapped in the air to allow Pablo Fornals’ inswinging corner to go through his hands in the fourth minute.

After Trent Alexander-Arnold equalised at the end of the first half, Jarrod Bowen ran at the Liverpool defense before slipping the ball to Fornals whose shot was helped into the net by Alisson’s weak touch.  Another assist came from Bowen in the 74th when a corner was headed in by Kurt Zouma. Although Divock Origi pulled one back, Liverpool couldn’t find another goal to avoid a first loss in any competition since Champions League defeat last season in April.

Why Lakshya Sen was sensational