Real Madrid have huge advantage in race for Brazilian sensation who views Vinicius Jr as his idol: Reports 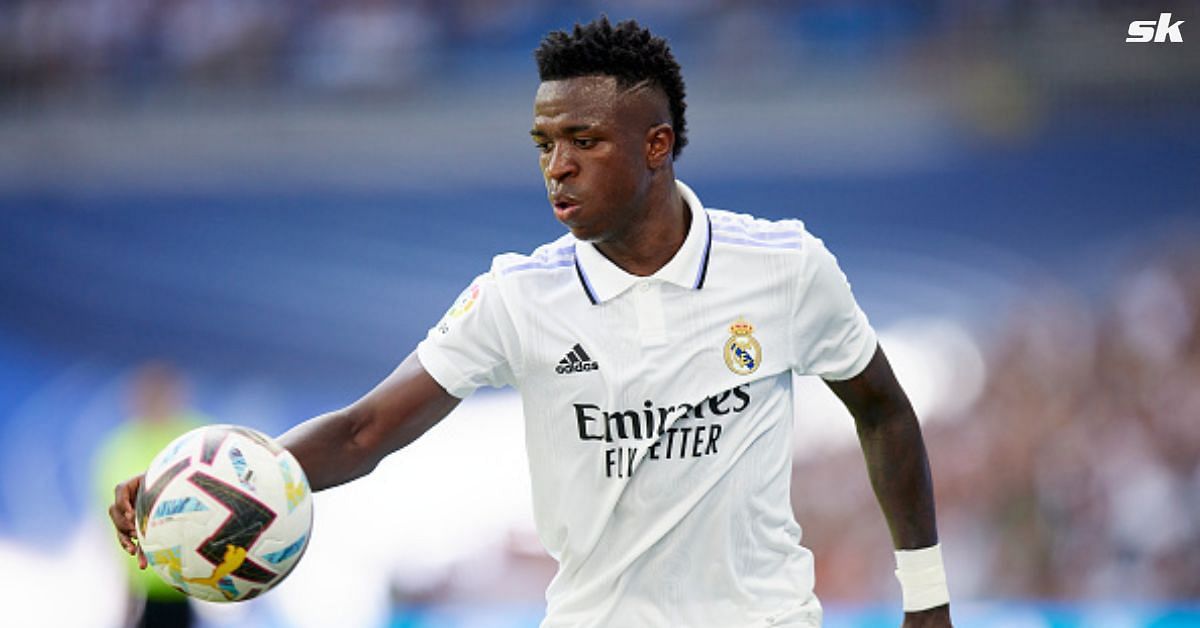 Real Madrid’s attempts to sign Palmeiras wonderkid Endrick have been boosted by the news that the young striker idolizes Vinicius Jr, as per El Nacional.

Endrick’s stock as one of the most coveted teenagers in world football is rising.

The 16-year-old has been wowing fans in Brazil, where he impressed in the Copinha earlier this year with six goals in seven appearances.

Madrid’s top scout Juni Calafat has moved to place Los Blancos at the front of the queue for the Brazilian teenager.

A host of European sides, including Barcelona, AC Milan and Paris Saint-Germain, are interested in Endrick but Madrid have an advantage.

Endrick admires his Brazilian compatriot Vinicius. The winger has become a main man at the Santiago Bernbaeu.

The duo have reportedly been interacting on social networks and the teenager is even said to have kept a T-shirt signed by him.

The Brazilian sensation wants to emulate the career of Vinicius, who continues to flourish for Carlo Ancelotti’s side.

Vinicius has kicked the new season off with five goals and two assists in seven appearances.

It follows a scintillating past campaign for the Real Madrid forward in which he managed 22 goals and 20 assists in 52 appearances.

Endrick recently signed a new deal with Palmeiras, keeping him tied to the Brazilian side until 2025. The new contract includes a €60 million release clause.

Endrick had high praise for the reigning European champions when interviewed by Marca earlier this year.

Asked what the La Liga giants meant to him, he said:

“They are a club I’m very fond of because of Cristiano Ronaldo, who I always followed, with the four Champions League trophies he won there. I have a lot of love for Real Madrid because of Cristiano, although I have also looked up some of their history and they are a very good team. “

“It is very gratifying for me to know that they are watching me and seeing my games. I am very grateful to God for that. I have to do more, it’s not good enough yet, I have to give more. I still have a way to go.

“They are a very good team too, spectacular, with incredible players, some of whom have already left, such as [Lionel] Messi, Xavi [Hernandez] and [Andres] Iniesta. It’s good that one of the best clubs in the world follows me as a player and a person. I thank God very much.”