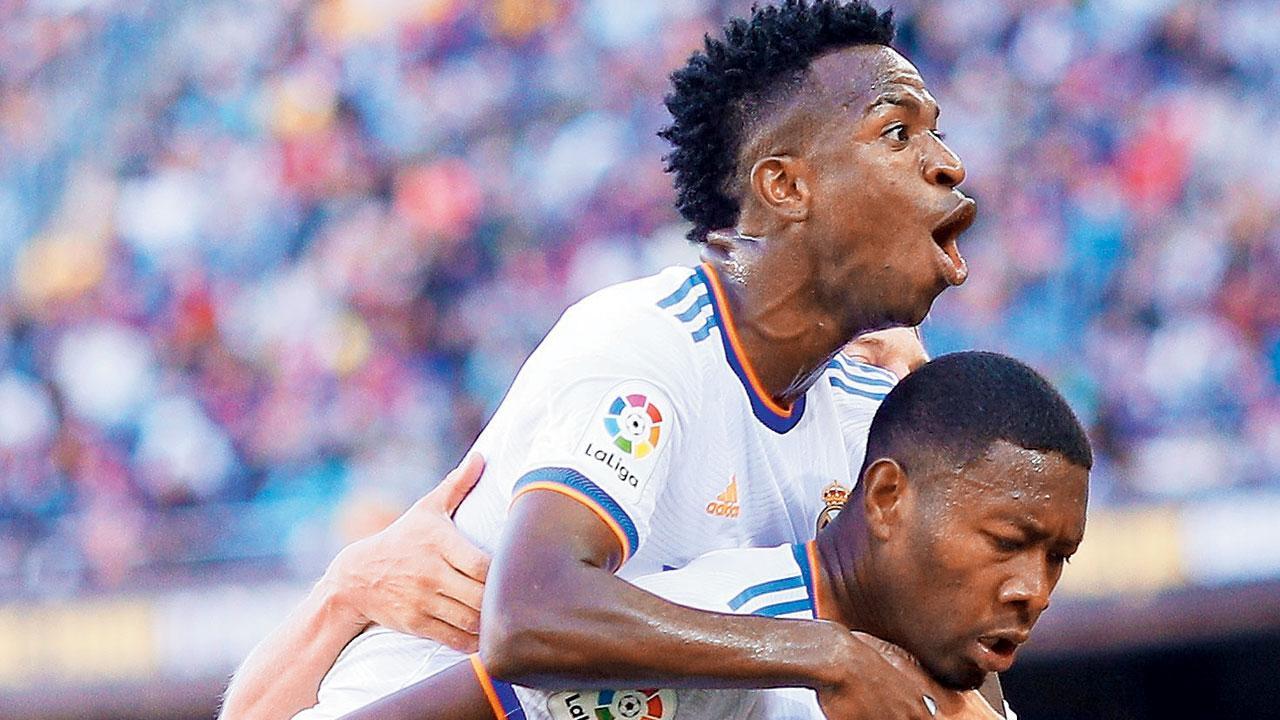 Real Madrid piled renewed pressure on Barcelona coach Ronald Koeman as David Alaba scored a scintillating goal to help them seal a 2-1 victory in the Clasico at Camp Nou on Sunday.

Alaba’s shot had Madrid in front for the majority of the contest, with Lucas Vazquez making it two in injury-time before Sergio Aguero tapped in his first goal for Barcelona with seconds left. Barca have now lost a fourth consecutive Clasico for the first time since 1965 and stay a lowly eighth in La Liga, five points behind Madrid, who surge back to the top of the table.

After beating Valencia and winning a crucial Champions League game against Dynamo Kiev this week, it represents a fresh set-back for Barca and Koeman, whose future will again come under scrutiny.

Madrid, meanwhile, see their own recovery bolstered, after backing up a thumping win over Shakhtar Donetsk to leave a rocky run in the rear-view mirror. This was the first league meeting between these clubs without either Lionel Messi or Sergio Ramos since 2005 and while there were still veterans on show—Luka Modric, Toni Kroos, Karim Benzema and Gerard Pique all starting—it was a Clasico more about the future.

For the first time in 65 years, six players younger than 22 began the game while Gavi, 17, Barcelona’s midfielder, was the youngest Barca starter in a Clasico in almost a century.

ISL 2021-22, CFC vs SCEB Highlights: Chennaiyin, SC East Bengal struggle out to a…