Ray of hope? One place where reef manta rays are thriving 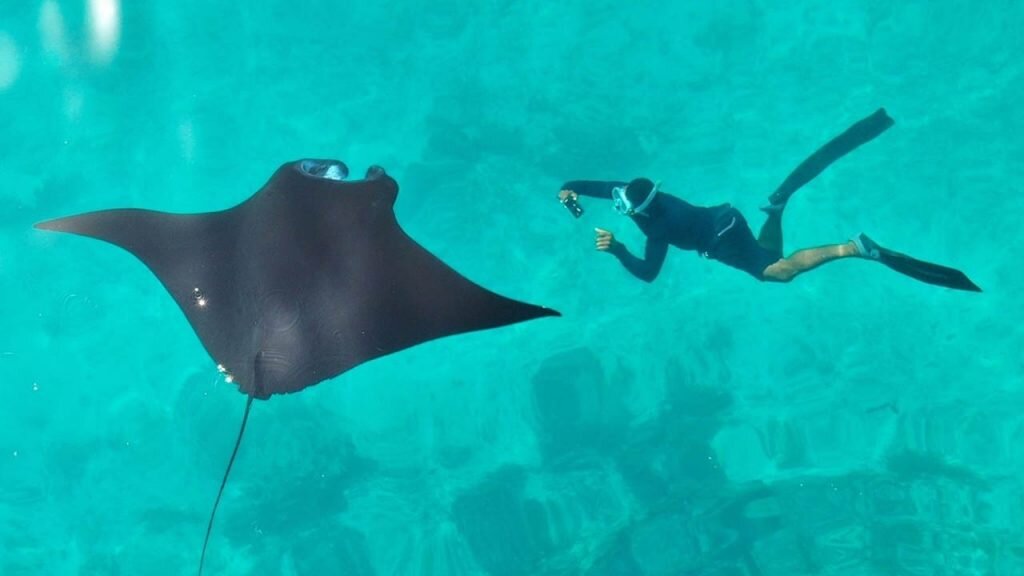 In a rare piece of good news in the marine world, scientists have found one place where reef manta rays are thriving.

Over a decade, populations increased significantly in Raja Ampat archipelago in Indonesia, highlighting the importance of long-term conservation and management measures such as well-enforced Marine Protected Areas (MPAs) and fisheries regulations, says researcher Edy Setyawan, of the University of Auckland’s Institute of Marine Science.

It is the first published evidence of reef manta ray populations increasing anywhere in the world, he says. “Despite the global decline in oceanic sharks and rays because of overfishing over the past 50 years, the reef manta rays in Raja Ampat have been recovering and thriving,” Setyawan says.

The scientist and his colleagues studied reef manta rays (Mobula alfredi) in two of Raja Ampat’s largest MPAs, Dampier Strait and South East Misool. They used sightings of rays, each individually identified by photograph, to assess population dynamics from 2009 to 2019. In Dampier Strait, the estimated population increased to 317, an annual compound gain of 3.9 percent, while South East Misool’s estimated gain to 511 was 10.7 percent on the same basis.

The increased population sizes resulted from high survival rates (up to 93 percent of individuals in each group survived each year) and high rates of recruitment (typically groups got a 20 percent annual boost from new members). While conservation measures substantially reduced fishing pressures, another reason for the populations thriving was the El Niño Southern Oscillation climate cycle, which boosted plankton numbers. That lead to larger and more frequent aggregations of the manta rays for feeding, which in turn provided more opportunities for mating.

A watch-list for threatened species, the International Union for Conservation of Nature’s “Red List,” lists reef manta ray as a ‘vulnerable’ species with declining populations throughout their range in the Indo-Pacific, based on an assessment in 2018.

Today, an estimated of 16,000 to 18,000 of the creatures may survive, with the Maldives hosting the biggest number, at least 5,000 individuals, followed by Indonesia with at least 3,500. “Unfortunately, reef manta rays are generally in decline, as in Mozambique where they have been continuously caught in targeted fisheries, or just holding steady, as in Australia and the Maldives,” says Setyawan.

Around the world, more well-enforced MPAs are needed to protect the critical habitats of the creatures, along with strong commitments from governments to protect the species, and fishing gear restrictions such as bans on gillnets and longlines, he says. Manta rays are known for their intelligence, graceful swimming and traits such as somersault feeding, a technique for continuing to move while staying in the same spot to gorge on plankton or krill. Manta rays need to keep moving to stay alive.

The reef manta ray has a wingspan of up to five meters. This slow-growing species starts to mature at nine to 13 years of age (male) and 13 to 17 years of age (female). A mature female gives birth to only one pup every two to six years, after 12 to 13 months of pregnancy. Late maturation and low fecundity make the species especially vulnerable to population declines.

The research, published in Frontiers of Marine Science, was carried out with the help of researchers from the Raja Ampat MPA management authority, Konservasi Indonesia, Conservation International Aotearoa and Waipapa Taumata Rau, University of Auckland.

“Since the study ended, the reef manta rays seem to be doing well and the populations continue to grow,” says Setyawan. “Large feeding aggregations have often been seen and reported. In the past three years, we have identified more than 300 new manta rays. Not to mention the new-borns and juveniles living in the Wayag lagoon and Fam Islands nursery areas we discovered recently.”

Provided by
University of Auckland

Christian Pulisic scores, takes USA to Round of 16

Chili verde can utilize turkey leftovers, but it doesn’t…

Great Lego Gifts for the Holidays Are Up to 65% Off

Mammoths may have gone extinct much earlier than DNA…