Ravi Dahiya to fight for gold at Poland Open 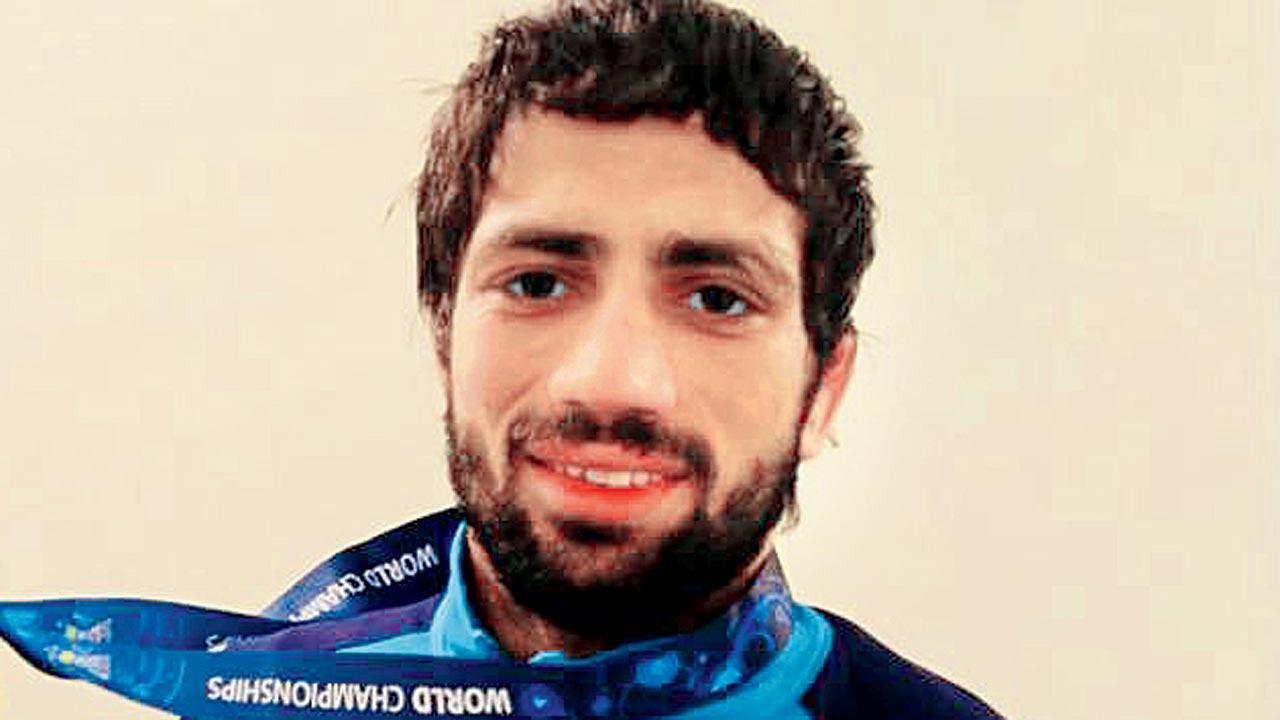 Olympic-bound Indian wrestler Ravi Dahiya put himself in line for his second title of the 2021 season on Wednesday by reaching the 61kg final of the Poland Open, the last Ranking Series event before the Tokyo Games. All his opponents targeted Ravi`s left leg again and again but the reigning Asian champion and 2019 World Championship bronze medallist grappler`s superior stamina pulled him through in his bouts. Competing in only his second competition of the season, Ravi began with an easy 10-1 win against Uzbekistan`s Gulomjon Abdullaev but struggled against Kazakhsthan`s Adlan Askarov before prevailing 13-8.

He sealed his spot in the semifinals with a 9-5 win over American Nathan Khalid Tomasello, who like Ravi, usually, competes in 57kg. Ravi then reached the final with a 7-4 win over Iran`s Reza Ahmadali Atrinagharchi. He will now fight for gold against Abdullaev, whom he trounced easily in his opening bout. The most challenging bout for Ravi turned out to be his second-round duel against Askarov. It was all about stamina and power as the Indian effected a dramatic turnaround after trailing 0-8 to win against the Kazakh. Askarov, the Asian Championship silver medallist, stunned Ravi with a flurry of double-leg attacks as the Indian was struggling to negotiate with the Kazakh wrestler`s fast moves. Even as Ravi got himself positioned for counterattacks, he could not execute them.

It was a strange sight to see Ravi struggling and his defence falling apart. He was just one move and two points away from an embarrassing defeat by technical superiority. However, his rival lost steam in the second period and Ravi took advantage of that to pull off take-down moves one after another to log 13 straight points. In Round 3, he easily beat Tomasello though he allowed the American to get hold of his left leg.

Out of the five points conceded, three were step-outs when Tomasello could not complete the throw but managed to drag Ravi out of the arena. His leg defence was shaky again but Ravi`s stamina yet again pulled him through. He prevailed 7-4 against Iran`s Reza Ahmadali Atrinagharchi, who had the Indian in a spot by locking his left leg multiple times. However, the Iranian was not left with much energy towards the end, a situation where Ravi thrives.

Denial of responsibility! My droll is an automatic aggregator of the all world’s media. In each content, the hyperlink to the primary source is specified. All trademarks belong to their rightful owners, all materials to their authors. If you are the owner of the content and do not want us to publish your materials, please contact us by email – [email protected]. The content will be deleted within 24 hours.
Olympic-bound Indian wrestlerpoland openravi dahiyasports newsTokyo Olympic GamesTokyo Olympics
0
Share

Apple Music might be what Spatial Audio needs to go mainstream