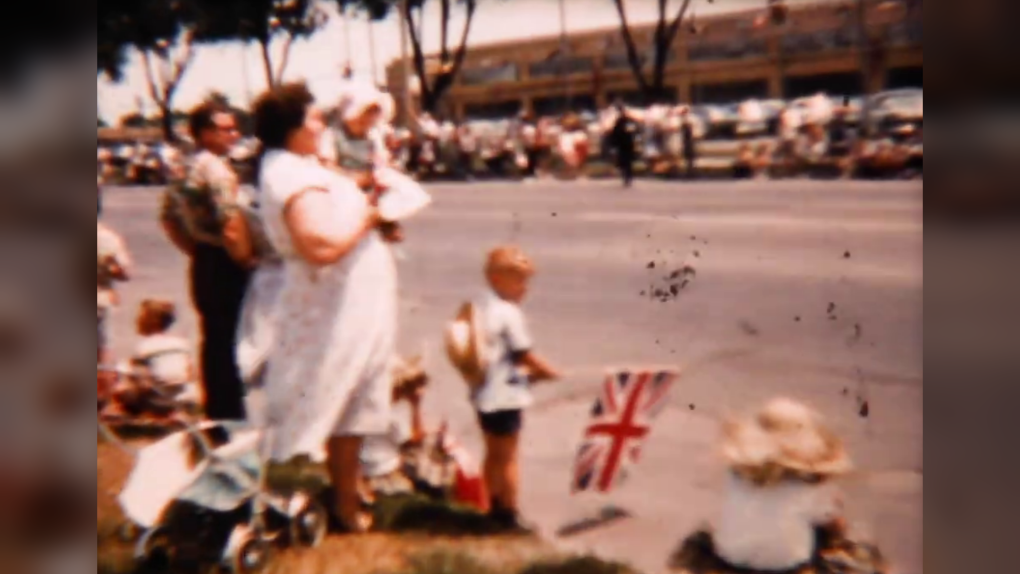 A vintage reel of film which has been sitting in an Ontario man’s garage has been restored by a Windsor filmmaker, showing never-before-seen home video of Queen Elizabeth II’s visit to the city in 1959.

Tony Blak says his memory of July 3, 1959, is “hazy.” After all, he was four years old when he and his family watched the Queen’s motorcade roll through Windsor as Her Majesty waved to thousands of people lining up to catch a glimpse.

Elizabeth II had been crowned Queen seven years prior and was 33 at the time.

“It was just crowded with people, as I recall,” said Blak, adding he has vivid memories of the Royal Yacht Britannia which the Queen boarded to leave Windsor.

Despite the reel being under his family’s possession for decades, Blak’s desire to watch the film was bolstered by the Queen’s death Thursday. She was 96.

But a Windsor-based filmmaker has given Blak’s footage the royal treatment, turning the 8mm film into a digital clip that can be viewed by anyone.

Blak, 67, said his mother had always been a “very big royalist” because the Queen was born around the same year as her.

“I remember that there was a lot of excitement that the Queen was going to be in Windsor at that time,” said Blak, adding his family lived “about 10 blocks” away from Dieppe Park which was part of the Queen’s motorcade route.

Blak’s wife, Stella, shared a similar experience. Long before the two were married, Stella — who was six years old — watched the Queen pass by Jackson Park.

“I couldn’t see the Queen because I was too short. So I remember my sister picking me up putting me on her shoulders and it was a pretty exciting day,” she said.

Tony Blak says this frame from his father’s reel shows Tony as a child holding a British flag while waiting for Queen Elizabeth II in Windsor, Ont., in 1959. The film was restored by Windsor filmmaker Michael Evans on Sept. 10, 2022. (Source: Tony Blak)

Her husband took possession of the film reel seven years ago, following the death of Blak’s father.

“We were going through all the things in his house and I’ve always loved film and still photography. None of my other siblings wanted to take possession of the eight-millimeter [reels],” said Blak, adding he has two 8mm projectors but they no longer work.

“I probably haven’t looked at this footage probably since the 60s.”

Following the death of Queen Elizabeth II, Blak contacted CTV News and shared that he was in possession of new footage showing Her Majesty’s visit to Windsor. 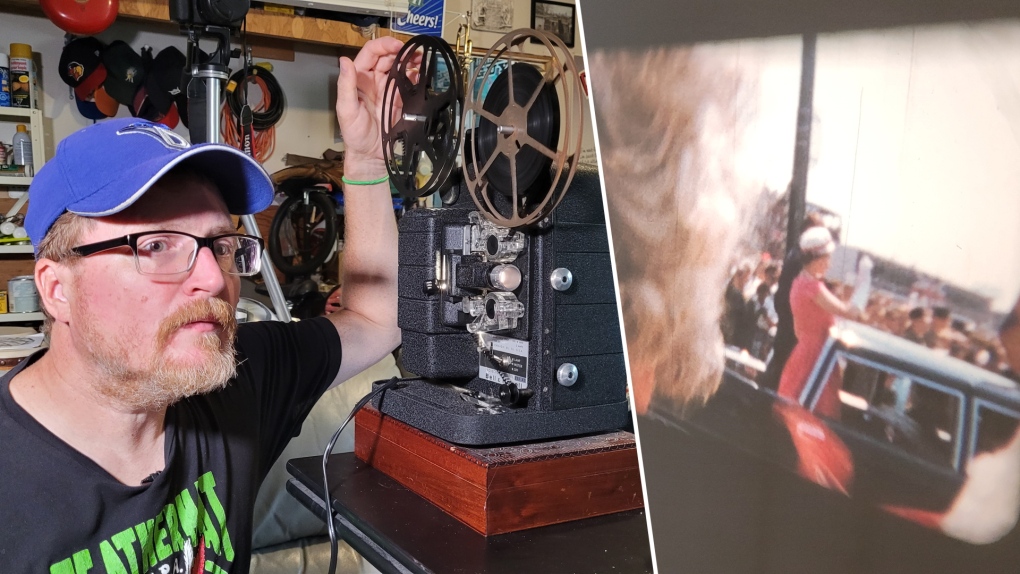 CTV reached out to local filmmaker Michael Evans — an enthusiast of historic films. Using a functional 8mm projector of his own, Evans converted the footage into digital form.

“It’s really nice to see this footage in colour because a lot of the stuff that we have from this era are photographs, and that’s great, but they’re all in black and white,” said Evans.

The footage shows Queen Elizabeth II donning a pink hat and dress, flanked by federal police, as her motorcade drives through the streets of Windsor toward the city’s riverfront.

CTV showed the restored footage to Blak and his wife. While watching the footage, Blak said he saw his mother  — who died in 2018  — and his younger self waving a British flag while standing next to his grandmother.

“It’s just hard to think it was 63 years ago. It’s a little mind-boggling.”