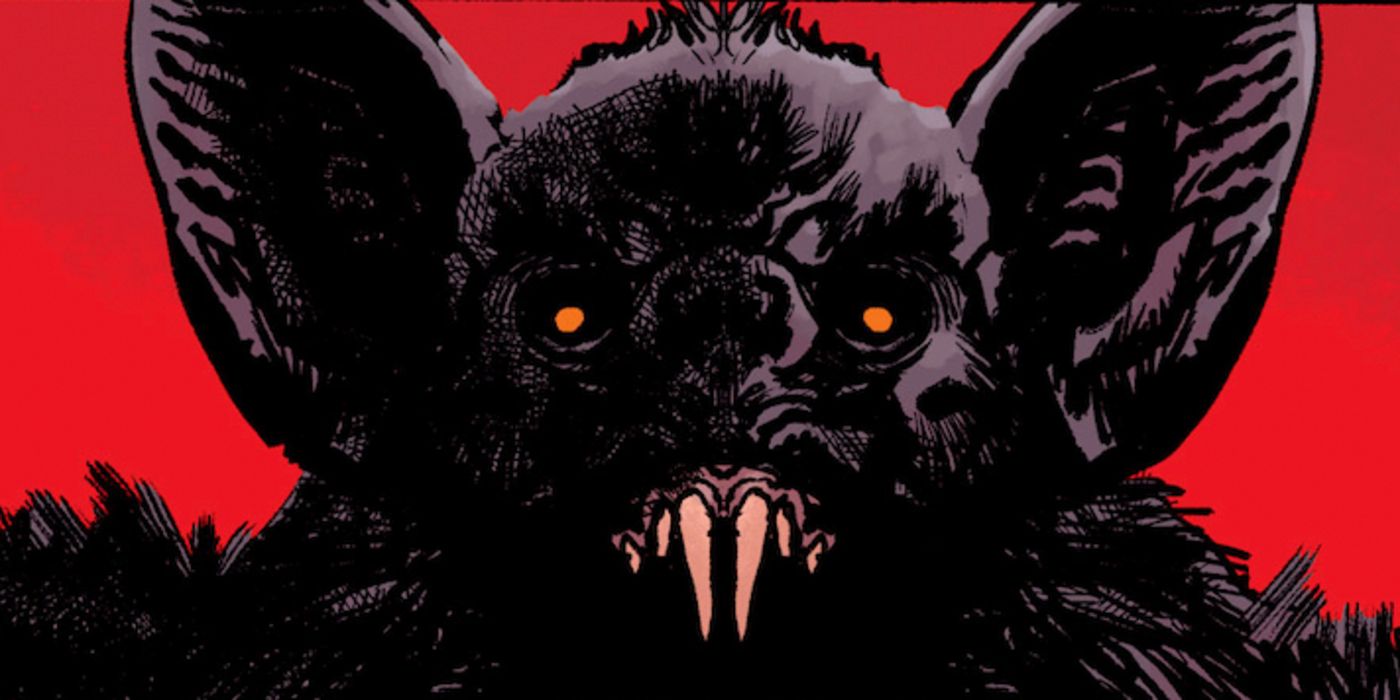 The opening to Detective Comics #1062 features an opera scene reminiscent of Bruce Wayne’s final moments with his parents in Batman Begins.

The following contains spoilers for Detective Comics #1062, on sale July 26 from DC Comics.

The opening moments of Ram V and Rafael Alberquerque’s Detective Comics #1062 showcase a chilling opera that harkens back to a similar scene in the 2005 film Batman Begins.

“Overture,” the first part of V and Albuquerque’s “Gotham Nocturne” arc, begins with an opera named L’Auriga. A masked figure on stage sings over the body of a deceased woman, groaning that monstrous grief has left his soul parched. A looming bat-like demon slowly bears down on him from the shadows, and the masked man proclaims, “I sense you now, demon! Your breath upon my back. The smell of terror in shadows. Your hands rest heavy upon my shoulders and I hear the pearls around your neck…laughing. But you are hidden yet and I dare not look into the depths of my own soul. Where are you, demon?” As the demon reaches closer to grab the man, the panels zoom in on an opera seat reserved for Bruce Wayne, who is away fighting crime as Batman.

RELATED: Batman Just Turned Down an Opportunity to Speak With His Parents Again

Batman Begins featured a similar moment with a young Bruce Wayne and his parents attending a performance of the opera Mefistofele — a notable change from most Batman origin stories, which typically show the Waynes watching The Mark of Zorro in the cinema. As Bruce sees performers in bat-like outfits swivel in the air, his fear of bats kicks in. After begging his parents to leave the theater with him, Bruce and the elder Waynes exit via a back alley door and find themselves confronted by Joe Chill — who shoots Thomas and Martha Wayne after grabbing Martha’s pearls. Joe Chill vanishes into the night, leaving Bruce orphaned and on the dark path toward becoming a vengeful vigilante.

While the opera in “Gotham Nocturne” and the Batman Begins performance of Mefistofele are undeniably different, both feature bats as a central motif, and the masked performer’s reference to “pearls” is highly reminiscent of the jewels that fall from Martha Wayne’s neck in most retellings of the murder that changed the course of Bruce Wayne’s life. The identity of the bat-shaped monster in “Gotham Nocturne” is still unknown at this time.

Why PPFAS is unfazed by foreign investment limits