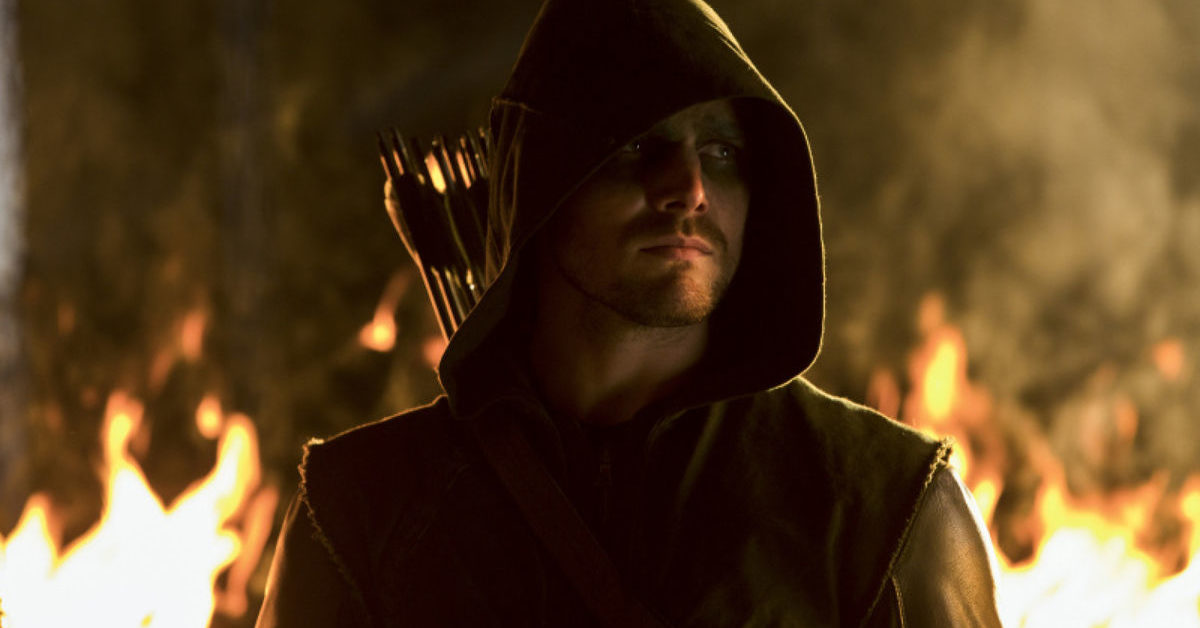 As much as we’re looking forward to covering the second season of STARZ’s Stephen Amell & Alexander Ludwig, we just can’t pass up an opportunity to look back at Amell’s run as Oliver Queen in The CW’s Arrowverse foundational series, Arrow. And with what’s been going on this year with the selling of the network and the slow-death of the Arrowverse (down to only nine, Season 9 episodes of the Grant Gustin & Candice Patton-starring The Flash), the nostalgic “feels” have been kicking in a lot more as of late. So when Amell shares a tweet that reads, “Something about flipping my hood up when it rains in Vancouver feels eerily familiar” (along with an accompanying image), it gives us pause. Here’s hoping that as The Flash reaches its end, we start seeing more and more folks in the media stepping up to give the Arrowverse the proper respect its due as a major television influence.

Here’s a look at Amell’s tweet that got us wanting to rewatch the series run again:

Back in August 2021, when he was a guest on the Hero Nation podcast with Deadline Hollywood‘s Dominic Patten and Anthony D’Alessandro, Amell was open and honest about the final two seasons. Basically, he didn’t want to come back for them. From a creative standpoint, he believed that the show had “done everything” it could after six seasons and that the filming structure had become too formulaic. Amell also found it “frustrating” how the series was always passed over for recognition and awards consideration. While Amell makes it a point of giving individuals their due, it was pretty surprising to hear just how creatively burnt out he was by the time the sixth season wrapped. So who convinced him to stay? Arrow producer Greg Berlanti– and it looks like it took Amell becoming “Green” Arrow in an entirely different way for it to happen.

“I just thought that I had another year, and I thought that I had more in the tank, more that I wanted to share with this industry and this career that I’ve chosen, and I wanted to be inspired again,” Amell explained. “So Greg Berlanti, who’s way smarter than I am, as evidenced by his prolific nature in film and television, convinced me… He basically put me to a place where it would’ve been fiscally irresponsible to not do a seventh season and then complete it with a truncated eighth season.” During his appearance on the Inside of You podcast with host Michael Rosenbaum in November 2020, Amell revealed that there was a time over that summer when production on Heels was riddled with huge question marks. But since Amell was already quarantining, wanting to work, and on stomping grounds that he got to know for eight seasons of Arrow, he decided to give Berlanti a call. Amell’s pitch: he’s already in the area and since The CW shows might be having issues getting American actors over the border, why not whip up another season of Arrow or at least keep it “on the radar,” as Amell asked Berlanti to do:

Nifty Bank: Key levels to watch out for on Tuesday