Rainn Wilson Wants To Play Chris Pine In A Movie About The Don’t Worry Darling Drama, Already Has A Name Picked Out 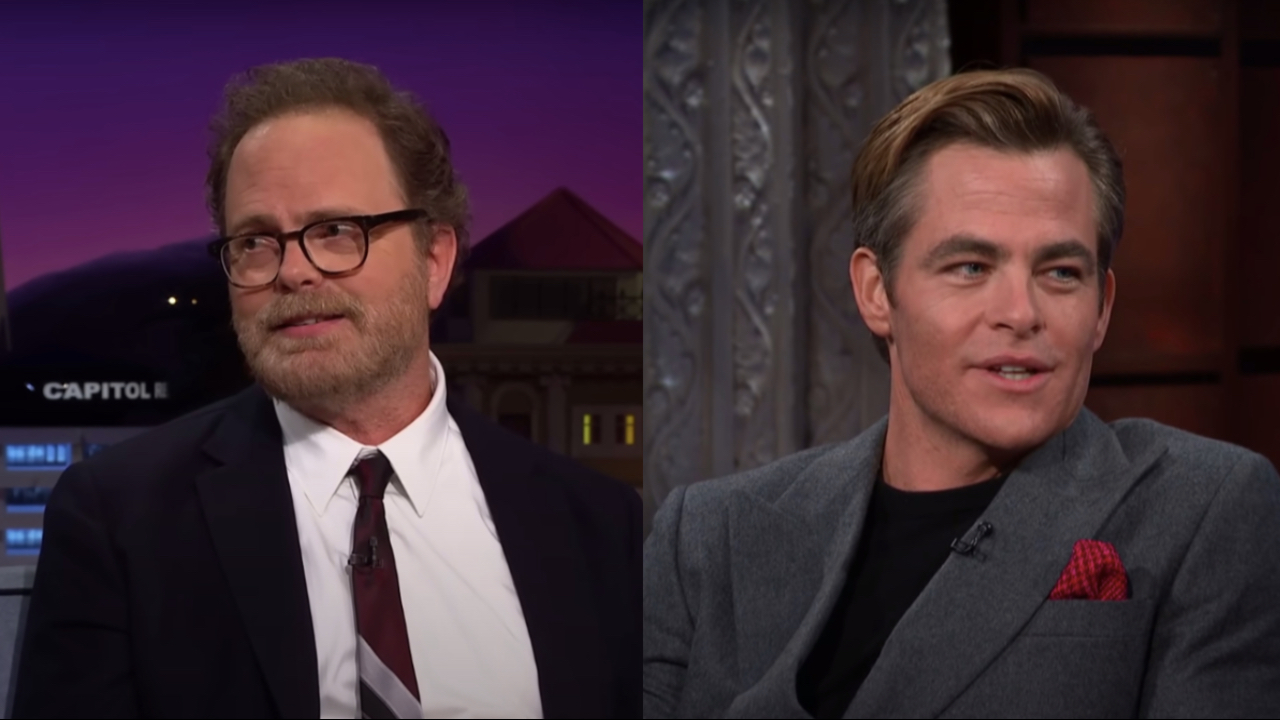 The drama surrounding the Olivia Wilde-directed film Don’t Worry Darling has sent Twitter into an absolute firestorm. There was already lots of talk about cast relations ahead of the Venice Film Festival, where it premiered just a few days ago. However, after that premiere, the discourse seems to have skyrocketed. Even Hollywood stars like Rainn Wilson have taken an interest in the online discussions around the film. Wilson thinks there needs to be a movie about the making of Don’t Worry Darling, and he has already volunteered to play Chris Pine.

The Office star decided to put in his two cents on everything going on with Don’t Worry Darling, and it’s hysterical. Not only has Wilson come up with a title for a hypothetical movie about the behind-the-scenes drama, but thinks he should be a part of the film. Wilson doesn’t see himself as the main star, but rather in a supporting role as actor Chris Pine, who has taken a back seat in terms of the controversy. See Wilson’s funny tweet below:

For those blissfully unfamiliar, the making of Don’t Worry Darling has been anything but “darling,” and all the drama has seemingly come out after the film’s completion. Don’t Worry Darling is a psychological thriller starring Harry Styles and Florence Pugh, with supporting performances by Nick Kroll Chris Pine, and Gemma Chan. The film initially attracted widespread attention due to Styles’ involvement and the alleged romance that started between Styles and Wilde during filming. A quick rundown of the events following the wrapped production includes Wilde being served with custody papers publicly while promoting Don’t Worry Darling, Pugh pulling out of a promotional tour, Shia LeBeouf debunking a claim by Wilde that he was fired from Styles’ role and, somehow, “Spit-Gate” involving Styles and Pine. I am still working out the details of the last one.

As a result, the film can not stop attracting attention in the forms of memes, TikToks videos and tweets joking about the fiasco. It doesn’t help that early reviews for Don’t Worry Darling are a bit worrisome. According to Rainn Wilson, however, the discourse it’s almost… cinematic? Maybe he’s right that the making of Don’t Worry Darling needs an on screen adaptation immediately.

Wilson may be on to something. Stories following the making of Hollywood films are incredibly popular right now. For example, the Paramount+ show The Offer is about the making of The Godfather, and the Oscar-nominated Netflix film Mank follows the development of Citizen Kane. While I’m not sure Don’t Worry Darling will live up to the likes of these incredible masterpieces in American cinema, a movie about what went down behind the scenes certainly would be entertaining.

Before we can see Rainn Wilson as Chris Pine in this hypothetical Worry Darling movie (which definitely needs to happen, by the way), we can catch him starring alongside Daniel Radcliffe in Weird: The Al Yankovic Story. The film is an untraditional biopic premiering September 8 on The Roku Channel (opens in new tab). If you want to see for yourself what Don’t Worry Darling has in store, the film will hit theaters September 23. For other information about movies coming out later this year, check out our 2022 movie release schedule.

Malaika Arora, Shahid-Mira Kapoor and others get clicked out and about in the city. See pics: