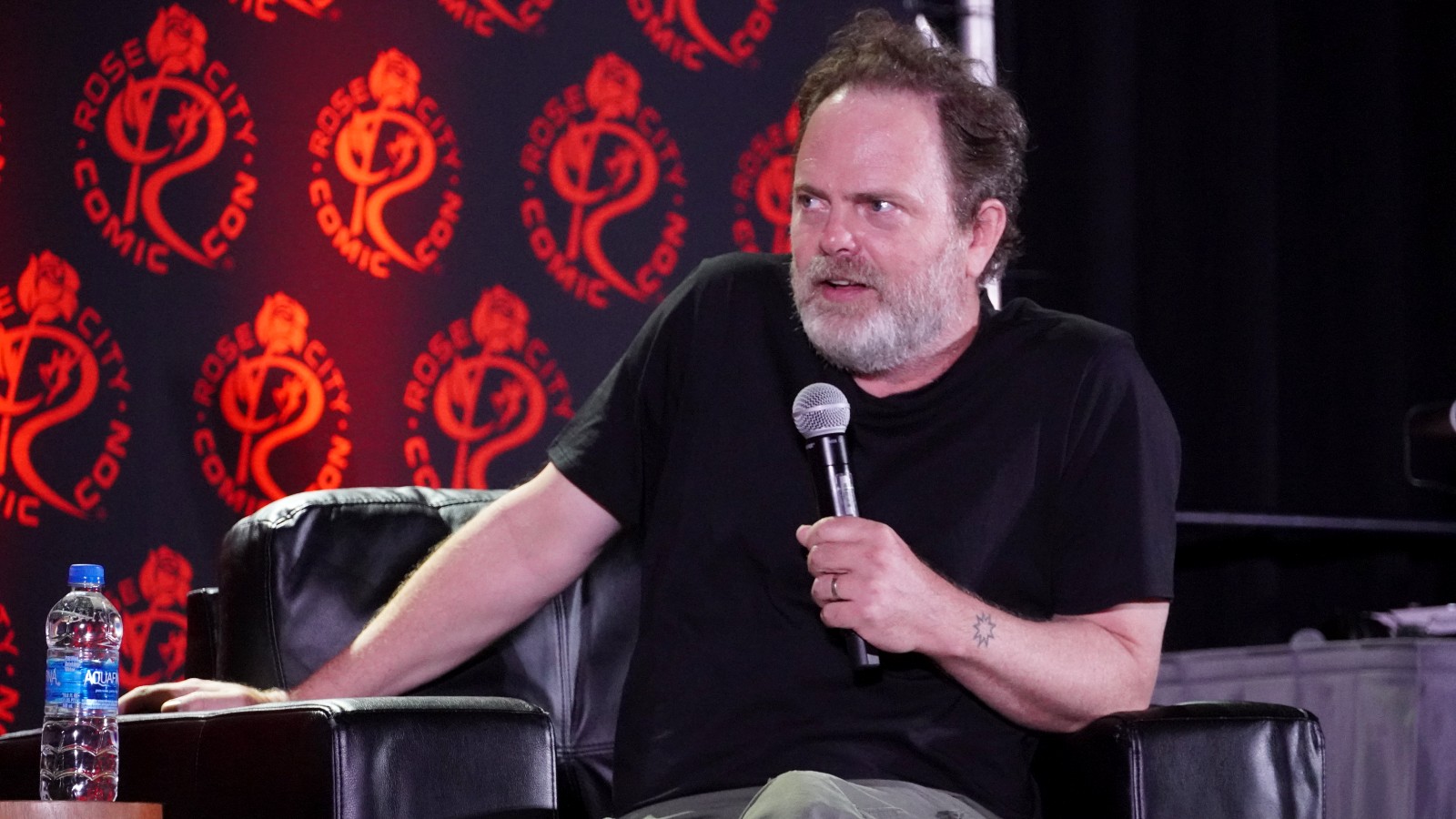 Rainn Wilson, the comedic actor who brought the hierarchy-obsessed Dwight Schrute to life in the U.S. version of The Office, is giving more information about the show’s failed spinoff which would star his character, The Farm.

Wilson, who boasts an impressive filmography since debuting on the big screen as an actor in 1998’s Galaxy Quest, fielded fan questions at a recent panel during Rose City Comic Con in Portland, Oregon, where he talked about the filming of the pilot episode of The Farm and why it ultimately did not take off.

In response to a fan’s question about how the unaired pilot episode of The Farm differed from the episode of The Office entitled “The Farm,” Wilson described it as a “tricky thing” to try and pull off a spinoff, but maintains it probably would’ve been really funny.

“We were trying to do what they call a ‘backdoor pilot’ where you do an episode of an existing show but it’s setting up the fact that, hey there could be a whole spinoff here with these characters. The problem is, we tried to do that in 21 minutes and 50 seconds that we have that NBC gave us for an episode. So we needed to have an episode of the office and also introduce, you know, Dwight’s farm, the depth in his family, the brother and sister characters, and what it could look like to kind of have more of a show on Dwight’s farm.”

Not only was setting up the pilot within the 22-some-odd-minute time limit “very hard to do,” but Wilson said the necessity for The Office episode to have a “B story” taking place back at Dunder Mifflin’s Scranton branch further whittled down the total amount of time at the farm to “17-18 minutes” to set up the spinoff.

“It’s really hard to do in that short amount of time,” Wilson said. “That’s a short film.”

‘NBC Universal didn’t know what they had’

Another reason Wilson cited for The Farm not being picked up was simply that “NBC Universal didn’t know what they had.”

“They never knew what they have with our show. And they never really appreciated The Office. And they were just like ‘we want more Friends kind of shows,’ nothing against Friends,” Wilson explained. “Even when we were like a top 10 show, they just didn’t know…we were weird and they didn’t know [..]. how to process us. And they just continually are surprised.”

Wilson said NBC went on to make “terrible deals in syndication” and seemingly always underestimated the success of The Office, demonstrated by their being caught off guard when it slid into the top spot on Netflix.

“So we were always like the weird step brother show at NBC. And there was a new regime that came in right before The Office – ‘The Farm’ and they just weren’t interested in that kind of a show.”

Wilson indicated during his monologue that there exists a longer version of The Farm pilot that he hopes NBC will put on their streaming service, Peacock, “at some point.”

“There was like a 29-minute version of ‘The Farm’ that was really long and weird and very interesting and very funny. And I think it would’ve been a really great show and it probably would’ve made them a billion dollars.”

Wilson admitted The Farm probably wouldn’t have surpassed The Office in quality, but “nothing is as good as The Office, so that’s OK.”

“If it’s like 65 percent as good as The Office, it would’ve been pretty damn good.”

Having appeared in films as varied as House of 1000 Corpses, Juno, and Transformers: Revenge of the Fallen over the years, Wilson has proved to be a persistent and charming face in the world of movies and TV, including a recurring part in the acclaimed HBO series Six Feet Under.

More recently, Wilson, who is from Seattle and began as an actor at University of Washington before spreading his wings in theater in New York City, has appeared in shows such as Solar Opposites and Utopia, and films such as Jerry and Marge Go Large and The Meg, among many others.

In the DC Animated Universe, Wilson has also portrayed Superman’s archnemesis, Lex Luthor, in movies like Justice League Dark: Apokolips War, The Death and Return of Superman, and Batman: Hush.

And if that wasn’t enough fandom cross-pollenation for you, Wilson also plays Harry Mudd in the series Star Trek: Discovery.

Win a Tesla Model X Plaid, the fastest electric SUV ever made