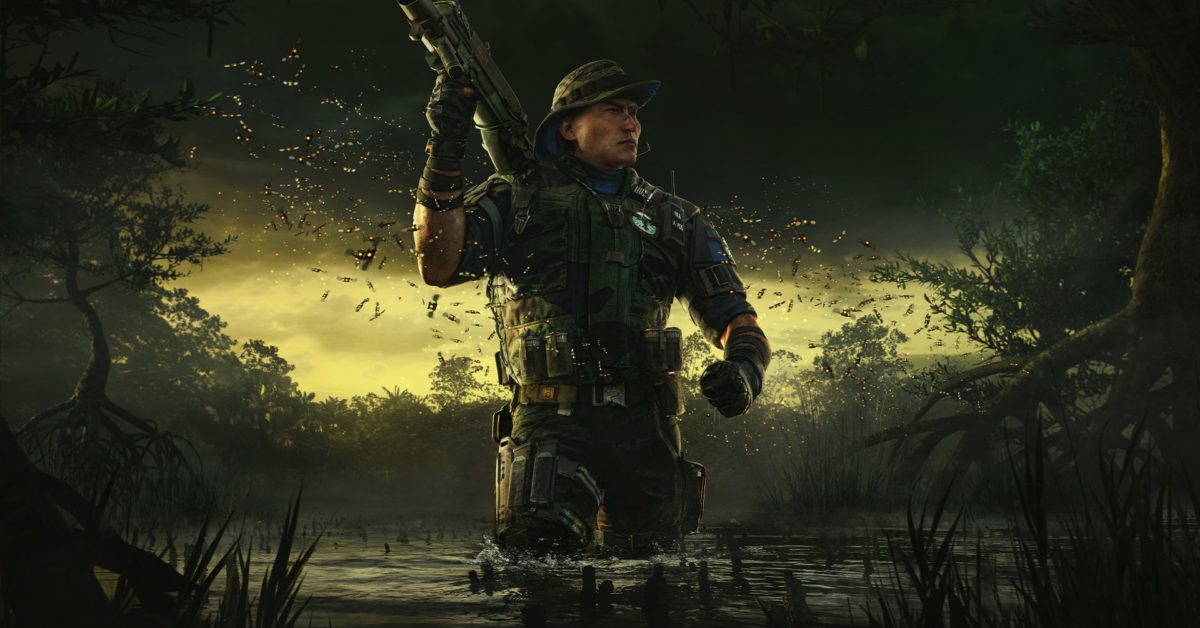 Ubisoft dropped new details this morning for the upcoming Rainbow Six Siege addition to Year 7 Season 3, going by the name Operation Brutal Storm. The season introduces Agent Charlie Tho “Grim” Keng Boon from Singapore, who serves as the latest attacking operator primarily for recon. He does this using his special weapon, the Kawan Hive Launcher, which will send a swarm of tiny bots that look like glowing bees into the field of play, and anyone who walks through them will be tracked. He also comes with a disabling weapon as we’re getting an Impact EMP Grenade, which will take out electronic devices for a short time. The season also comes with a number of updates to gameplay, some you’ll love, and a few you might despise if you’re a cheater. We have the rundown and the full introduction video down below, as the content will be on the test servers shortly, followed by the launch of the battle pass a few weeks later, and available to everyone two weeks after that.

We overhauled the recoil system with the aim of making weapon recoil more meaningful. In this new system: Vertical recoil has been reviewed on all weapons and adjusted to match the weapon’s expected power level. Vertical and horizontal recoil intensity increases during sustained fire bursts. The longer the burst, the stronger the recoil. Limits on weapons with strong recoil have mostly stayed the same. LMGs and weapons with high capacity magazines now have a 4th stage of recoil that’s harder to control. Weapons have more attachment options. This feature will be available for both Console and PC.

Recoil on console now works differently compared to PC. In the past, console recoil was adjusted based on PC values and modified for console. With this approach, console recoil values can be adjusted separately from PC allowing us to focus on the needs of console more accurately.

REPUTATION PENALTY: ABUSIVE TEXT CHAT: Last season we introduced Reputation Penalties by adding a penalty for abusive friendly fire, and this season we are introducing a new penalty for abusive text chat. While active, this penalty mutes repeat offenders by default to prevent hateful and abusive content in text chat. Muted players can still send and receive messages in text chat, however their messages will only be seen by players who choose to unmute them. The abusive text chat penalty will become active later on in Season 3 rather than during the season release. When released: All players will have a grace period so they can adapt to the new system. After the grace period is over, players who’ve sent too many hateful or abusive text chats will get an active penalty for 30 matches.

REPORT CHEATERS IN MATCH REPLAY: We’ve added a new way to report cheaters in Match Replay. Now you can report a player if you weren’t able to during a match or if you discover someone cheating while watching footage from your last matches.

After a workshop and discussions with the pro teams, Stadium 2021 is being added to the map pool. However, you’ll be seeing this map under a different name: Stadium Bravo. Stadium Bravo is a combination of Border and Coastline. The well-balanced sites and features are color coded and contain less clutter, making it feel different, and yet familiar.

Starting this season, Rainbow Six Siege players will be able to purchase the Battle Pass for their friends to join in the fun! The same Battle Pass you buy for yourself can now be purchased and given to friends via Ubisoft Connect, be it the Premium Battle Pass at 1200 R6 Credits or the Premium Battle Pass Bundle at 2670 R6 Credits. Owners get to enjoy a 10% discount on all Store purchases, such as weapon skins or Bundles, for the duration of that Battle Pass. Players need to be friends through Ubisoft Connect for over 90 days and be using the same platform to gift of a Battle Pass to each other. Examples include PC players gifting to other PC friends, while Sony PS4 players can only give to PS4 and PS5 friends. There is no region lock on the other hand, so there is no better time to work on your team skills no matter the distance.

MAP BAN CHANGES: We’ve changed the Map Ban Phase to now display 5 maps instead of 3.  This will increase map diversity while also maintaining player agency for removing certain maps from the pool.

TACTICAL MAP CHANGES: We’ve updated the Tactical Map to provide more crucial information to Attackers and help them make more informed decisions during the Preparation Phase. Attackers can now see a list of available Defender objective locations. The floor map and objective locations will be displayed when they are discovered by the Attacking team.

OPERATORS PRICE DECREASE: As with every Rainbow Six Siege season, Operation Brutal Swarm brings a price decrease for specific Operators. Amaru and Goyo are dropping to 10,000 Renown or 240 R6 Credits, Zero is changing to 15,000 Renown or 360 R6 Credits, and Osa will now cost 20,000 Renown or 480 R6 Credits. Now is the perfect time to add Operators to your roster and test them out.

SEASONAL WEAPON SKIN: Operation Brutal Swarm arrives with rugged new additions for your weapon skin collection. Acquiring the Torrid Jungle Bundle will unlock the Weathered Partner weapon skin and attachment skin, as well as the Smelly Durian charm. The weapon skin is released at Operation Brutal Swarm’s launch and is available for purchase throughout the season. Once unlocked, it remains in your inventory indefinitely and can be applied to all available weapons.

‘MultiVersus’ beats out ‘Elden Ring’ as highest-grossing game of July