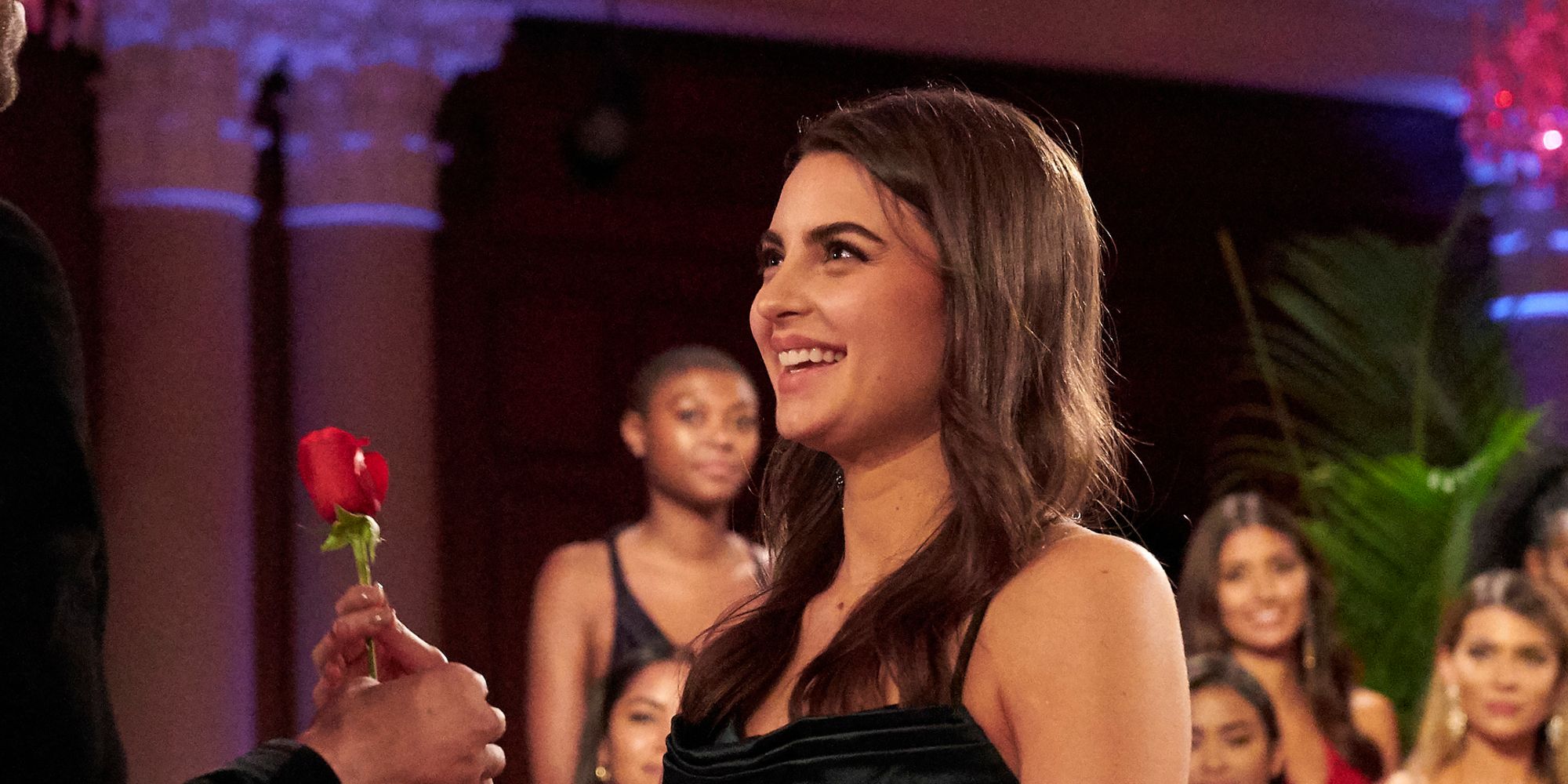 Rachael Kirkconnel; continues to face criticism from Bachelor Nation, this time over alleged brownfishing and sharing a human trafficking graphic.

Tuesday was not a great day for The Bachelor contestant and possible front-runner Rachael Kirkconnell. After a week of swirling rumors about her past, Bachelor Nation embarked on a deep dive on her Instagram. What they found were a few questionable posts that don’t help with the scrutiny Rachael has been under from loyal Bachelor fans.

It all started with a TikTok made by Maddy Bierster in which she claimed Rachael bullied her and her friends in high school for “liking Black guys.” This TikTok blew up, and other classmates of Rachael chimed in to say they experienced bullying from the Bachelor star as well. Not all Bachelor fans were quick to believe these rumors, as real bullies often claim to be the hurt party. Then, however, photos emerged of Rachael at a Halloween party where she and her friends were dressed as Native Americans. Rachael has not spoken out about these rumors yet, and it’s likely her contract is preventing her from doing so. However, she has now come under fresh fire on Reddit for both possible brownfishing and sharing a QAnon infographic.

Brownfishing is in the same vein as Blackfishing, and is the practice of making yourself seem more “brown” or Black in photos. To its most extreme end, it is exemplified by people like Rachel Dolezal, who pretended to be Black by making her hair, skin color, and intonations appear more, “Black,” despite being born to white parents. On social media, black or brownfishing means darkening your skin by self-tanning or image editing to appear way darker than you actually are, thus enjoying the features of brown-ness while facing none of the social ramifications of being a person of color. Reddit user legally_sad posted a series of photos of Rachael and accused her of brownfishing. In the photos, Rachael is very tan. Comparing the photos to her most recent Instagram pics is quite the contrast. As many Reddit users in the comments pointed out, whether Rachael was intending to brownfish is not the problem, as it’s a relatively new concept for most Americans. The problem, as Spicydream put it, is that, “Obviously a lot of woc care that they were bullied for their skin color and were generally made to feel like it’s unattractive and this white woman can just waltz in and create the same skin color with fake tan and filters. It’s hurtful.“

At the same time, Rachael was also accused on Reddit of posting QAnon information. Like the brownfishing, there is the possibility Rachael was not aware of the connotations of what she posted. On her Instagram story on Tuesday, she included a post about human trafficking that read, “Human trafficking is the worst kind of pandemic. A pandemic that is silent.” Rachael even added her own data to the slide, writing, “40+ million enslaved. Only .04% of cases are identified. Traffickers earn $150B per year. 71% enslaved are FEMALE. Over HALF of all cases involve CHILDREN ONLY.” The deleted story was a post from PragerU, a right-wing organization that spews out harmful rhetoric such as “Blacks in Power Don’t Empower Blacks.” The PragerU post Rachael had on her highlight read, “Isn’t it interesting that big tech & social media companies can’t remove child pornography & pedophilia, yet they can immediately remove so-called ‘dangerous’ content they disagree with.“

QAnon has had massive success in America partly because they veil their true, harmful beliefs – like needing to storm the US Capitol to defend President Trump – under appealing movements like “Save the Children” (not to be confused with the legitimate non-profit named Save the Children). While everyone deserves the benefit of the doubt, it’s hard to believe Rachael is unaware of “Save the Children’s” real political ideology, especially after last week’s insurrection at the Capitol. While you can’t believe everything you see on Reddit, it does seem that Rachael will have some explaining to do once her contract is up.

Next: Bachelor: Michael Garofola Punched By A Man Refusing To Wear A Mask

The Bachelor airs Mondays at 8 pm ET on ABC.

Meg Spaulding is a writer who spends an alarming amount of time consuming reality TV. She graduated with a film and history degree from UC Santa Cruz and has been writing about all things entertainment ever since. Her favorite show to analyze is The Bachelor. When she’s not thinking about TV, she enjoys reading and having long conversations with her friends.