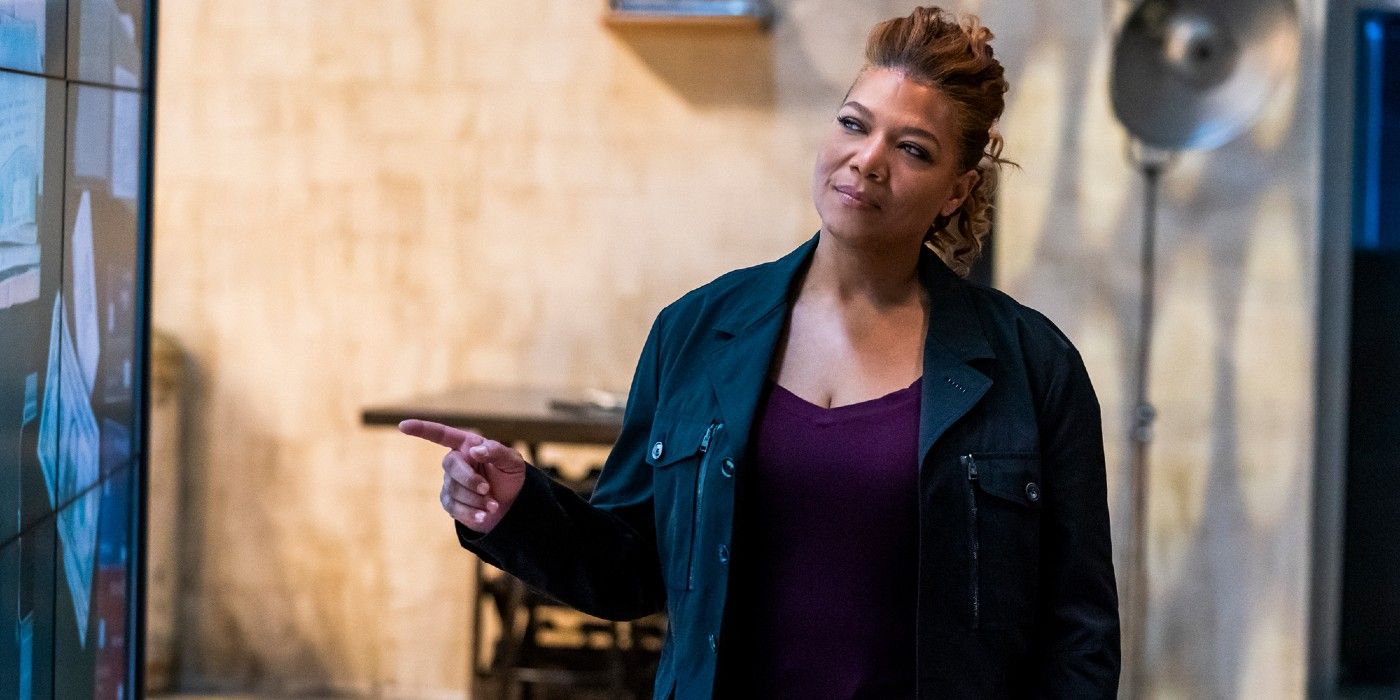 She’s the one you call when you can’t call 911… or Denzel Washington.

To say that CBS has high hopes for The Equalizer would be an understatement. The network has given the vigilante reboot starring Queen Latifah a splashy premiere slot on Feb. 7 following the Super Bowl, which just so happens to be the most-watched TV event of the year, so the pressure is on this show to explode out of the gate, and now we have our first real look at the series thanks to a new trailer.

Queen Latifah plays Robyn McCall, who decides to fight crime with the help of a small support team that includes the always-welcome Adam Goldberg (Dazed and Confused). “I’m the one you call when you can’t call 911,” McCall says in the trailer, which also features Chris Noth, who warns her that the CIA is also curious about this dangerous new vigilante on the scene.

Now, The Queen has been a little glammed up in this trailer, and to be honest, I’m not sure I’m buying her as The Equalizer at this stage of her career, but I do think this show will be a hit for CBS. Don’t get me wrong, Queen Latifah was a badass in Set It Off, and I would’ve loved to have seen her in a vigilante show back then, but 25 years later, this role feels like a bridge too far for me. She also has big shoes to fill, with her Bone Collector co-star Denzel Washington having just played the role on the big screen.

Of course, most people won’t be familiar with the original ’80s series that starred Edward Woodward, but then again, this is CBS we’re talking about here. It has an older audience that may very well flock to this series because they have fond memories of the original show. You never know…

Even though this isn’t the starring vehicle I might’ve developed for her, I remain a fan of Queen Latifah, who celebrates her 30th year as an actress this year, which is truly impressive. From Chicago and Beauty Shop to the Ice Age sequels, Girls Trip and HBO’s Bessie, Queen Latifah has proved the doubters wrong, and I’m sure I’ll be the latest one to join that list. After all, if CBS can make a TV star out of LL Cool J, the sky’s the limit for The Equalizer. All hail The Queen! And don’t forget about CBS’ Silence of the Lambs show Clarice, because I sure haven’t after that creepy-looking trailer.

Katheryn Winnick on ‘The Marksman,’ Why She Loved Lagertha’s Sendoff in ‘Vikings,’ and ‘Big Sky’s Next Storyline

Plus, she tells us the cool thing Liam Neeson did for her while making ‘The Marksman.’