Purse snatchers arrested after taking purse with tracking device inside 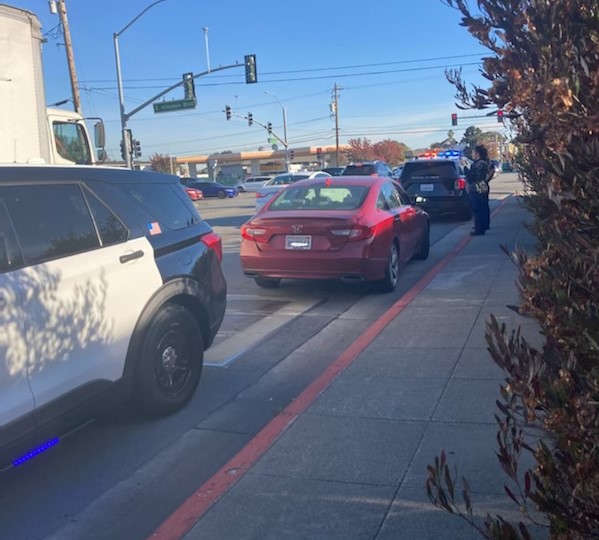 SAN MATEO, Calif. (KRON) — Two suspects were arrested Wednesday in San Mateo in relation to a string of crimes that included stealing a purse at a grocery store, according to a news release from San Mateo PD. Officers were initially called to the Safeway at 165 S. El Camino Real in response to a report of a theft that happened just after 1:15 p.m., the release states.

The victim was shopping when the suspects stole her purse and wallet from her shopping cart, officers learned. Officers were able to track the suspects’ movements using tracking technology provided by the victim.

The suspects movements were tracked around San Mateo as they committed additional crimes at a CVS Pharmacy and a Nordstrom. As they were traveling on Hillsdale Blvd. toward Highway 101, officers located a red Honda Accord that was trying to avoid police detection, according to SMPD.

Using security footage, officers confirmed the car’s occupants were the same people who stole the purse and wallet at Safeway and committed the additional thefts. The car’s occupants were arrested and booked into San Mateo County Jail on multiple charges. The victim’s property was later located after the suspects had discarded it in a storm drain.

Aniyah Kimmins, 26, of Oakland was arrested for grand theft, identity theft, second degree burglary and conspiracy to commit crime. Daron Ireland, 25, also of Oakland, was arrested on the same charges in addition to having a DUI arrest warrant.

A Scorching Hot Take Claims ‘Terminator 2’ Is a Dull Disappointment

‘Haunted Dorm’ — What You Need to Know About This Unique…

How to Engage Employees Through Core Values

Rangers face challenge of matching up with hungry Connor…

Tata Punch or Maruti Wagon R CNG, which is the better first…