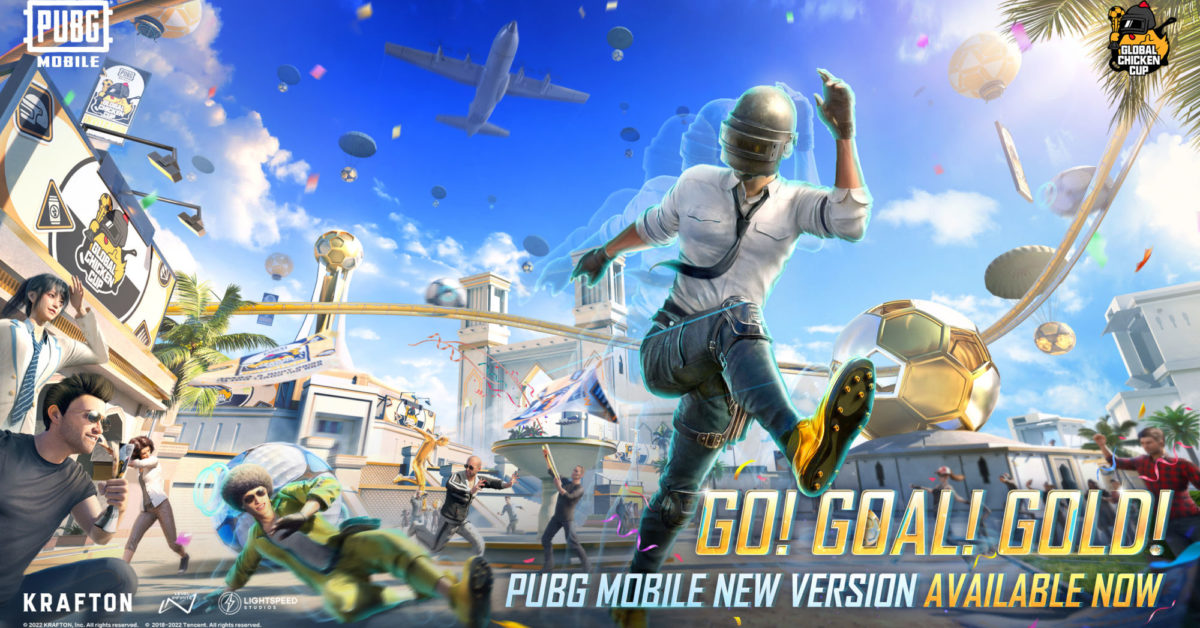 Krafton Inc. has revealed all of the details for the upcoming update to PUBG Mobile, as Version 2.3 will be arriving on November 23rd. To go in line with the World Cup, they are launching the Global Chicken Cup, playing off of the event as you get to have some fun with the global sporting event. They’ll also be launching Season 9 of the current cycle, bringing in a brand new pass and other content to the game. We got the full rundown from the team below.

“In the Version 2.3 Update, Lionel Messi will take up his captaincy of the PUBG Mobile Global Chicken Cup, bringing with him a multimap makeover alongside a batch of goodies and rewards for players ready to get their head in the game – remember to take up Messi’s event invitation to grab special rewards, including the upcoming collaboration jersey which will be available from tomorrow. Additionally, players who find themselves on the battlegrounds of Erangel, Livik, and Nusa will have an opportunity to discover Messi’s Golden shoes, which will give their wearer a valuable speed boost, or make use of the Wonder Football which can be utilized to pull opponents towards its landing point after being kicked! The one-person Zorb Football Vehicle on the other hand allows players to envelop themselves in a huge football, which can be kicked into the air by teammates. More exclusive Messi items and outfits will also become available later in the Version 2.3 Update starting on November 23rd.”

“With the arrival of the Football Carnival area, Erangel’s mine pit has been completely transformed! Travel around on specially made tracks in the Zorb Football Vehicle to see the sights of a beautiful new urban complex inspired by Middle Eastern architecture, stashed with extra supplies and themed items. Players are also encouraged to access the new treasury, only open after a certain time, where even more valuable supplies are up for grabs, as well as automatically receive a Respawn Card in the area to make the most of another chance in the battleground.”

“Additionally, scattered around Erangel are different-sized football arenas, where players can earn extra supplies by booting their Wonder Footballs into the back of the net. Players can also discover and use Giga Footballs, which give great cover but explode after too much damage. Finally, players will also have an opportunity to use Football Flare Guns, which summon football-shaped airdrops, and prepare for battle on the football-themed Spawn Island so players can try out many of the update’s new items before the game begins.”

“In the spirit of football season, the Version 2.3 Update will feature a Unite For One Goal event that will put an emphasis on teaming up, allowing players to form teams to help each other rank up faster for the first time in Rank Up With Friends! From November 20th to December 3rd, a broad array of benefits are available to those who play in a team with friends each day, such as protected ratings, extra points when finishing in the top 30, and double challenge points.”

Wall Street economists split on whether Fed cuts rates in 2023

With Vampire Survivors, I finally get the appeal of Xbox Game Pass Cloud Gaming