Protest and Memorial held outside the Oklahoma County Jail Saturday 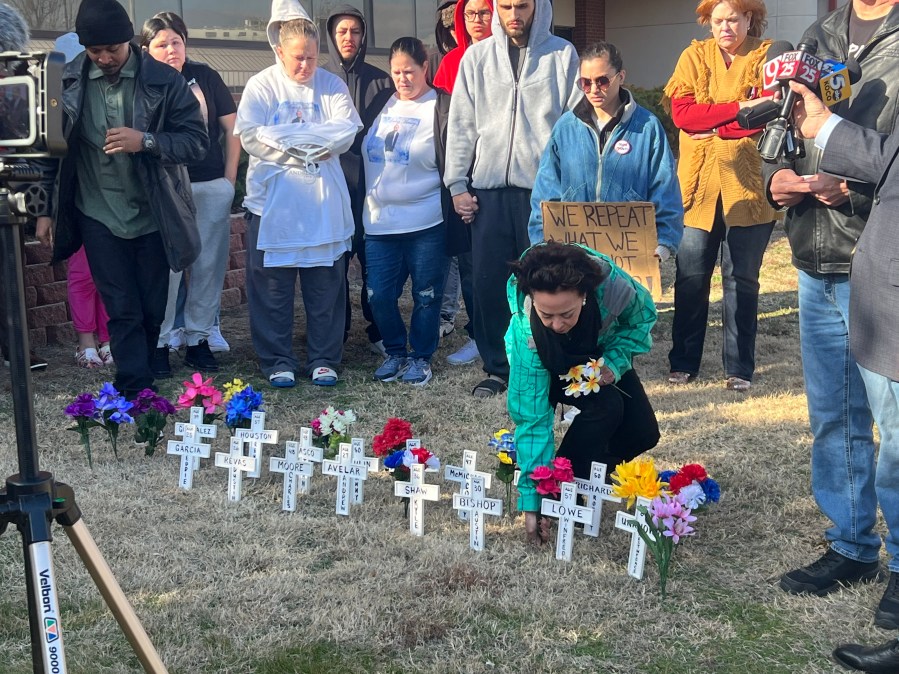 OKLAHOMA CITY (KFOR) – Family members, friends, community members, leaders, justice reform activists and more gathered in front of the Oklahoma County Jail Saturday afternoon for a memorial and protest to honor those who have died and suffered inside the county jail.

Saturday, several people were fighting for reform and justice inside the walls of the Oklahoma County Jail. Key speakers with The People’s Council for Justice Reform described it as one of the deadliest jails in America.

“This is the deadliest jail in America,” said a protester.

Saturday people laid crosses on the lawn in front of the jail to symbolize each inmate who died in 2021.

There were 16 deaths at the jail last year, and 15 the year before, along with countless acts of willful neglect, abuse, and even rape.

“Stop looking at people as a number and understand that human life is important. You know, it’s one of the most valuable things, more than that good money in your pocket. And that’s what matters,” said Cherisse Baker, member of The People’s Council for Justice Reform.

“What I’m looking for in an administration is somebody who walks with a heart of compassion. I do understand that we can’t save everybody, but we can do a whole lot better than what we’re doing,” said Baker.

“Ultimately every single one of us are responsible for these deaths because we’ve allowed our society to get to the state it is,” said Baker.

“See, the crazy thing is they said it was a suicide. Their coroner said it was suicide. We sent him to Arkansas to get an autopsy and it ended up being a homicide,” said Bryce Avelar, brother died in county jail in 2021.

He too recently experienced the living conditions inside those walls.

“I didn’t have a bed for a whole week, and it was cold, there were bed bugs. My cell was actually getting bit every day. He had over 18 bites on him in a day. It was terrible. It’s no place for anybody. And the fact that they still think that building a new jail is going to be the fixer, that’s not the issue. It’s all about the people moving in. I just want justice for every one of them that, you know, passed away. And hopefully we get as soon,” said Avelar.

Interim Oklahoma County Jail CEO Brandi Garner was at Saturday’s protest, but did not speak with media. She instead had an intimate meeting after the memorial and protest with families of lost loved ones.

The many companies in Digital Currency Group’s crypto empire