Protecting 30% of Australia’s land and sea by 2030 sounds great, but it’s not what it seems 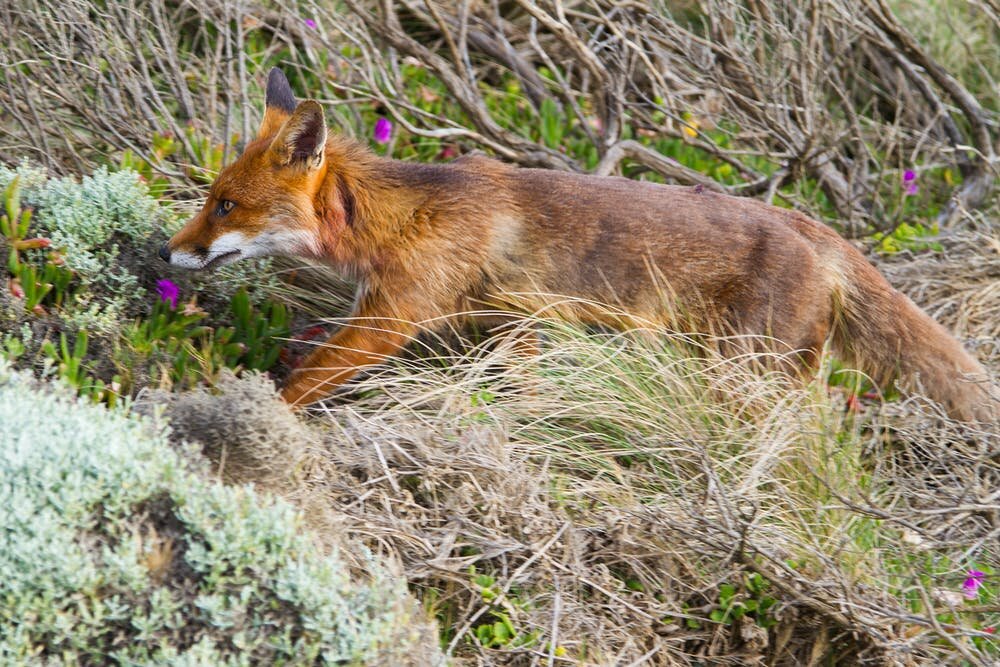 You would have heard Australia’s environment isn’t doing well. A grim story of “crisis and decline” was how Environment Minister Tanya Plibersek described the situation when she launched the State of the Environment Report last week. Climate change, habitat destruction, ocean acidification, extinction, and soil, river and coastal health have all worsened.

In response, Plibersek promised to protect 30% of Australia’s land and waters by 2030. Australia committed to this under the previous government last year, joining 100 other countries that have signed onto this “30 by 30” target.

While this may be a worthy commitment, it’s not a big leap. Indeed, we’ve already gone well past the ocean goal, with 45% protected. And, at present, around 22% of Australia’s land mass is protected in our national reserve system.

To get protected lands up to 30% through the current approach will mean relying on reserves created by non-government organizations and Indigenous people, rather than more public reserves like national parks. This approach will not be sufficient by itself.

The problem is, biodiversity loss and environmental decline in Australia have continued—and accelerated—even as our protected areas have grown significantly in recent decades. After years of underfunding, our protected areas urgently need proper resourcing. Without that, protected area targets don’t mean much on the ground.

What counts as a protected area?

In 1996, the federal government set up the National Reserve System to coordinate our network of protected areas. The goal was to protect a comprehensive, adequate and representative sample of Australia’s rich biodiversity.

Since then, marine reserves have expanded the most, with the government protecting Commonwealth waters such as around Cocos Islands and Christmas Island.

On land, the government has been very hands-off. Progress has been driven by non-government organizations, Indigenous communities and individuals. New types of protected area, offering different levels of protection, have emerged. The Australian Wildlife Conservancy now protects or manages almost 13 million hectares—about twice the size of Tasmania. Bush Heritage Australia protects more than 11 million hectares. While these organizations do not always own the land, they have become influential players in conservation.

Protected areas have also grown through covenants on private land titles, aided by groups such as Trust for Nature (Victoria) and the Tasmanian Land Conservancy.

In total, public protected areas like national parks have only contributed to around 5% of the expansion of terrestrial protected area since 1996. Non-governmental organization land purchases, Indigenous Protected Areas and individual private landholders have facilitated 95% of this growth.

So how did non-government organizations become such large players? After the national reserve system was set up, the federal government provided money for NGOs to buy land for conservation, if they could secure some private funding. Protected lands expanded rapidly before the scheme ended in 2012.

Unfortunately, federal funding did not cover the cost of managing these new protected areas. Support for Traditional Owners to manage Indigenous Protected Areas has continued, albeit on erratic short-term cycles and very minimally, to the tune of a few cents per hectare per year.

As a result, NGOs and Traditional Owners have increasingly had to rely on market approaches and philanthropy. Between 2015 and 2020, for example, the Traditional Owner non-profit carbon business Arnhem Land Fire Abatement Limited earned $31 million in the carbon credit market through emissions reductions. This money supports a significant portion of the conservation efforts of member groups.

What does this mean? In short, corporate partnerships and market-based approaches once seen as incompatible with conservation are now a necessity to address the long-term shortfall of government support.

You might think wider investment in conservation is great. But there are risks in relying on NGOs funded by corporations and philanthropists to conserve Australia’s wildlife.

For instance, NGOs may no longer feel able to push for transformative political change in conservation if this doesn’t align with donor interests. There’s also lack of transparent process in how conservation funding is allocated, and for what purpose.

On paper, conservation in Australia looks in good shape. But even as protected areas of land and sea have grown, the health of our environment has plunged. The 2021 State of the Environment Report is a sobering reminder that it’s not enough simply to expand protected areas. It’s what happens next that matters.

If we value these protected lands, we have to fund their management. Without management—which costs money—protected areas can rapidly decline, especially under the impacts of climate change.

We also have to tackle what happens outside protected areas. We can’t simply keep sectioning off more and more poorly funded areas for nature while ignoring the drivers of biodiversity loss, such as land clearing, resource extraction, mismanagement and the dispossession of Indigenous lands.

It’s excellent our new environment minister wants to begin the environmental repair job. But creating protected areas is just the start. Now we have to answer the bigger questions: how we care for ecologies, whose knowledge is valued, who does this work and how will it be funded over the long term.

We also have to go beyond lip service to Indigenous knowledge and Caring for Country to genuinely acknowledge First Nations sovereignty and support self-determination.

On this front, moves by conservation organizations to return land to First Nations suggests a willingness in the conservation community to begin this work.

While our protected area estate is large and set to grow further towards the 30 by 30 goal, lines on a map do not equate to protection. We have long known the funding and capability for actual protection is woefully inadequate. For us to reverse our ongoing environmental collapse, that has to change.

Protected areas cover a sixth of Earth’s land and freshwater