Project Zomboid is getting “realistic bleach-drinking” 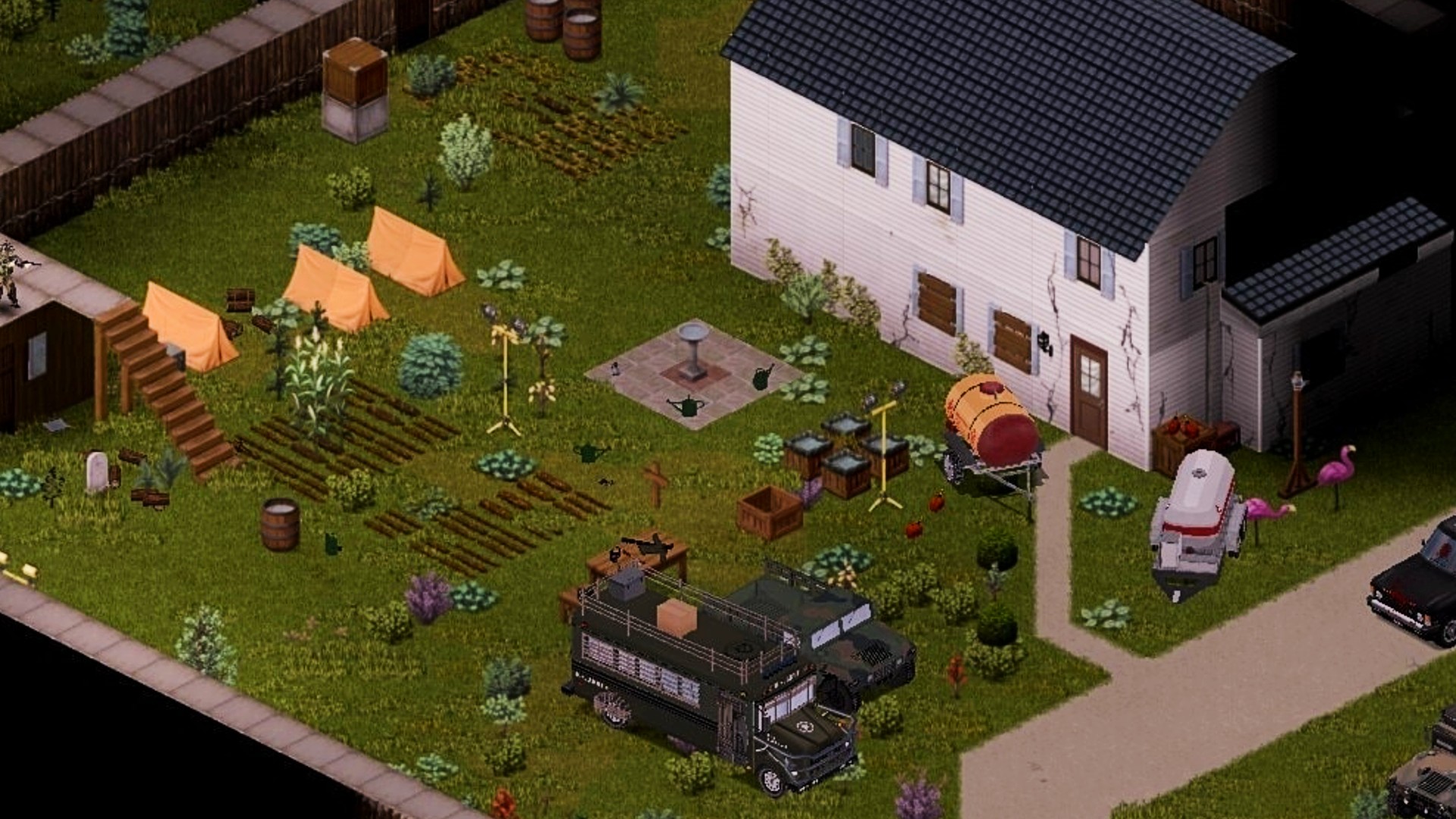 “We’re going to have the most realistic bleach-drinking ever seen in gaming,” the developers of Project Zomboid cheekily proclaim in their latest update. The deceptively lo-fi zombie survival game is gearing up for its next big patch, 42, which includes a complete redesign of how fluids work.

The redesigned fluids system is part of a broader effort underway to bolster Project Zomboid’s crafting system. The Indie Stone says that Build 42 is focused on making long-term survival a more robust experience, and making crafted items more interesting to use and interact with.

Liquids are a key part of this survival crafting ecosystem. Your characters need to stay hydrated, of course, but they also need to carry fuel around to power vehicles. Liquids can be flammable or poisonous, and these effects need to have different strengths depending on what the liquid is.

The Indie Stone says you’ll be able to precisely mix liquids using the new system, pouring fluid from one container into another, and the new fluid system will be able to account for this. An extremely poisonous liquid could be diluted with water, resulting in a diminished poison effect.

The developers say they’re considering what limitations to put on this system: it might be impractical to allow players to dilute gasoline, for example, since that would make it necessary to work out how much that would damage engines it was used in. However, they have some neat ideas: characters with specialised skills, like mechanics and chefs, would be able to recognise something off about fluids like poisoned juice or watered-down fuel.

There’s plenty more in the latest post: it shows off a work-in-progress menu for a working chicken coop that allows you to grab both chickens and eggs out of it. The Indie Stone says the idea for this would be that you’d need to shut the hens into the coop at night to protect them from predators, but – as in real life – be sure to remember to let them out in the morning if you don’t feel like cleaning up a terrible mess. You’ll also have to be diligent about collecting the eggs in each nesting box, or the hens will eventually look for new places to lay them.

The studio says build 42 will also feature a host of improvements to the Project Zomboid game engine, multiplayer systems, and the early game. There’s still a while to wait, however – build 42 is “still some ways off.”

Amazing Spider-Man #6 Preview: Blast from the Past