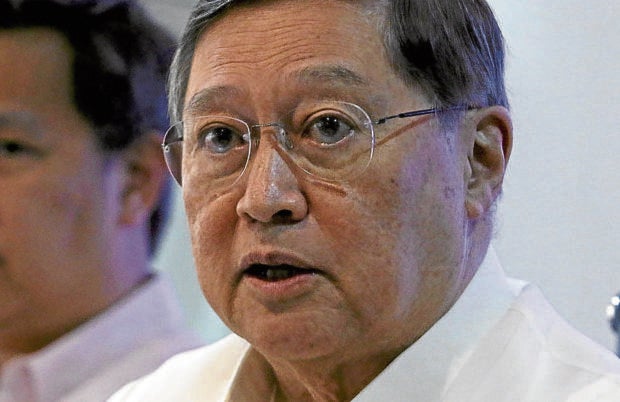 With the Duterte administration hard-pressed to speed up recovery from the pandemic-induced recession, its chief economic manager on Tuesday urged business leaders to lessen their dependence on the government and warned against the potential consequences of some private sector-led lobby against mandatory insurance premium increases.

Speaking before members of the Management Association of the Philippines (MAP), Finance Secretary Carlos Dominguez III bewailed some private investors who were always seeking incentives from the government before they do business here.

“If it’s a good thing, you do it yourself … I don’t know why everything now depends on whether or not we give you tax breaks. Just do it yourself—if you’re going to make money, do it. Nobody’s stopping you—why do you need an extra boost from us?” Dominguez said, citing that he did not seek incentives when he forayed into his banana production, banking and mining businesses in the past.

Pending congressional approval is the Corporate Recovery and Tax Incentives for Enterprises Act (CREATE), which will slash the corporate income tax rate to as low as 20 percent among small firms retroactively to July 2020 while instituting reforms in the fiscal incentives regime to maximize perks extended to investors while minimizing foregone revenues amid the harder times wrought by the pandemic.

Last year, tax and non-tax revenues fell to P2.84 trillion—below the P2.85-trillion program and record P3.14-trillion collection in 2019, while expenditures on public goods and services climbed to P4.21 trillion from 2019’s P3.79 trillion even as actual spending was below the P4.23-trillion 2020 program to fight the health and socioeconomic crises inflicted by COVID-19.

Citing preliminary figures, Dominguez said the budget deficit widened to 7.5 percent of gross domestic product (GDP) in 2020, slightly smaller than the programmed 7.6 percent but more than double the 3.4 percent posted in 2019.

Amid weaker revenue collection, the deficit was funded by at least P2.63 trillion in gross borrowings, which did not include the P300 to 540 billion short-term repurchase agreements with the Bangko Sentral ng Pilipinas (BSP), that pushed the debt-to-GDP ratio to a 14-year-high of 53.5 percent.

The budget deficit is projected to further swell to 8.9 percent of GDP while an additional P3.03-trillion borrowings will elevate debt-to-GDP to a new high of 57 percent by end-2021.

“Even with the upscaling of our borrowing plan, we will still be able to keep our debt ratio within a sustainable threshold. This gives us the advantage over economies who were already saddled with heavy debt prior to the crisis. We remain confident that we can easily fulfill our funding requirement for this year,” Dominguez said.

Dominguez noted the business sector’s moves to stop the mandatory hike in the SSS’ monthly contribution rate to 13 percent this year as well as the Universal Health Care (UHC) Act-mandated increase in PhilHealth contributions.

“So you want to put in less, then you’re going to take out less,” Dominguez warned.

The biennial SSS contribution increases are aimed at keeping its fund life for a longer period after the P1,000-a-month pension increases granted by President Duterte in 2017 threatened to shorten it.

In the case of the corruption-ridden PhilHealth, Dominguez said: “It is a huge problem. There are many layers of that problem. We are working hard to make sure that there’s enough money for it.”

Also, Dominguez said they were on the lookout for increasing contingent liabilities from infrastructure projects rolled out through public-private partnership (PPP) as well as the current accounting practices of PhilHealth, SSS and the Government Service Insurance System (GSIS).

In the case of the modernization of the country’s main gateway Ninoy Aquino International Airport (Naia), Dominguez said the government was not to be blame if discussions with the two previous private-sector proponents—the Naia Consortium of tycoons and, later, Megawide Construction Corp.—fell apart.

In the case of the Naia Consortium, Dominguez said the government earlier on told the tycoons that they wanted to reduce contingent liabilities based on existing laws. But “they looked at it and looked at it and wasted almost two-and-a-half years looking at it, and finally say: ‘oh, because of COVID-19 we don’t want it anymore,” the finance chief said.

As for Megawide, Dominguez said “unfortunately, the law requires you to have a certain amount of capital and they don’t have it—and the only thing we have seen so far, in their press release, is they have capital, but we haven’t seen it in actuality.”

“What is the private sector doing—they want to do or they don’t want to do [Naia rehabilitation]? Make up your mind, because if not, Naia will do it itself. It may not be as good as the plans of the private sector, but their plans, they cannot be implemented anyway, so what’s the point of discussing that?” Dominguez said.

As for plans in Congress to amend the economic restrictions on foreign investments enshrined in the Constitution, Dominguez said he was amenable to opening up the economy except for land ownership.

“I think we should focus on the economic issues; we should open the economy more. Now, if other people want to discuss the other stuff, the political stuff to keep themselves in power, I think the public will react to that if they don’t like it,” Dominguez said. INQ

A Multiverse Imperiled in Thanos: The Infinity Conflict