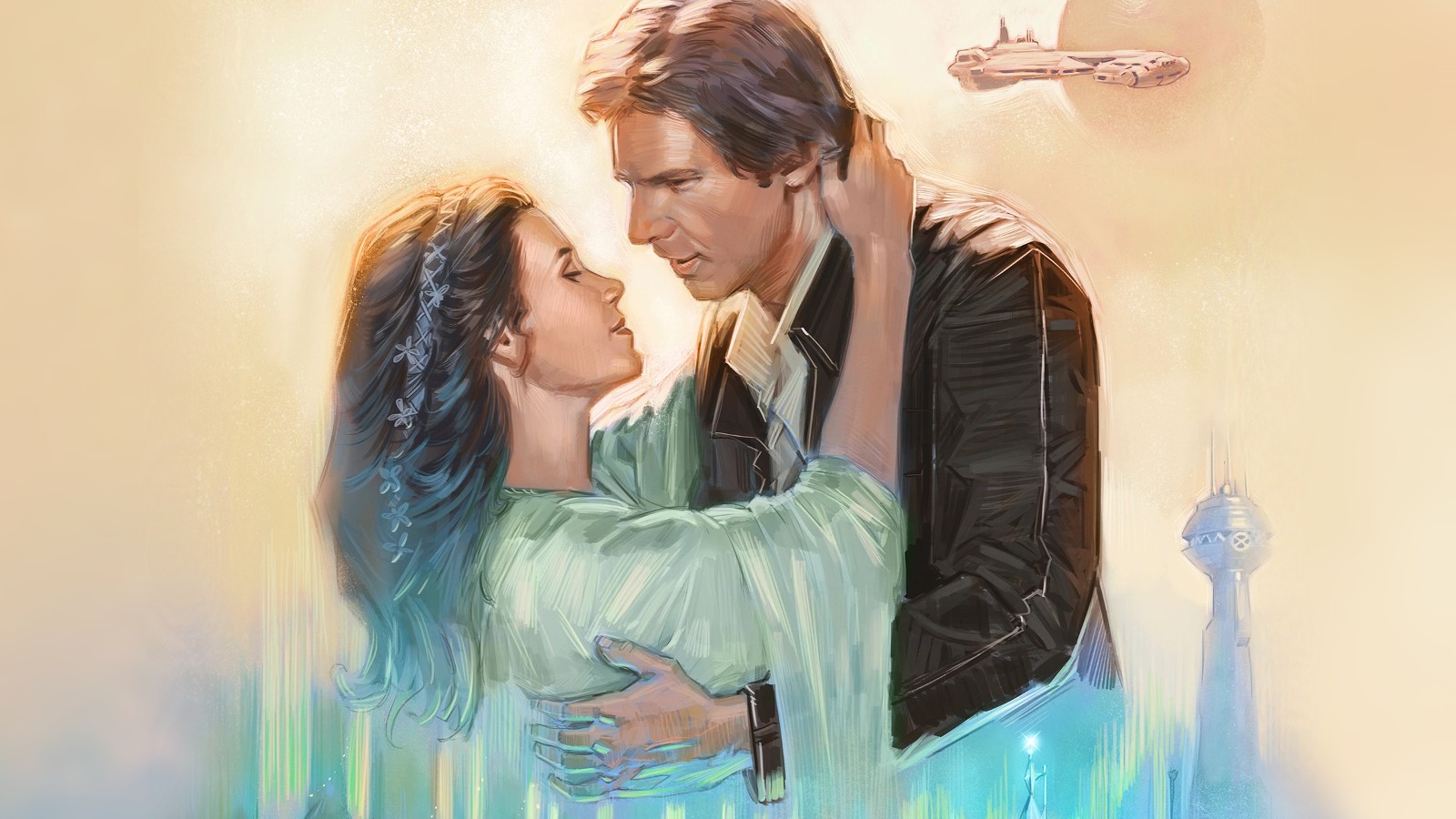 New concept art shows a stunning Princess Leia in her wedding dress in a chapter from the Star Wars universe we’ve not yet seen committed to live-action.

The beautiful portraits of Leia in her green gown, who is rendered in the likeness of the late Carrie Fisher, were created as part of the promotion of a new book centering on everyone’s favorite rebel Princess tying the knot with Harrison Ford’s Han Solo, Variety has reported.

The illustrations are by Tara Phillips, and the Beth Revis-penned book is titled Star Wars: The Princess and the Scoundrel, which traces the story of the couple formally getting hitched and having a baby, Ben Solo, following the events of the film Star Wars: Episode VI – Return of the Jedi.

Unfortunately, as anyone who has watched Star Wars: Episode VII – The Force Awakens would know, in the events of that film, Ben would eventually slay his own father with a lightsaber when he grew up and turned to the dark side. Having felt betrayed by his Jedi master, Mark Hamill’s Luke Skywalker, Adam Driver’s Ben would eventually take up the alter ego Kylo Ren, and become a zealot of his grandfather, Darth Vader.

But before those dark times, Leia and Han once had an idyllic love story, including a wedding and honeymoon amongst the stars aboard the luxury ship known as the Halcyon. That’s the very same space vessel that doubles as a high-end hotel room that Disney is now selling as a two-day-long experience for some $6,000, if you have the scratch to relive a honeymoon in the heavens.

As for Star Wars: The Princess and the Scoundrel, it is now available wherever books are sold, including outlets such as Amazon.

Breonna Taylor: Status of the Case Against Each Officer Charged