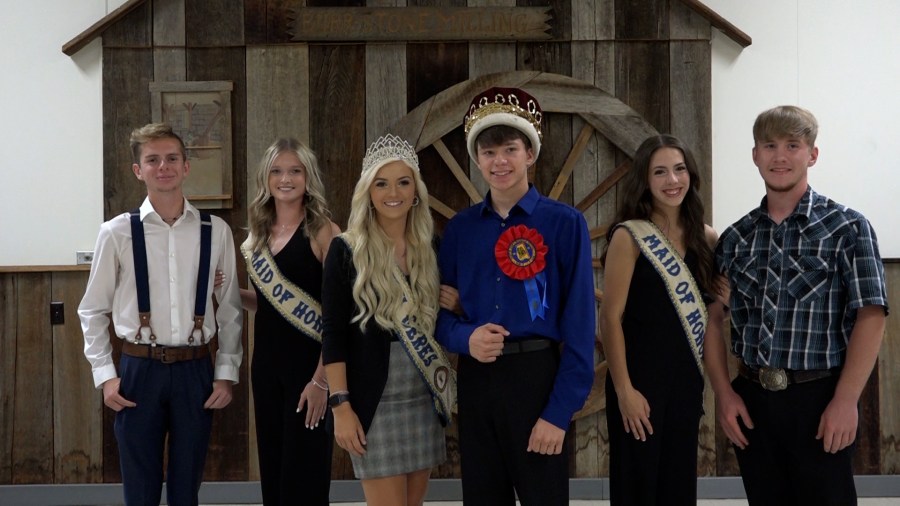 KINGWOOD, W.Va. – A media event was held at the Kingwood Volunteer Fire Department Community Building where the top members of the Senior Royalty Court and their families were able to answer questions.

The Preston County Buckwheat Festival kicks off Thursday, September 29, and it is the 80th year of the festival. They will have plenty of buckwheat cakes and sausage which they said is a crowd pleaser to all who attend the festival. Also, this year the festival will have performances by the West Virginia University band, as well as carnival rides, Parades, livestock sales, and a craft beer festival.

Organizers said that it is great to be back in the swing of things since the lifting of restrictions due to the COVID-19 pandemic. They said that this year is going to be even better with little restrictions in place. The festival is operated by volunteers from the county showcasing what the community can do by joining together.

“My big goal of being Queen Ceres was going around talking to kids, getting kids more into it because every year the king and queen gets smaller, and smaller, and smaller. And my big goal was to go out to kids and talk to them and show them that it’s actually still cool and it’s such a big opportunity to do. And I wanted to go and talk to kids about being bullied. I’ve been bullied all my life for having a speech impediment. So, I wanted to go out and you can do anything you set your mind to,” said Taylor Holt, Queen Ceres for the 2022 Preston County Buckwheat Festival.

“Being King Buckwheat I’ve got to go around to parades, and we have also gone to schools and talked kids and hopefully bring, bring some of the kids to want to do it when they get older because King Buckwheat there was only two of us that ran this year, and years in the past there have been boys that have been turned away because there has been too many.,” said Jimmy Peaslee, King Buckwheat the 80th.

High plant diversity is often found in the smallest of areas