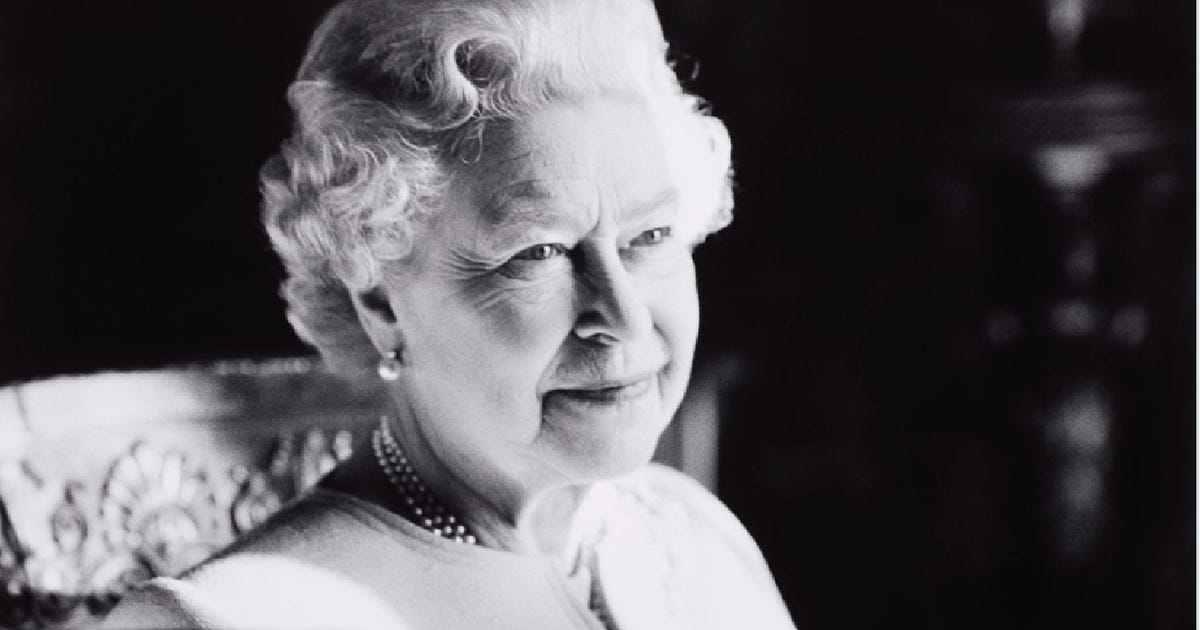 Worldwide tributes to Queen Elizabeth II are pouring in from the famous, as well as regular citizens from Britain and far beyond, following the news of the long-reigning monarch’s death on Thursday at age 96.

The queen ascended to the British throne in 1952 and is the only monarch many people can remember.

One tweet shared images of the queen taken every decade since her reign began.

Politicians the world over spoke up to remember the monarch.

“I remember her as a friend of France, a kind-hearted queen who has left a lasting impression on her country and her century,” French President Emmanuel Macron said in a statement.

Irish President Michael D. Higgins, leader of a country with a complex history with Great Britain, issued a statement calling the queen “a remarkable friend of Ireland.” He also said, “Her reign of 70 years encompassed periods of enormous change, during which she represented a remarkable source of reassurance to the British people. This was a reassurance based on a realism of the significance of present events, rather than any narrow conception of history.”

US President Joe Biden and his wife, Jill, called the queen “more than a monarch. She defined an era.”

Former US President Jimmy Carter, who at nearly 98 is about two years older than the queen, issued a statement: “Her dignity, graciousness, and sense of duty have been an inspiration, and we join the millions around the world in mourning a remarkable leader.”

“Queen Elizabeth ably led England through dark moments with her confidence in her people and her vision for a brighter tomorrow,” a statement from Bush read. “Our world benefitted from her steady resolve, and we are grateful for her decades of service as sovereign.”

“With the king’s family we mourn the loss of his mother and come together,” Truss said in a statement quoted by the BBC.  “We offer him our loyalty and devotion, just as his mother devoted so much to us for so long.”

Boris Johnson, the controversial British prime minister before Truss, also issued a statement, saying in part, “This is our country’s saddest day.”

Former Israeli PM Benjamin Netanyahu also tweeted his condolences. “She was a legendary sovereign, a beacon of integrity and a steward of a second Elizabethan age which will be remembered down the centuries,” he wrote. “May her memory be blessed.”

Celebrities including Star Trek’s George Takei honored the queen as well. “In her time, the queen saw a country and indeed a world transformed,” Takei wrote. “There shall be none other like her.”

Singer Ozzy Osbourne, born in England just a month after the newly ascended King Charles III, also weighed in, as did the legendary Paul McCartney, Sir Rod Stewart and Elton John, who said “she led the country through some of our greatest and darkest moments with grace, decency and a genuine caring warmth.”

“I mourn with my country the passing of our greatest queen,” Osbourne wrote. “With a heavy heart I say it is devastating the thought of England without Queen Elizabeth II.”

Soccer star Pele was one of many who reminisced about sharing personal experiences with the queen.

“I have been a great admirer of Queen Elizabeth II since the first time I saw her in person, in 1968, when she came to Brazil to witness our love for football and experienced the magic of a packed Maracanã,” he wrote. “Her deeds have marked generations. This legacy will last forever.”

The queen’s death has set into motion a long-set plan of 10 days of mourning. Her funeral is due to take place in nine days’ time at Westminster Abbey in London.