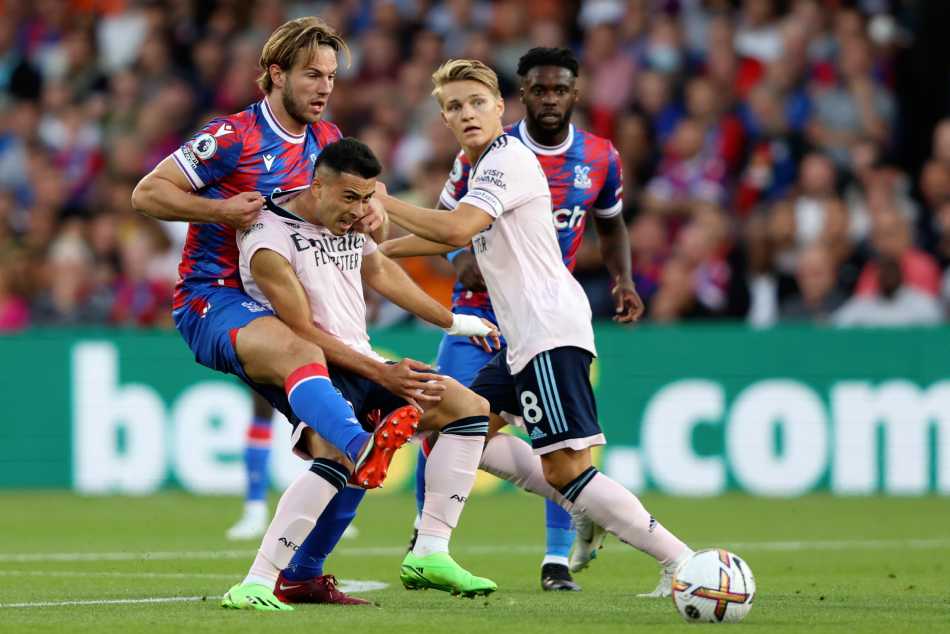 Aleksandar Mitrovic capitalised on Gabriel’s error to give the Cottagers the lead with his 100th goal for the club against the run of play, as Saturday’s London derby burst into life in the second half at Emirates Stadium.

Martin Odegaard equalised with a deflected strike and Gabriel scrambled the ball home in the 85th minute after former Arsenal goalkeeper Bernd Leno flapped at a corner.

Victory for the Gunners in Mikel Arteta’s 100th Premier League game in charge made it four out of four in the top flight this season and put them back at the top of the table.

Arsenal zipped the ball around with swagger in a promising start and Granit Xhaka burst into the penalty area to volley off target after Gabriel Jesus set him up.

Leno produced a fine save to deny Bukayo Saka an opening goal when the winger found himself through one-on-one, in a first half where Arteta’s side dominated but lacked a cutting edge.

Leno was called into action again early in the second half, palming away Odegaard’s drive and smothering a shot from the lively Jesus.

It was Fulham who took the lead 11 minutes into the second half courtesy of a gift from Gabriel, who was made to pay for dallying on the ball when Mitrovic robbed him and slotted beyond Aaron Ramsdale.

Arsenal were level eight minutes later, though, when the excellent Odegaard’s left-footed shot from just inside the area deflected in off Tosin Adarabioyo.

Eddie Nketiah flashed a shot wide of the far post and fired straight at Leno as Arsenal piled on pressure, but Gabriel pounced to prod in from close range when the Fulham keeper made a mess of trying to deal with a corner from the left.

Nathaniel Chalobah could have snatched a point, but Ramsdale denied him to ensure Arsenal have maximum points in a promising start to the campaign.

Earlier after a winless three-game start to the season, Liverpool responded in style against Bournemouth at Anfield by equalling the record for the biggest win in Premier League history.

It saw them join Manchester United, Leicester City and Tottenham as the only clubs to have scored nine in a match in the competition.

The win also marked the first time Liverpool had hit the nine-goal tally since a 9-0 victory against Crystal Palace in December 1989 in the old First Division.

Erling Haaland’s scored a hat-trick as Manchester City once again fought back from two down, beating Crystal Palace 4-2 at the Etihad Stadium

Pep Guardiola’s men found themselves trailing by two goals for the fourth time in six Premier League matches, but they stormed back to defeat Palace.

The former Manchester City forward opened his account at Stamford Bridge with a second-half brace to get Chelsea back to winning ways in the Premier League.

Bruno Fernandes guided Manchester United to a 1-0 victory over Southampton at St Mary’s as they claimed back-to-back wins for the first time in the Erik ten Hag era.

Fernandes, retaining the captain’s armband as both Harry Maguire and Cristiano Ronaldo started on the bench, produced a classy 55th-minute finish to hand United the win.

Demi Moore Glows in Bikini Photos from Her Holiday in Greece