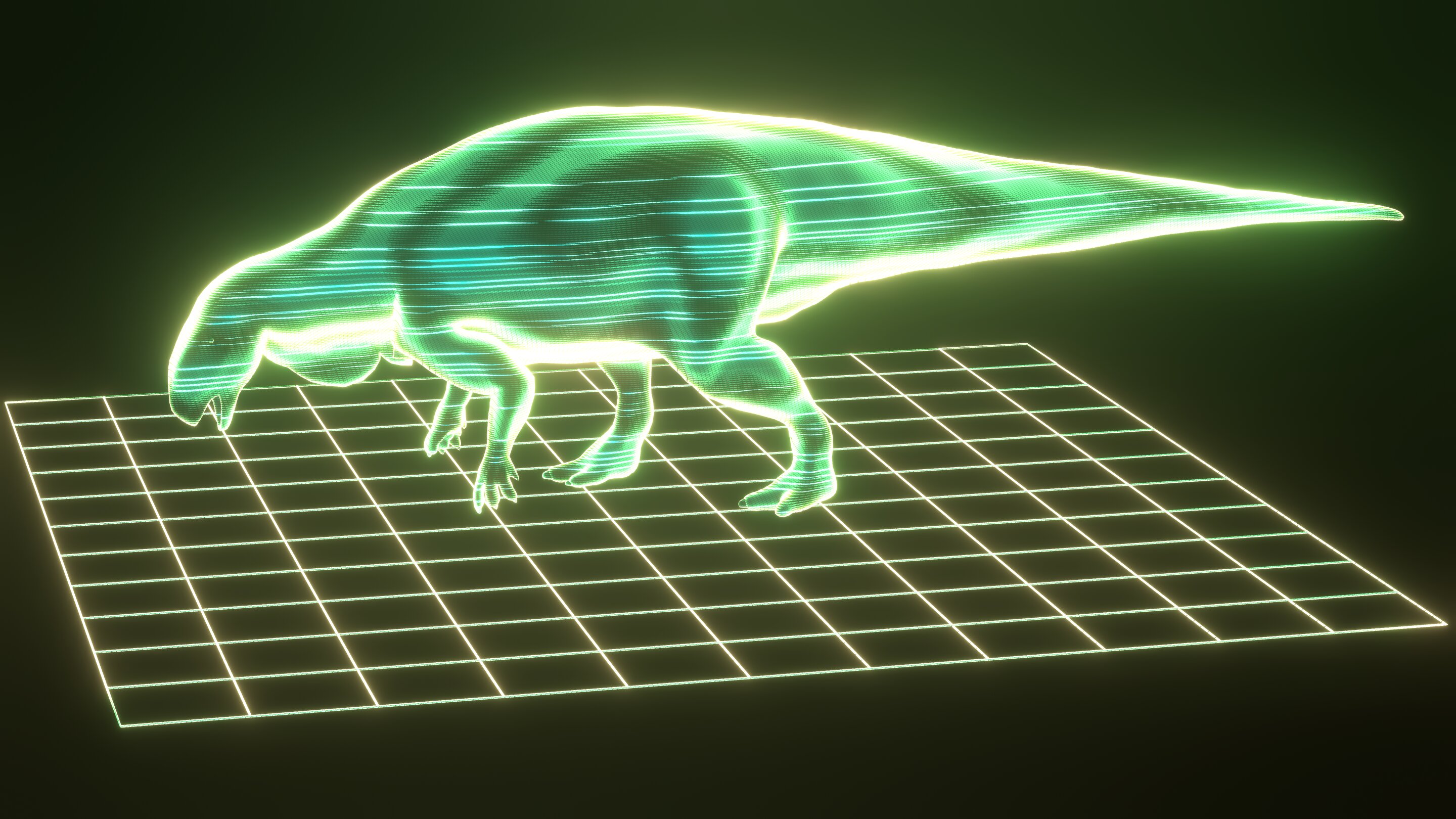 Artificial intelligence has revealed that prehistoric footprints thought to be made by a vicious dinosaur predator were in fact from a timid herbivore.

“Large dinosaur footprints were first discovered back in the 1970s at a track site called the Dinosaur Stampede National Monument, and for many years they were believed to be left by a predatory dinosaur, like Australovenator, with legs nearly two meters long,” said Dr. Romilio.

“The mysterious tracks were thought to be left during the mid-Cretaceous Period, around 93 million years ago.

“But working out what dino species made the footprints exactly—especially from tens of millions of years ago—can be a pretty difficult and confusing business.

“Particularly since these big tracks are surrounded by thousands of tiny dinosaur footprints, leading many to think that this predatory beast could have sparked a stampede of smaller dinosaurs.

“So, to crack the case, we decided to employ an AI program called Deep Convolutional Neural Networks.”

It was trained with 1,500 dinosaur footprints, all of which were theropod or ornithopod in origin—the groups of dinosaurs relevant to the Dinosaur Stampede National Monument prints.

The results were clear: the tracks had been made by a herbivorous ornithopod dinosaur.

Dr. Jens Lallensack, lead author from Liverpool John Moores University in the UK, said that the computer assistance was vital, as the team was originally at an impasse.

“We were pretty stuck, so thank god for modern technology,” Dr. Lallensack said.

“So—to really check our science—we decided to go to five experts for clarification, plus use AI.

“The AI was the clear winner, outperforming all of the experts by a wide margin, with a margin of error of around 11 percent.

“When we used the AI on the large tracks from the Dinosaur Stampede National Monument, all but one of these tracks was confidently classified as left by an ornithopod dinosaur—our prehistoric ‘predator’.”

The team hopes to continue to add to the fossil dinosaur tracks database and conduct further AI investigations.

The research is published in the Journal of The Royal Society Interface and includes collaborations between Australian, German, and UK researchers.

A replica of the dinosaur trackway is on display at the Queensland Museum, Brisbane, and the track site can be visited near south-west of Winton, Queensland.

Provided by
University of Queensland

The Awaken Legends: IDLE RPG Soft Launch Is Live Tomorrow in Canada and the Philippines