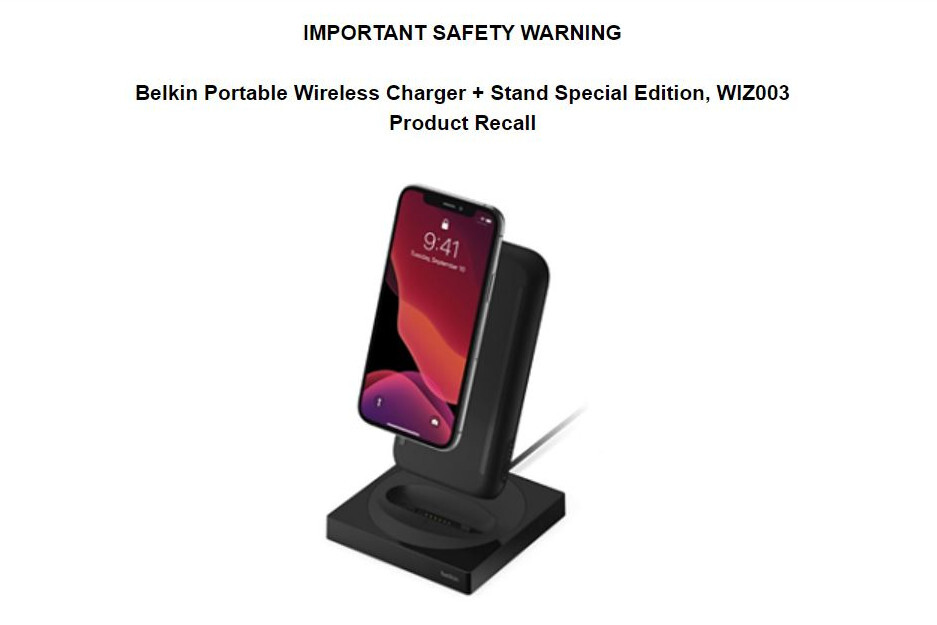 Belkin has issued a voluntary recall of its Belkin Portable Wireless Charger + Stand Special Edition (WIZ003) as it might be at risk of causing a fire, reports The Verge. The company has found the wireless charger has been subject to overheating due to a malfunction. The aforementioned charger was previously sold on Belkin websites, as well as on the Apple website and Apple retail stores.

The Belkin Portable Wireless Charger WIZ003 is being recalled

The company states that no incidents have been reported, but users who have the Portable Wireless Charger + Stand Special Edition (WIZ003) are advised to unplug the charger and to stop using it immediately. The company is giving a full refund to the customers who bought this product. Additionally, Belkin will give to customers instructions of how to securely dispose of the faulty product.

Keep in mind that Belkin reported that no other Belkin chargers or products have been affected by this issue. According to The Verge, the issue affects only chargers sold between June 2020 and October 2020.

If you own the Belkin Portable Wireless charger + Stand Special Edition (WIZ003) you can fill in a form for refund request at Belkin’s website.