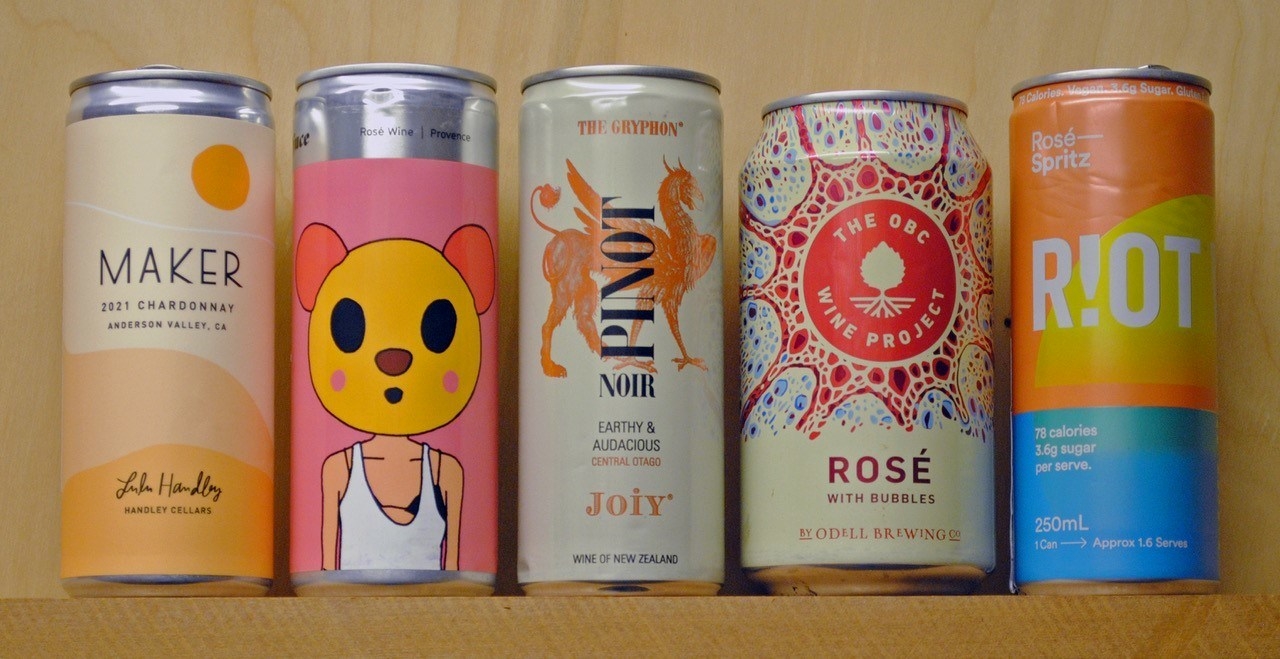 The irony of driving a fully loaded 2022 Bentley Flying Spur hybrid to Boonville for the Canned Wine Competition was not lost on anybody.

When we arrived at the Mendocino County Fairgrounds, everyone wanted to smell the leather interior, an aroma not uncommon to the finest cabs and merlots money can buy. Cars like this make you want to splurge.

But splurging isn’t necessary. As the fourth annual Canned Wine Competition proved, the feeling of luxury can be had in a well-made wine in a well-dressed can. No cork, no sediment, no drips, no fuss. Pop the tab and enjoy. No wonder cans are the fastest growing part of the wine market.

But which ones are best? Winners were announced in five categories from among 300 canned wines from all over the world, including Chile, South Africa, Europe, New Zealand, Australia, Colorado, Japan, New York and California:

That first winner should get your attention. Handley Cellars out of Anderson Valley is celebrating its 40th anniversary this year. Winemaker Milla Handley was the first woman to build her own winery brand in California. The name Renault & Handley might be familiar, as Milla’s dad Raymond Handley was a scion of real estate in the heyday of Silicon Valley.

Since Milla’s passing, the winery has been run by her daughter Lulu. She embraced the concept of cans when the women of Maker Wines came to her and suggested a partnership. Maker was born of a Stanford Business School project. They help small producers put good wine in great-looking cans that tell a story.

The Maker gals—Sarah Hoffman, Kendra Kawala and Zoe Victor—did their homework to ensure they were using the best cans (250ml, coated) and the best science, plus they have their own canning line, which they send directly to the individual wineries.

The winning Handley cellars chardonnay was the first of this varietal that Maker has canned. They searched far and wide for just the right expression of this queen of white wines and were rewarded mightily. The Maker Handley pinot noir also scored gold at the Boonville competition, where a wine either gets a gold or nothing. Rejection is a harsh mistress: Still, 30% of the wines earned gold, a bit above average.

As with cars, wine is largely an emotional play. Maker makes it easy to sample multiple chapters of many different stories: each can is one-third of a bottle, so you’re not making a big commitment. They offer everything from sparkling sauvignon blanc to merlot to zinfandel.

Especially recommended are Nicole Walsh’s sparkling Riesling and cabernet Pfeffer (she’s made Bonny Doon wines for two decades), the Verdelho from Wander-Must Wines and the Proxy grenache blanc from Michael Michaud’s vineyard in Chalone. Michaud used to have a tasting room in Saratoga.

Maker’s can club is a great way to sample the wares. A six-pack will easily fit in the Flying Spur’s glove box. Like electric vehicles, canned wines are inevitable. Might as well embrace both concepts.

Wind energy and golden eagles collide in the U.S. West