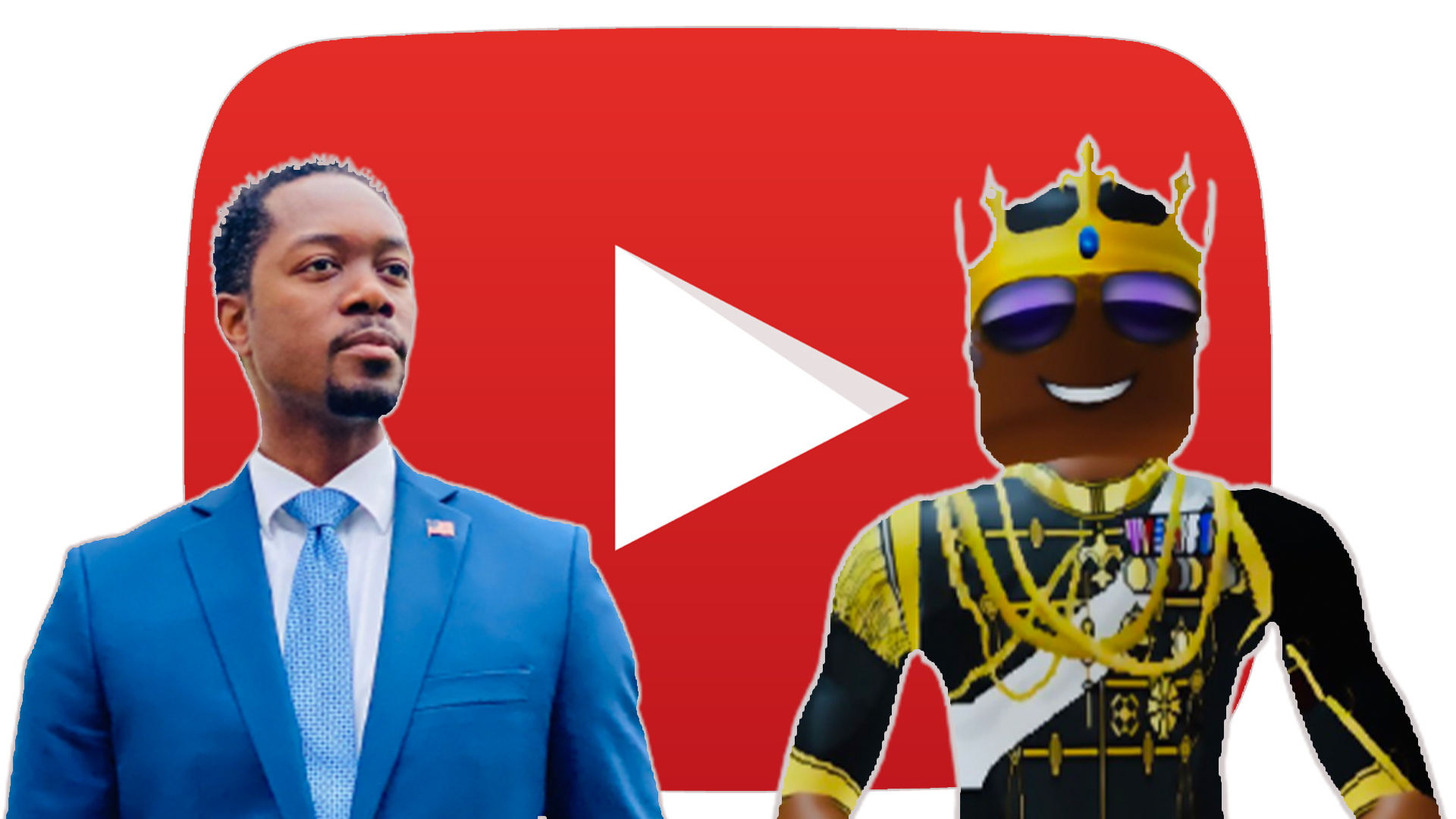 This article has been updated to include quotes from Allen Ellison.

Florida-based politician Allen Ellison recently launched a Roblox YouTube channel, in an effort to appeal to a broader audience by using the well-known sandbox game platform.

In the video, posted on September 3, Ellison offers Laughability his thoughts on the metaverse before the YouTuber asks the politician about what records he enjoys. It’s a short, fun, and light conversation that gives a small peek into Ellison’s personality and show he’s familiar with the same technology that his constituents use.

“I started my YouTube channel so that I can continue connecting with younger audiences. I believe in community engagement, youth leadership and creating social impact,” he told PCGamesN via email.

In a tweet on the same day, Ellison shared that in 2021, he was the first politician to join Roblox and said he’d met thousands of future leaders via the United for America mentoring group on the Roblox platform.

“Social change can happen through the passing of laws or it can happen by reaching younger audiences with the right messages for these platforms, I choose the latter,” he says. “Our young people can benefit greatly from messages of love, hope, unity, and the idea that we are in this world together and that we need one another.”

And it looks like Ellison’s investment in Roblox is paying off. He has amassed more than 146,000 Twitter followers and is a well-known voice within the Roblox community. He regularly shares tweets from fans who have encountered him in the sandbox game. He also tweets about what games he’s playing and where players can find him.

“Roblox and YouTube are great platforms for reaching open-minded and brilliant innovators,” he told PCGamesN. “I love engaging with creative people who think outside of the box and I have found that Youtubers and Roblox players are some of the most interconnected and dynamic people that I have come across.”

Ellison recently ran for a seat in the U.S. House of Representatives, seeking to earn the Democratic party nomination to represent Florida’s 23rd Congressional District. He ran on a platform promoting gender equality, gun safety, universal basic income, a thriving wage, housing, accessibility, and universal healthcare. However, he was unable to secure the nomination.

Politicians are increasingly finding homes within the gaming community. Former president Trump made waves when he joined Twitch, though most of his channel content was rebroadcasts of political events instead of the real-time interactions that are more common on the platform. He has since been banned indefinitely. 2016 and 2020 Democratic presidential candidate Bernie Sanders also has a Twitch account with more than 170,000 followers. Alexandria Ocasio-Cortez,  U.S. representative for New York’s 14th congressional district, took to Twitch in 2020 to play Among Us alongside some of Twitch’s most notable personalities, including Pokimane and HasanAbi, to educate people about voting. The livestream amassed more than 430,000 views on her channel.

Players recently spotted Ellison in Royale High, and you can likely also find him in some of the games on our list of the best Roblox games in 2022. If you plan to check out the games on that list, snag some avatar gear with our Roblox promo codes list for September, and you’ll also want to get some free music with our Roblox music codes for September to freshen up your playlists.