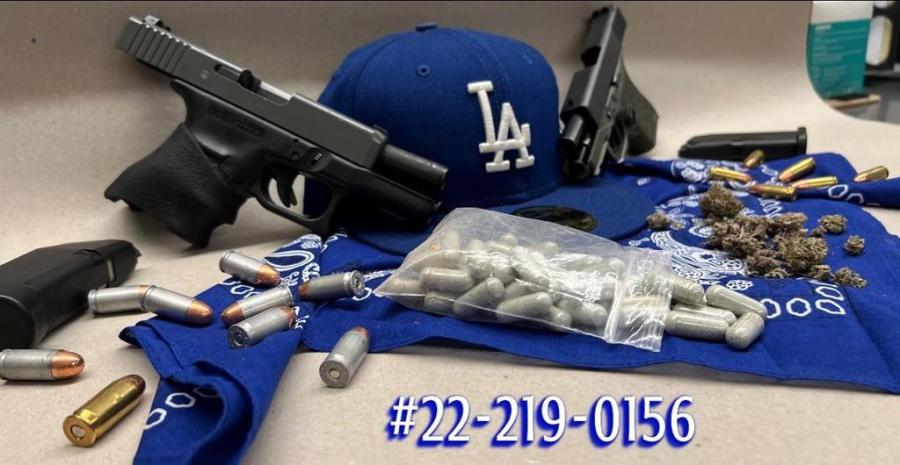 A photo posted by SJPD shows police also recovered an amount of marijuana, a blue bandana, and a Los Angeles Dodgers hat. There were a total of five occupants of the stopped vehicle, and four of them were convicted felons, police said.

Joseph did not confirm in his tweet whether or not those five occupants were arrested or booked into jail. No other details were provided.

In California, convicted felons are prohibited from possessing firearms. A ghost gun is a privately manufactured firearm that is not registered. Ghost guns do not have serial numbers and are typically untraceable.