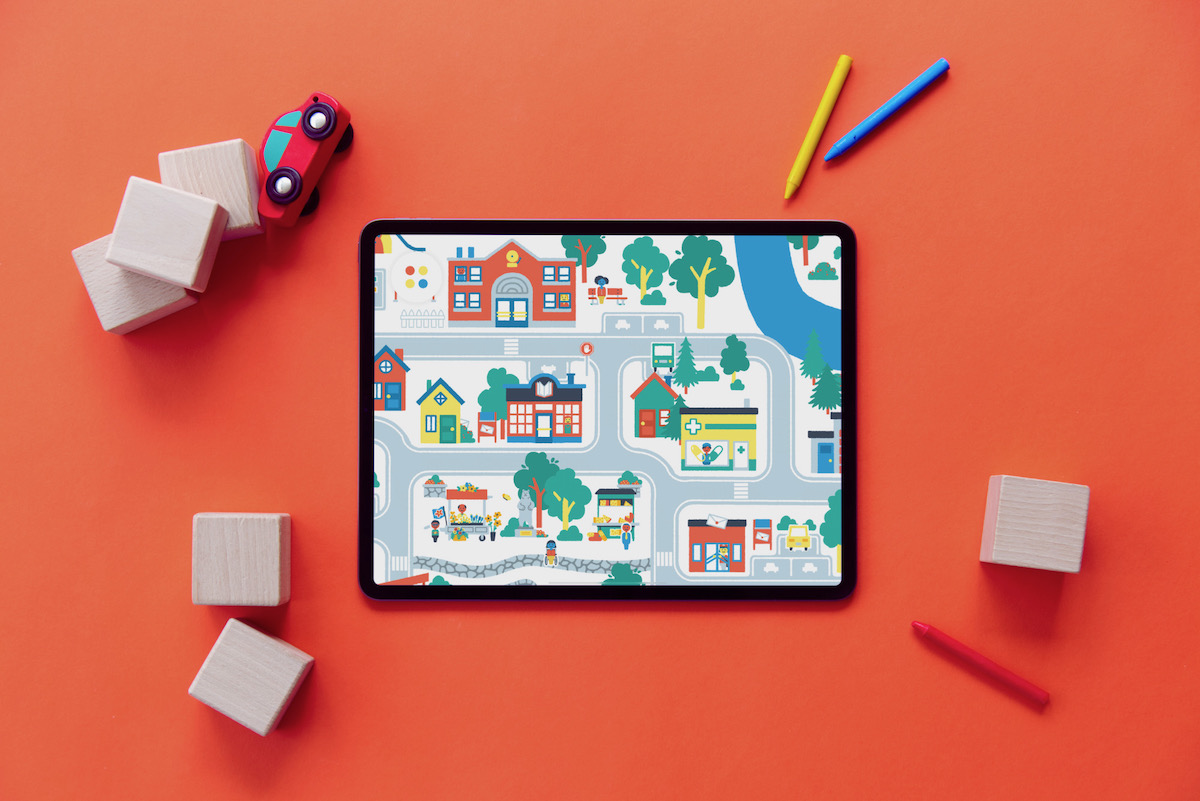 Say hello to Pok Pok Playroom — a new game from Pok Pok, a new studio incubated at Alto’s Odyssey developer Snowman. On Tuesday, the Toronto-headquartered indie developer announced Pok Pok Playroom, a virtual playroom designed for children aged 2–6 that offers “a collection of toys handcrafted to spark imagination, creativity and learning through open-ended play.” Snowman claims that the toys in Pok Pok Playroom will grow up with your kids, showcasing new sides and more ways to play as they become more curious. Pok Pok Playroom is out May 20 on iPhone and iPad — and it will be subscription-based at Rs. 349 / $3.99 a month or Rs. 2,699 / $29.99 a year after a 14-day free trial.

What do you get for that recurring investment? The toys in Pok Pok Playroom will be updated and new toys will be added regularly, with the team promising that there will “always be something new to explore”. And while parents might argue that kids can be kept entertained for free with YouTube videos, Pok Pok Playroom is trying to offer something very different. It stresses hand-drawn animation, gentle sounds, and peaceful playtime, and the need to captivate kids without “over-stimulating them”. In a world where everything is designed to do the polar opposite, that seems like a bold bet. Instead of passive consumption, Pok Pok Playroom wants kids to use their imagination.

To craft Pok Pok Playroom, the developers worked with educators of all kinds — including school teachers, occupational therapists, sensory experts, and early childhood instructors. While Pok Pok Playroom is designed for kids’ playtime, it also aims to very much offer a learning experience alongside. Pok Pok Playroom comes with built-in quick questions that parents and caregivers can ask their little ones during playtime — think of them as learning prompts. It’s clear that Snowman has bigger ambitions here, which is why Pok Pok Playroom is being published by Snowman’s new label Pok Pok, which was founded at the Canadian studio before it branched out.

In its announcement, Pok Pok said that its team consists of “toymakers in a digital age” whose mission is to “help raise and inspire the next generation of creative thinkers”. That’s again, a huge ask, especially when many parents are content keeping their children occupied by handing them an iPad and opening the YouTube Kids app. Will those parents consider paying over Rs. 2,000/ $30 annually for a single app that might make better use of their time — and not turn them into dopamine-fuelled digital addicts? Maybe Pok Pok believes there’s enough parents who do care about that sort of thing.

Snowman has been expanding ever since its dual success with Alto’s Adventure and its sequel Alto’s Odyssey gave it renown among the gaming community and won it many fans for its chill, relaxed gameplay. When Apple Arcade debuted, it helped California-based The Game Band deliver Where Cards Fall (coming soon to PC and Nintendo Switch), and Oslo-based Agens in bringing endless skateboarding title Skate City (recently released on PC, PS4, Switch, and Xbox One).

Denial of responsibility! My droll is an automatic aggregator of the all world’s media. In each content, the hyperlink to the primary source is specified. All trademarks belong to their rightful owners, all materials to their authors. If you are the owner of the content and do not want us to publish your materials, please contact us by email – admin@mydroll.com. The content will be deleted within 24 hours.
childrenkidspok playroom game app kids iphone ipad snowman altos odyssey adventure pok pok playroompok poksnowman
0
Share